Can mushrooms really improve your workouts?

If adaptogens have been on your radar, you might have come to know about functional mushrooms. Over recent years, the demand for these mighty mushrooms have bloomed in the supplement aisle, thanks to its value as a viable source of antioxidants as well as anti-inflammatory and immune-boosting qualities. Here, we take a look at a few popular varieties in the market, and review what modern science has unveiled so far on their adaptogenic, performance-enhancing capabilities.

But Wait, What Exactly Are Adaptogens?

Health is the ability to adapt to one’s environment. –George Canguilhem, Normal and Pathological (1943) (1)

As you probably know, exercise itself is actually a form of stress — but not necessarily in a bad way.

As you continue to train, your body gets better at handling this “stress” load, which could translate to increased endurance and stamina. In a way, the concept of adaptogens is analogous to regular training- They’re believed to help our body build resistance or “immunity” against stress effects, and make us become better at handling it.

Over the years, herbal and mushroom adaptogens have received widespread attention among athletes looking to tune up their performance in situations of mental and physical stress. Even in ancient sport arenas, Greek Olympians and Roman gladiators were known to consume various plants and mushrooms as a means of improving performance(2). So which ones have the most research supporting them?

Ganoderma lucidum, a mushroom known as Reishi (by Japanese term) or Lingzhi (in Chinese), has been coined as the “mushroom of immortality”.

That’s obviously hyperbole, but this species is highly valued for its vast number of bioactive components. So much so that in 2010, a lingzhi-based drug was approved in China as an adjunctive therapy to cope with the side effects of chemo/ radiation treatments for cancer (3). Not surprisingly, G. lucidum has been studied for its potential role in treating other diseases like diabetes and liver disease. A study reported favorable outcomes of G. lucidum supplementation (6g/day for 6 weeks) in improving the physical fitness in women suffering from fibromyalgia, a condition characterized by widespread musculoskeletal pain and accompanied by fatigue and sleep issues (4).

It also might help with altitude training, a protocol whereby athletes train in high altitudes to help increase the amount of red blood cells the body produces, which would boost oxygen levels and thereby enhance endurance.(5). One approach is “living-high-training-low” (LHTL) approach, and a study published in the British Journal of Sports Medicine sought to investigate the potential effects of G. lucidum on reducing the stress and modulating the immune functions in football players undergoing this programming (6). The results of the study were promising: favorable outcomes were observed in the group that consumed 5g of G. lucidum extract per day for 6 weeks, so it appeared that G. lucidum could offer benefits to attenuate the imbalance in immune cells caused by strenuous physical exercise.

Cordyceps (Ophiocordyceps sinensis), another “medicinal mushroom” found naturally in the mountain regions in Asia, is highly valued by traditional healers in ancient Chinese and Tibetan medicine (7). The mushroom consumed as a tonic was said to help improve energy, appetite, stamina, libido, endurance, and sleeping patterns. Modern science has reported its potential role in improving cholesterol and blood pressure. In sports, cordyceps supplementation (240mg/d for 2 weeks) appeared to be effective in reduce fatigue and improving energy use (ie. better respiratory and cardiovascular responses) (8).

With regard to altitude training, it is proposed that cordyceps could be useful to enhance performance due to its ability to stimulate vasodilation (meaning widening of blood vessels along with increased blood flow), and promote efficient oxygen use in tissues (5). A study found that the provision of cordyceps-based supplement (600mg/d) during a 2-week training period resulted in quicker adaptation to high altitude training as well as improved aerobic capacity.

Lion’s mane is known to be a rare and precious source in nature, but if you are in luck, you can easily spot it by its unique appearance of ivory, icicle-like spines forming a pom-pom shape. Lion’s mane is treasured as a culinary delicacy in many parts of Asia, and has attracted further attention for its role as a functional food to promote health.

To date, most studies on this mushroom were done in animal models or test tubes, though its health-promoting potentials have been reported including anti-inflammatory, neuroprotective, cholesterol-lowering and cancer fighting properties. For example, a recent lab study suggested that the mushroom extract appears to display prebiotic activities that can help improve digestion (9). A study done on mice indicated that a diet supplemented with lion’s mane resulted in a significant increase in muscle endurance with improved fatigue (10). In the few studies done in humans, older adults who supplemented with lion’s mane showed cognitive improvement (11).

[Learn more: The Best Foods and Supplements for Fighting Inflammation.]

This is another type of functional mushroom that has been growing in demand in the form of capsules, powders, and liquid extract, though it seems that the most popular method of consuming it recently is chaga tea. Traditionally, it has long been used in Russia and other Baltic countries as a folk remedy to treat many health issues ranging from stomach ailments to tuberculosis and diabetes. Modern research over the years have investigated its promising therapeutic effects characterized by its antioxidant, antiviral and immune-enhancing properties (12). Currently, its use in human subjects research is lacking but a number of animal and in vitro studies have yielded favorable results. For example, a study in mice indicated that dietary chaga supplement for a period of 14 days offered anti-fatigue effects, observed by an increase in exercise duration and liver glycogen stores, and a decrease in metabolic waste product from muscles including lactic acid (13).

Shiitake (Lentinus edodes) has become a staple in many kitchens nowadays. Its full-bodied flavor and hearty texture not only make it a favorite in many dishes such as soups, stir-fries, and salads, but also make it a great addition to meatless meals. Apart from being a prizewinner in the flavor department, shiitake is widely recognized as a nutrient powerhouse of vitamins and minerals like vitamin D, vitamin B (thiamine, riboflavin, niacin), magnesium, phosphorus and zinc (14).

Shiitake offers well-documented healthful effects including antioxidant, anti-inflammatory, immunoregulatory and regenerative properties. While fresh ones are readily available thanks to commercial cultivation (a quick trip to the grocery store confirms this), shiitake is also widely available in the supplemental form for people wishing to compliment any healthy eating plan. In a study that first examined the use of shiitake supplement in physically active individuals, researchers suggested that the shiitake extract (1.4g per day) consumed for 10 days prior to exercise appeared to promote antioxidant activities that are advantageous to exercise-induced muscle damage (14).

Note that the research evidence reviewed here were on individual mushroom types with doses ranging from 240mg up to 6000g per day, but mushroom supplements nowadays are commonly marketed as a combination of few different types. With that being said, there is no conclusive evidence or guidelines on the quantity or intake duration that is required for a supplement to be effective.

Much of the research on these mushrooms are still underway, and like many other herbal supplements, little is known so far about the safety of its long-term use. While it might be a no-brainer to wind down with a cup of mushroom tea, remember that research is preliminary and that managing recovery and inflammation requires more than just a serving of shrooms. Also, many herbal products can interact negatively with prescription medications, so be sure to discuss it with your healthcare provider if you are already on medication and wish to try out a new supplement. 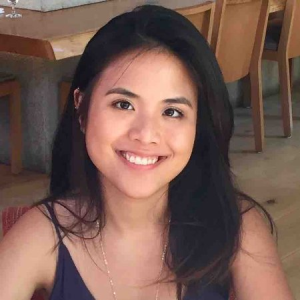 Hennis is a New York City-based Registered Dietitian (RD). She earned her Bachelor’s Degree in Food Science and Nutrition from the Ohio State University, before completing her Dietetic Internship and Master’s in Clinical Nutrition from NYU. She started her career as a clinical dietitian in NYU Langone Medical Center followed by Mount Sinai St. Luke’s Hospital. She has extensive experience working with both adults and children on a wide range of medical conditions, including gastrointestinal disorders, diabetes, food allergy/ intolerance and weight management.Hennis’s deep love for food stems from her childhood and also having travelled to various places in Asia, Europe and the United States. Her favorite childhood memories are having home-cooked family dinners every night, and taking the first bite of her mom’s freshly baked bread. She is an adventurous eater who enjoys trying out new cuisines and flavors, and is fascinated by culinary traditions and customs. She recently fell in love (unexpectedly) with canned sardines in Portugal.