3 Reasons CrossFit Athletes Should Train Without a Belt (Sometimes)

Lifting belts are undeniably a useful tool, but there are also times to abandon the belt.

A moment of panic: I landed in France, opened my suitcase and realized I had forgotten to pack my weightlifting belt.

‘I can’t go five months without a belt,’ I thought to myself, as my anxiety started to build. ‘My back is not going to like this one bit.’

Then, I did what any belt addict would do: I immediately went online and selected a belt. But when I went to checkout, my order couldn’t be processed, as I needed a French phone number.

‘Oh well, I’ll order one once I get a European number,’ I thought.

A week of beltless workouts went by, and then two, and then three: To my surprise, I started to experience some value in lifting without a belt and made the decision to stick it out beltless until I returned home to Canada.

Four months later, I can safely say my back, which has notoriously caused me troubles, has never been better. Second, my ability to brace and create active tension while squatting and deadlifting has improved. In short, I’m doing a better job of protecting myself, as the belt isn’t there to act as a crutch, so to speak.

Before I go any further, let me be clear: I am not anti-belt. Belts allow athletes to lift heavier and move faster, and there’s plenty of science to back up that claim.

Kevin Don, a coach of 20 years who has coached both CrossFit Games athletes and world champion powerlifters, explained it this way: “A belt will typically make an athlete stronger…via increased hypertrophy,” he said.

“The greatest indicator of potential force production is muscular cross sectional diameter, so bigger sets in that hypertrophy rep range will allow the muscle to have this adaptation. More reps also pushes us into strength endurance, an important skill for CrossFit athletes who will typically be performing larger, unbroken sets,” he added.

Don also pointed out, however, that wearing a belt is mostly advantageous for more experienced lifters, CrossFit athletes or otherwise.

“Novices typically need time to learn the skill of belt wearing, but more importantly need to learn the gross motor patterns of bend, squat and press (first),” he said. 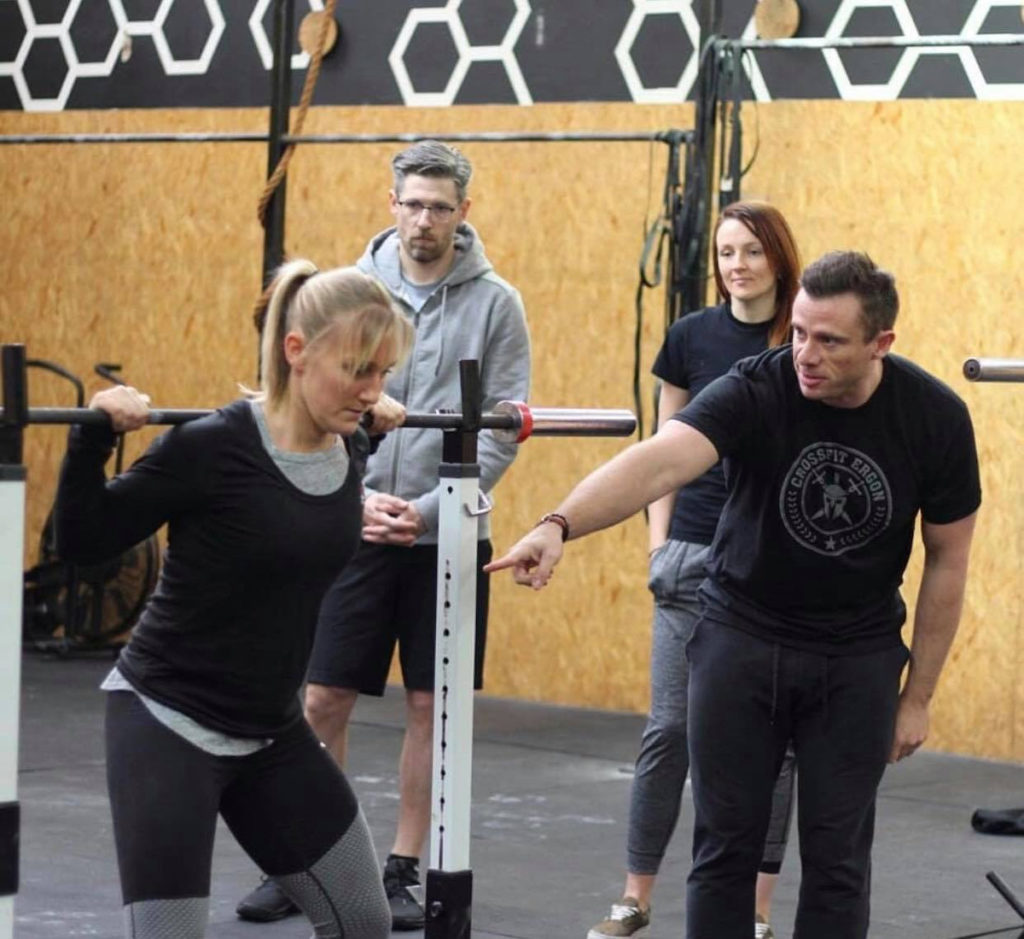 Dave Henry, the owner of CrossFit London in Ontario and coach of 14 years, agrees. He often sees inexperienced athletes using belts before they have gained enough strength to warrant a belt.

“Until they have a good set of fundamentals in their movement, adding gear to the equation doesn’t make sense,” Henry said. “Once they have some capacity, it will help, but (generally) belts are great for an advanced lifter going above 80 percent of their max.”

With all that being said, as I have discovered, there can be some value in temporarily ditching the belt even if you’re an experienced lifter.

3 Reasons to Train Without a Belt (Sometimes)

In contrast, passive stability occurs when your joint is taken close to its end range of motion in order to achieve stability. Lifting belts can cause you to lean on passive stability because the belt is there to keep your stable. Without the belt, you’re on your own and have to learn how to create this stability through bracing and breathing properly.

If you have lifted for a while, you know how much of it is a mental game.

Though you might have been told only to belt up once you’re at 80 percent of your max squat, for example, how about see how heavy you can go without a belt? It will go a long way in building confidence in what you will be able to lift once you put the belt back on again. At least, it has for me.

Invariably, lifting without a belt means you’ll be lifting a little bit lighter than your might ordinarily lift.

Though it’s tempting to want to load up all the time, lifting a bit lighter gives you the chance to really focus on and perfect your lifting mechanics. This will not only allow you to perform more volume, but it will allow you to fix any small errors in your lifts, which will translate to being able to lift heavier when you do belt back up again.

All of the above have certainly been the case for me.

Lifting lighter loads has helped me both become more technically proficient on my squat, and has helped me create active stability on my own, instead of relying on the best. And best of all, this has helped me avoid any back injuries for the first time since I started lifting almost 20 years ago.