Capsaicin — the ingredient that makes peppers spicy — may have some benefits for weight loss, but they need to be understood contextually.

Experts are pretty sure that chili peppers evolved their spiciness as a defense mechanism to keep them from getting eaten. But somewhere along the line, humans decided they love the feeling of their food trying to dissolve their tongues and capsaicin — that’s the component that makes peppers hot — has become a staple of countless cultures around the world.

Not everyone loves spicy food but when evidence began emerging that capsaicin might help with weight loss, lovers of hot wings and curry buffets rejoiced. But how reliable is the effect and is it strong enough to actually help? For this article we’ve spoken to a weight loss focused physician and looked at over a dozen studies to answer these questions: 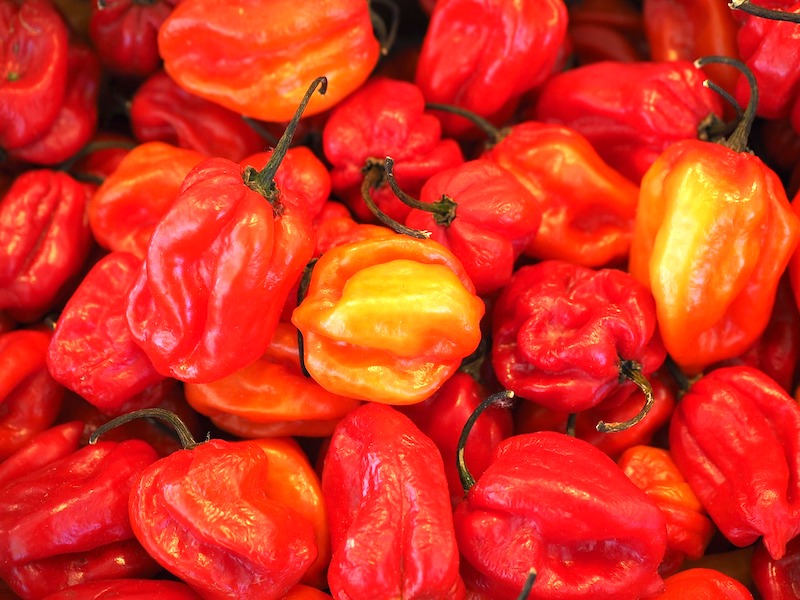 Does Capsaicin Help You Burn Fat?

“Burn fat” is a pretty nebulous term but when we’re talking clinically, it’s typically equated with lipolysis, or fat oxidation. The body usually burns either carbs (glucose) or fat (fatty acids) for energy and if something increases fat oxidation and you’re in a calorie deficit, it might make a difference to your physique — a very slight one.

Some research has suggested that fat oxidation increases when you take capsaicin. A 2007 study in Tokyo’s Journal of Nutritional Science and Vitaminology found that consuming 150 milligrams of capsaicin an hour before working out increased fat oxidation by about 40 percent relative to a placebo.(1) Other studies have found significant fat oxidation with doses as low as 2.5 milligrams, which one study found helped patients burn 10 percent more fat in the subsequent 24 hours.(2)(3)(4)(5) This may be because it prompts the body to release some adrenaline.(6)

Some of these studies did find significant abdominal fat loss, but one of the more popular studies found the difference was just 0.1 percent — that’s statistically significant and the word “significant” is what makes headlines, but remember that you really need to monitor your calories if you want to effectively lose weight.(5) It’s also not completely proven, as some research has found no effect.(7)(8) 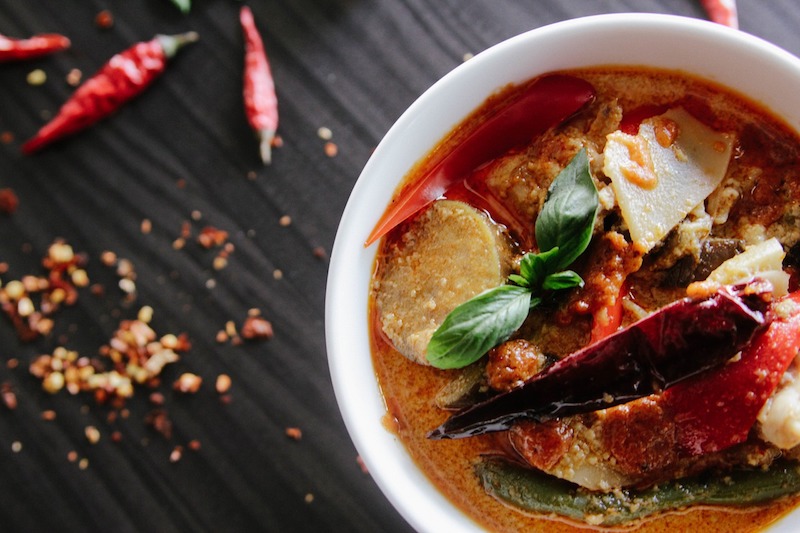 Does Capsaicin Increase Your Metabolism?

“Capsaicin in cayenne pepper has metabolism boosting properties — it helps increase the amount of heat the body produces, making your body burn more calories per day,” says Dr. Aastha Kalra, a New York-based physician who specializes in weight loss. “It does this through a process called diet induced thermogenesis which causes an increase in metabolism.”

It appears that spicy food does indeed increase your body heat. A Thai study of ten healthy women found that five grams of fresh chili peppers increased their calories burned by about 10 to 20 percent for a half hour (that’s about 5 calories), while a 2010 study in the American Journal of Clinical Nutrition put the effect of 3 milligrams of dihydrocapsiate — a chemical similar to capsaicin — at 50 calories per day.(9)(10)

“In one study, people who ate breakfast with capsaicin along with some tri saturated fatty acids burned 51% more calories in that meal than those who didn’t have it for breakfast,” adds Dr. Kaalra.(11)

Fifty-one percent sounds huge, when you phrase it as their calories burned went from 7 percent to 10.7 percent, it’s less impressive. Indeed, not all studies agree with capsaicin’s effectiveness and many of those that do put the extra calories burned at just 5 to 10 extra calories.(9)(12)

Other research has suggested the effect can be up to 100 calories burned, but while it seems reasonably certain that capsaicin can boost thermogenesis, it doesn’t mean you can eat some chili and head to an all-you-can-eat pasta buffet without any consequence to your waistline.(13) 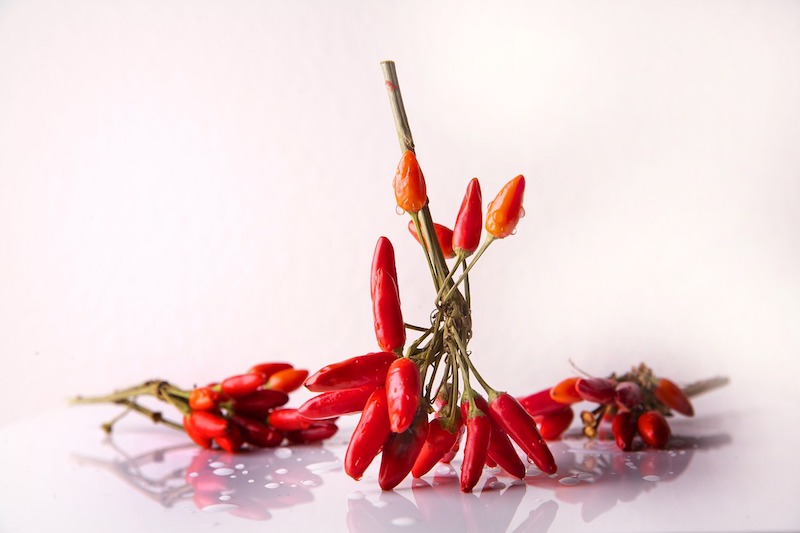 What about your appetite? It’s crucial to note here that appetite control is way more important than increased fat oxidation or thermogenesis — if you’re not hungry, you might avoid a 500-plus-calorie meal you would have eaten otherwise.

A widely cited study from The British Journal of Nutrition supports the claim, finding that not only did 10 grams of red pepper reduce appetite, it led participants to prefer carbohydrate-rich food over fat-rich food, which also lowered their calorie intake.(14) Other studies have also associated capsaicin with reduced appetite and increased satiety.(2)(3) 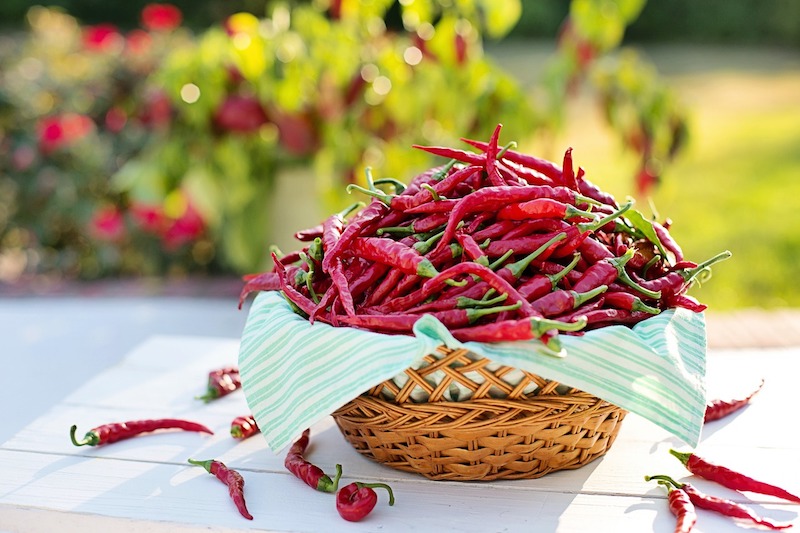 Can You Build a Tolerance?

Besides the difficulty with figuring out exactly how effective capsaicin will be in your weight loss efforts, there’s one other catch: people appear to become tolerant to the effects.(15) A randomized crossover study published in Physiology & Behavior, for example, found that a gram of red pepper produced a significant reduction in appetite and food intake, but only in the participants who don’t regularly eat spicy food.(12)

It’s worth noting that it’s tough to say precisely how much spicy food you need to eat to develop a tolerance to these potential benefits of capsaicin. But eating four alarm chili every day may not be the most sustainable way to shed fat. 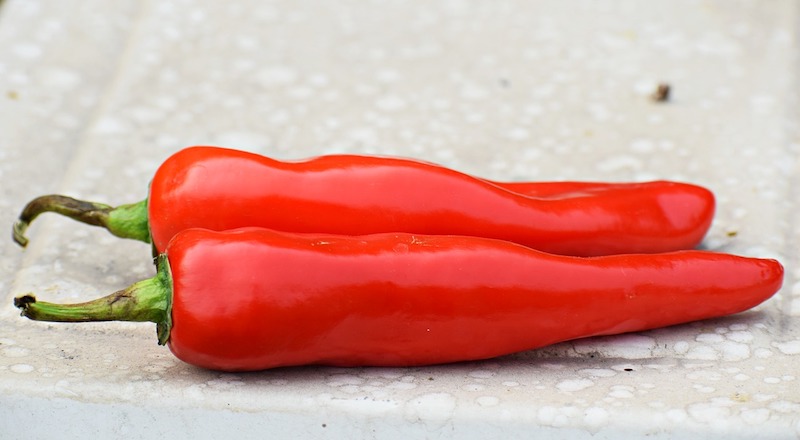 There are load of other potential benefits to consuming spicy peppers, like better heart health.(16)(17) There are plenty of reasons to add it to your diet but if your goal is weight loss, remember that the potential benefits of thermogenesis and fat oxidation are marginal and only apply if you’re in a calorie deficit.