Less than a week remains before the 2017 IWF Weightlifting World Championships kick off. This year, the Championships are taking place in Anaheim, California, from November 28th-December 2nd. There will be nearly 400 athletes in attendance from 72 counties including 216 male athletes and 161 female athletes.

The entry list and preliminary schedule were recently released, and we wanted to highlight a few of USA’s top 2017 competitors. Keep in mind, the IWF has yet to release the final scheduling and listings for A and B sessions, but we have a fair of idea of which American athletes will be competing in which flights.

Check out the start list, schedule, and which USA weightlifting athletes are set to compete in the A session as of right now below. More may end up competing in A sessions, and we’ll know for sure just a couple days before the competition kicks off. 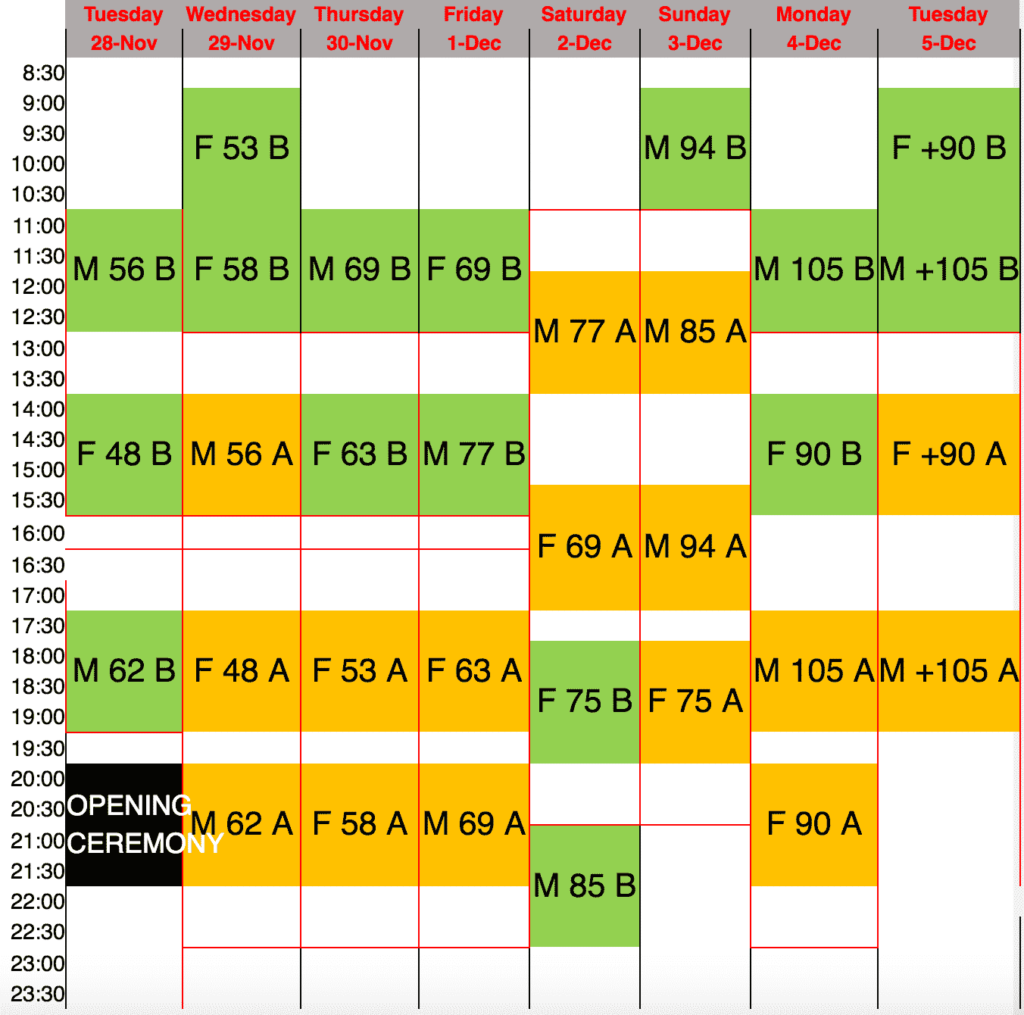 Cummings has a chance to medal this year, along with breaking his current Youth World Record. He’s set to compete in the A session, which starts Friday evening at 8 P.M.

Maurus will be competing in the A session on Saturday, which starts at noon. He has a chance to medal, in addition to breaking his Youth World Record.

Burns will be competing in the 94kg A session, which starts Saturday at 3:30 P.M. He’s got a shot at making the podium, particularly in the snatch.

Arthur also has a shot at finding herself on the podium. She’s set to compete in the 75kg A session, which kicks off at 6 P.M. on Sunday.

After earning a bronze medal in the snatch at the 2016 Rio Olympics, Robles has a strong chance to medal at this year’s Worlds. She’ll be competing in the +90kg A session, which is set to begin at 2 P.M. on Tuesday.