Internal Versus External Coaching Cues, and When to Use Them

Verbal cues are an important aspect in the training, development, and overall success of athletes both on and off the platform/field/competitive arena. It has been shown that verbal instructions play a central role in motor learning and performance, with distinguished differences between the styles of verbal cues. External and internal cues have been used by coaches and other training partners to motivate and promote intended outcomes across many sporting movements and lifts. Coaches and athletes should have a deeper understanding of the differences between external and internal coaching cues and how to correctly use them to produce performance improvements. 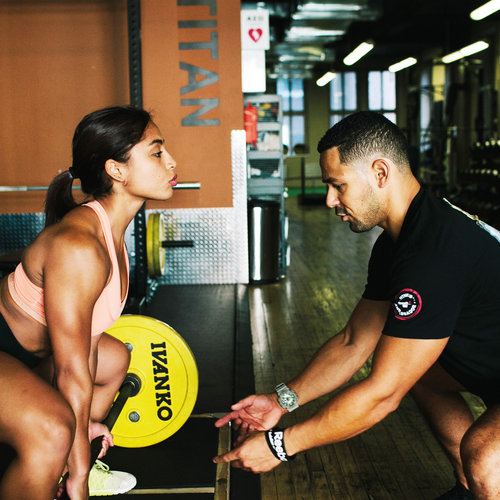 In this article, we will review the literature to discuss, compare, and analyze the effectiveness of external and internal cues in relationship to the training and coaching of weightlifting, powerlifting, and other fitness athletes.

Verbal Cues are often used by coaches to instruct athletes to focus on a desired outcome. Cues, unlike instructions, are often 1-2 words in length, and begin with an adjective, such as; drive, push, explode, pull, etc and can be used as a mantra by athletes during training and competition.

Internal focus of attention cues (IFAC) are specific instructions that direct an athlete’s/lifter’s attention towards a specific bodily movement and/or muscle action. IFAC has been shown to be a less effective verbal coaching method in complex movements, such as jumping, sprinting, and resistance training. It has been suggested that the sole focus on one specific component (joint action or movement) may hinder overall performance and integration of all muscle groups and movements involved in complex movements.

External focus of attention cues (EFAC) are specific instructions that direct an athlete’s/lifter’s attention towards the intended movement outcome, often placing focus on an external object related to the outcome task. EFAC has been shown to improve jump, spring, throwing, golf, and resistance training performance in complex movements by allowing the organization of all the components of a complex movement automatically, without omitting any other components.

Here is what science tells us about the significant differences between IFAC versus EFAC.

Below are examples of both internal and external cues, listed in corresponding order.

Here are some examples of IFAC:

Here are some examples of EFAC:

Coaches, training partners, and athletes should examine their verbal cues and communication during training sessions and competition to fully maximize performance. Understanding the differences between internal and external cues, and the correct usage of each may lead to significant improvements strength, power, and athletic performance. Despite EFAC overwhelming research suggesting the effectiveness during complex movement task, IFAC has been shown to have some application, potentially during corrective and hypertrophy training due to increased EMG muscle activity.

Coaches should determine the best ways to incorporate EFAC and IFAC to better instruct and coach beginner and seasoned athletes in complex motor tasks and administer corrective and hypertrophy training.