Jim Schmitz is a pillar of American weightlifting. He’s competed since the 1960s and coached Team USA at the 1980, 1988, and 1992 Olympics. He’s a man who helped the United States win multiple Olympic medals, and we wanted to know more about his training philosophy and his thoughts on the state of modern weightlifting. 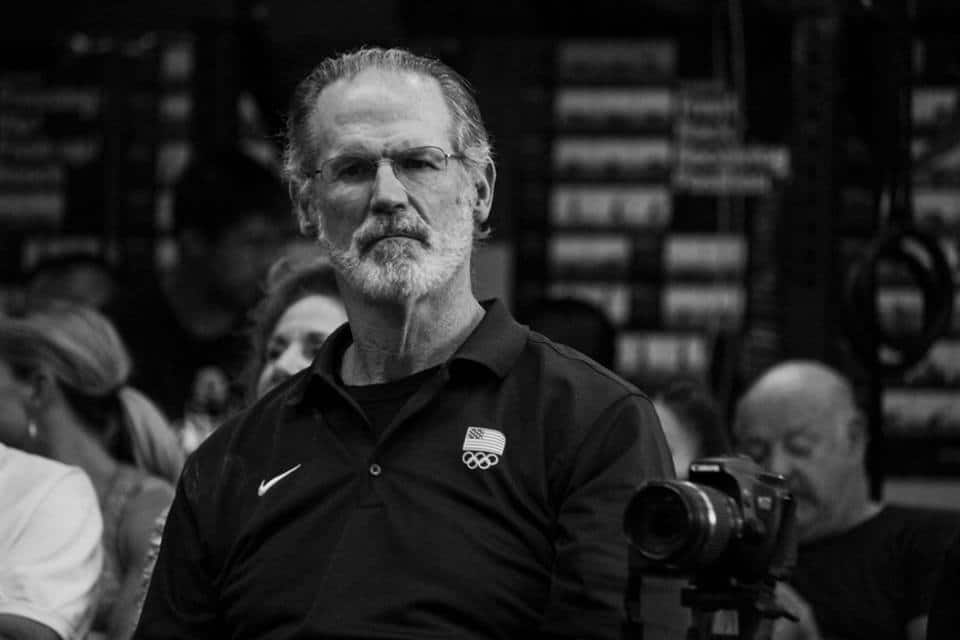 BarBend: You’ve been involved in weightlifting since the 1960s. What are some of the biggest changes you’ve seen in the sport since you started out?

Schmitz: I’ve been weightlifting since 1960 and involved as a coach since 1968, so what is the difference from then and now, a lot! The most obvious difference is that in the ’60s, ’70s, and ’80s it was almost a “cult” sport, meaning there were very few of us and we were obsessed and fanatical about Olympic style weightlifting.

We all took up weightlifting to build ourselves up for various reasons, from sports to personal appearance, and then discovered the Olympic lifts. We fell in love with the lifts, training, results and most of all how great it felt to do the lifts, workouts, and the camaraderie with other weightlifters.  We wanted to be strong and were always trying to lift more because it always felt good to do personal records. We lifted iron weights and we didn’t drop them. Strength & Health and Iron Man Magazines were our only sources of how to lift, train, and competition results to compare how we measured up.

We also did powerlifting and bodybuilding as part of our training and even competed in those sports too. Remember, Tommy Kono was Mr. Universe once. Now thanks to CrossFit and the internet more people are doing Olympic weightlifting than ever.

When I began lifting it was considered bad for you, would slow you down, stunt your growth and make you “muscle bound”. The exact opposite is true and that’s why so many people of all ages are weightlifting and enjoying the fantastic benefits, both physical and mental. 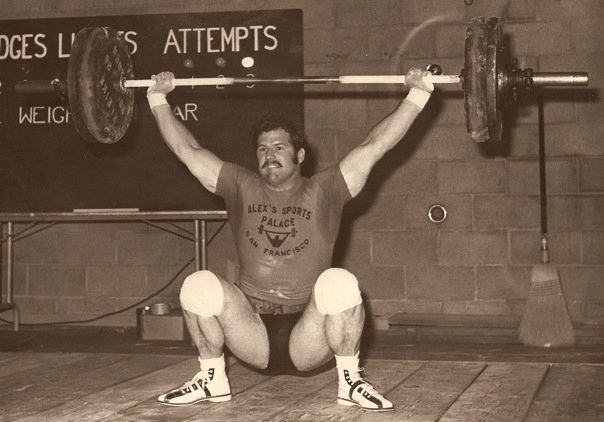 As someone who was deeply involved in the sport during a period of historic feats of strength by Soviet and Chinese athletes, were you surprised by the recent doping scandals?

The drugs and doping in weightlifting have been going on since I first got involved seriously in the 1960s. Initially, we were told steroids are bad for your health (your testicles would shrink up to the size of BBs) and they don’t work, but that doesn’t seem to be the case. They do work to help you lift bigger weights.

I must make it very clear that I am against the use of anabolic steroids and all performance enhancing drugs. However, there is a big discrepancy around the world on this subject. Now I’ve been weightlifting throughout the whole steroid era, when they first came on the scene in the ’60s to widely used in the ’70s to phasing them out in the ’80s and to not using them at all in the ’90s.

For about 40 years or so, the IWF has been trying to control or eliminate steroid use and I would say about half the world has stopped or never used them. However, the Chinese and Eastern European countries have never even tried to be totally clean. They just try to beat the test. In fact they don’t even think of anabolic steroids and other performance enhancing drugs as drugs, but as necessary supplements for recovery and performance.

Now I’ve been around when steroids and PEDs were used without control and I must say I absolutely prefer zero use of these drugs. The fact that the USAW has a zero tolerance policy is one of the reasons weightlifting is booming in the USA because we can promote and be proud that USA Weightlifting is a clean and healthy sport that develops strong, athletic, and well-conditioned athletes of all ages.

Is your favorite weightlifter of all time still a tie between Vasily Alexeyev and David Rigert? What makes them so special, in your eyes?

I consider Vasily Alexeyev the “Babe Ruth” of weightlifting because he took the C&J world record from 221kg (487lb) to 256kg (564lb) from 1969 to 1977, that’s 35 kilos (77 pounds). He also set 80 world records which is itself a world record. He brought weightlifting to TV’s Wide World of Sports. He was one of the three most popular and well known athletes in the world along with Muhammad Ali and Pele.

I like David Rigert because of his great lifting, physique, and up and down career as well as setting world records in 3 weight classes, 82.5kg, 90kg, and 100kg. He had and has incredible charisma. 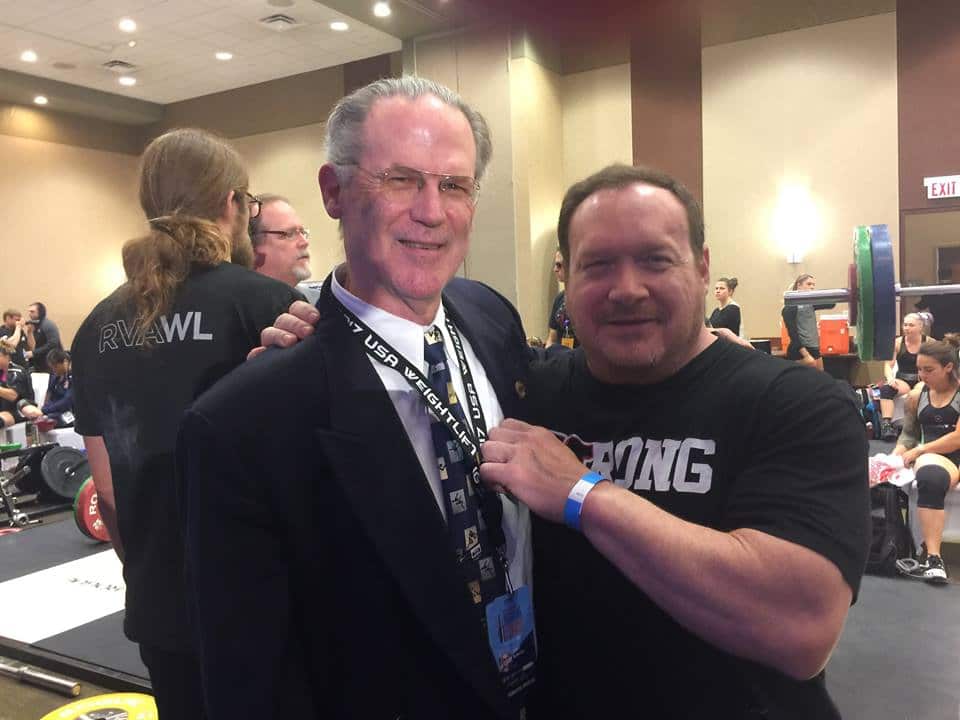 Anatoly Kharpaty is a favorite because of his not missing a snatch in 5 world championships and two Olympics. In my opinion, he had the best technique in the snatch and clean & jerk of any lifter, he literally had text book technique, perfect. He had a fantastic physique and great personality.

Now, Tommy Kono is actually my all-time best and favorite weightlifter, athlete, and person. He won two Olympic gold medals, one silver, coached the Mexican, West German and US Olympic Teams, and refereed and juried at two Olympics. He invented the rubberized knee bands and designed the lifting shoe that everyone wears today. He was an absolute wonderful, humble man. 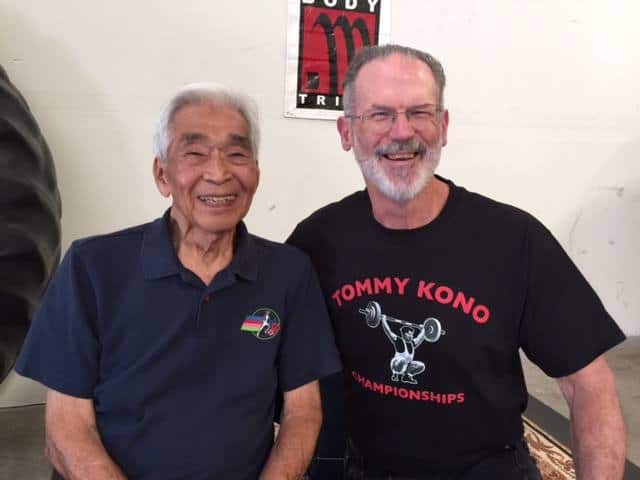 You’ve said in the past that different lifting styles work best for the individual depending on their anthropometry. If an athlete comes to you and they’re unsure as to whether, say, they should do the split jerk with a bent rear leg or a straight rear leg, how do you try to find the answer?

When teaching someone how to lift, I start with the basics: hang power snatch, hang power clean, clean deadlift and shrug, push press, front squat, and overhead squat. From here I can see how their body works, flexibility, body position, speed, coordination, and balance.

I will then gradually progress them to full lifts if they are capable. Along the way, I’ll observe how their body moves and try different techniques and see what they like best and feel most comfortable doing. Simply put, if it looks good to me and feels good to you and you’re lifting good weights, then that’s what we’ll go with.

Whether when you split jerk you bend your back leg or don’t totally depends on the individual, both are correct. If a person wants to change their technique on any phase of the lifts we will try it and see how it goes. Sometimes it works, sometimes not.

As athletes age into Masters, besides a decrease in training frequency, how would you change their programming?

For Masters lifters it’s extremely individual, depending on age and years lifting. If you were a high level lifter as a young person you’ll be a pretty good master, but at some point you have to accept that as you age you do lose speed, mobility, and recoverability.

I tell young lifters to suppress the pain and train hard and to older lifters I say to surrender to the pain and back off, or stop. Masters lifters have to learn how to train as hard as is comfortable and remember that pain is the yellow caution warning light. 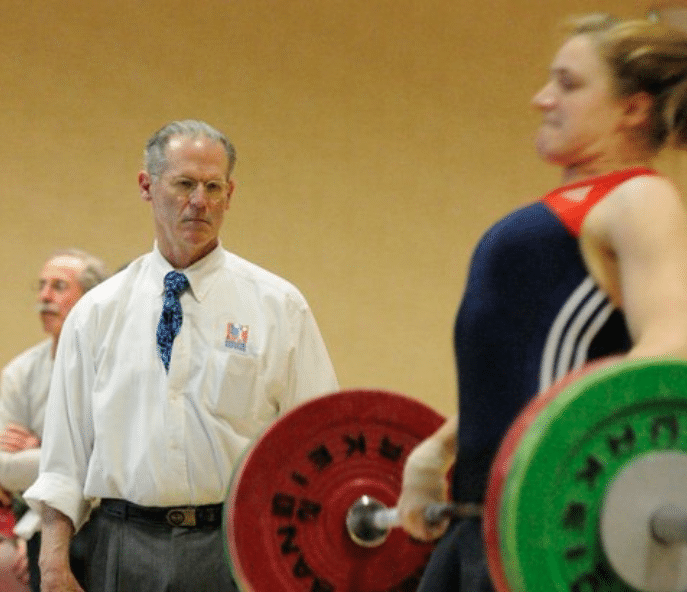 What are some movements/drills you find yourself recommending to optimize joint health?

For joint health, I recommend about a 15-minute stretching program, then 5 to 10 minutes doing the lifts with a 15 or 20 kg bar before each lifting workout. I also recommend doing stretching or classic calisthenics during off or non-training days. And I recommend bodybuilding exercises either on non-weightlifting days or after lifting workouts.

What are your favorite drills for athletes who have trouble getting under the bar quickly?

Number two is with a snatch grip and standing erect, bar high on your thighs or at your groin area, then you shrug and rise up on your toes, do this twice then go into a full squat snatch. I call this “Shrug, Shrug, Squat Snatch.” Done with very light weights, maybe 40 to 50%. The same two drills can be done for cleans.

However, here’s what I teach to get under cleans fast and efficiently. First, slow pull to nipples, then fast elbows to finish clean in power position, sets of 3 reps with 40 to 50%. Second is power clean from floor, then squat clean from thighs, and one jerk. With lifters that have an extremely difficult time going for it I use a Taser… just kidding, but sometimes I think that’s what it would take. 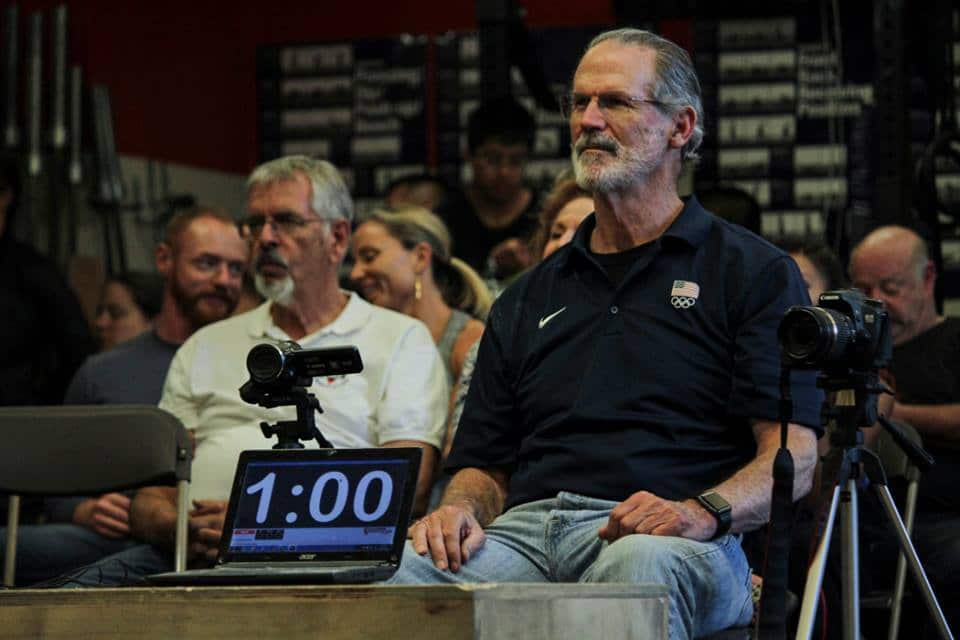 Outside of the gym, what are some things you recommend athletes do every day — certain stretches, lacrosse ball on the feet, band pullaparts, small actions like that.

What I ask of my lifters is that number one always show up on time and be prepared for their training session, number two that they control their bodyweight and weigh no more than 1 kilo / 2.2 pounds over their bodyweight class limit and number three they follow their workout program.