Operated by Iovate Health Sciences in Delaware, MuscleTech is a pretty big name in the supplement business and they sell a ton of different products that are arranged under different product lines. They have the Performance Series, Lab Series, Essential Series, and Pro Series, all with their own products and focus. (They also have the female-focused FitMiss series.)

What makes it special?

There are a lot of ingredients here and they’re mostly divided into five categories. I’ll discuss their benefits and effects in the next section.

Explosive Energy Matrix has the caffeine — 190mg, about as much as you’ll find in two small cups of coffee — and 100mg of choline bitartrate. 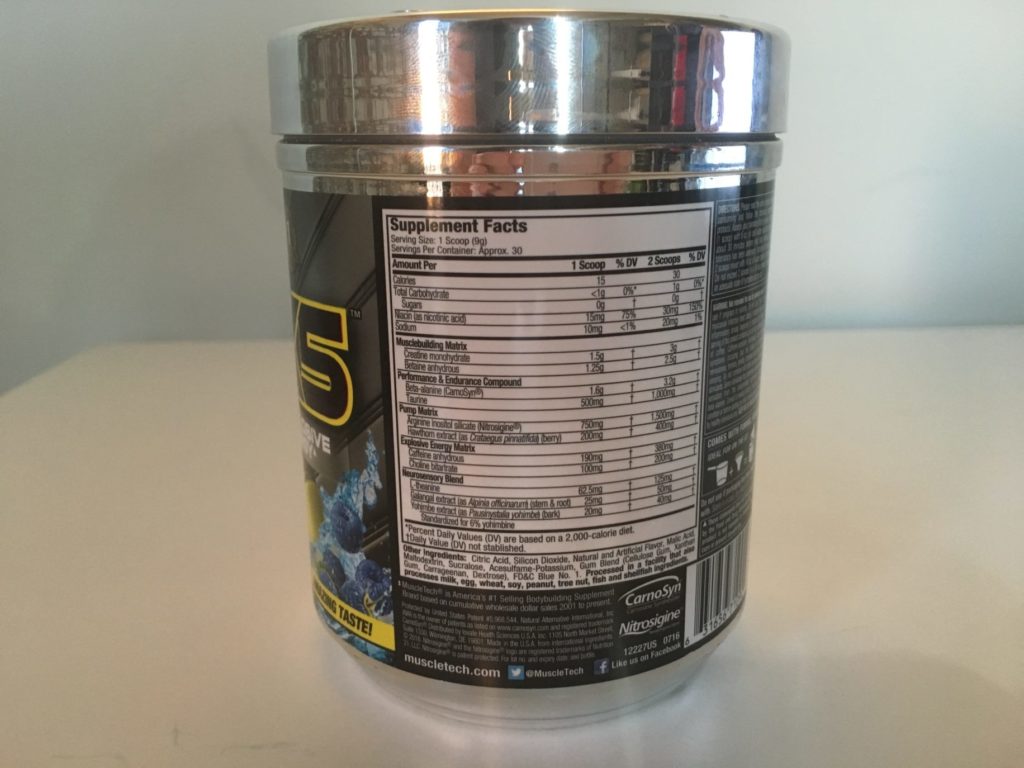 The other ingredients are mostly a little niacin (15mg, 75 percent of the daily intake) and some natural and artificial flavors, colors, and sweeteners. Note that it contains sucralose and acesulfame potassium, artificial sweeteners that some folks like to avoid, and several kinds of gum: carrageenan, xanthan, and cellulose.

There are a lot of ingredients here, so let’s start with the good.

There’s a solid amount of caffeine, and what’s nice is that this product also includes taurine and theanine, two ingredients that are known to help reduce the jitteriness and lack of focus that can accompany a big caffeine hit.

The Musclebuilding Matrix is also solid: it has research-backed doses of creatine and betaine anhydrous, both supplements that could add a significant boost to your power output. The beta alanine, meanwhile, has a strong link with endurance.

The hawthorn berry is known for its antioxidants, so it may reduce oxidative damage and improve blood flow. But there have been no human studies on this effect, so we don’t know what constitutes an effective dose — if indeed there is an effective dose.

I’m also not quite sure why galangal was included. It’s usually used to flavor dishes from Southeast Asia and when used medicinally, it’s typically for stomach pain or combating inflammation. It also has a lot of antioxidants, but MuscleTech says they included it for its “unique sensory effects” and didn’t provide more information than that. 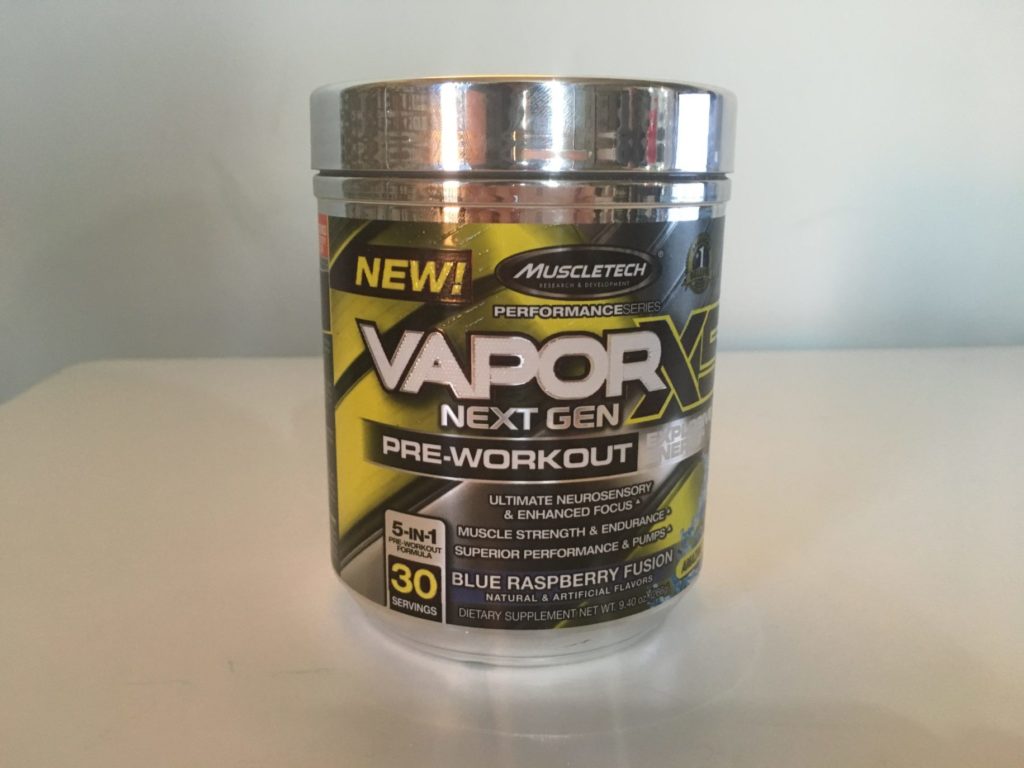 Choline bitartrate may improve time to fatigue, but the 100mg dose here seems on the low side, since many studies use doses of 600 milligrams or more.

The arginine inositol (or Nitrosigine) has a pretty strong link with energy and stamina, but research suggests a better dose would be the 1.5 grams you get in two scoops of Vapor X5, not the amount found in one scoop. The same goes for the stimulant yohimbine: for a buzz that may improve focus, you probably want 2.5 milligrams of the stuff. That’s the amount found in two scoops.

You can pick up 30 servings for $21, so it’s 70 cents per serving. That’s pretty inexpensive; the average pre-workout costs somewhere between 80 cents and a dollar per scoop.

I tried the Blue Raspberry flavor, which tasted like raspberry candy. While the intense blue color suggested an intense blue flavor, I found that one scoop of Vapor X5 in 1.5 cups of water made for a pretty mild drink. This is good news for anyone who is interested in doubling up the serving size and using two scoops per drink, something the tub suggests as a viable option for those who want a stronger effect.

There are enough ingredients in one scoop to say that this is a pretty effective and cheap supplement for energy, power, endurance, and focus. That’s because it has a good hit of caffeine, beta alanine, betaine, creatine, and theanine.

If you double the serving size, you’ll have a good amount of yohimbine and Nitrosigine, which will further boost focus and stamina. I found a couple of the ingredients unnecessary but for the price you’re paying, it’s an impressive product with a lot of effects. 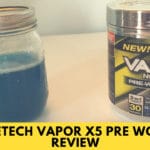