Ten total classes are tentatively on the slate for the Games in Paris.

On Tuesday, Dec. 21, 2021, the International Weightlifting Federation (IWF) Athletes’ Commission unveiled their proposed weight category changes for the Paris 2024 Olympic Games. Per their announcement on social media, the competitive classes for the next Olympics are as follows:

USA Weightlifting issued a press release on Dec. 22, 2021, confirming the validity of the Athlete Commission proposal.

“There is no easy way to fairly and safely cut the number of world championship events in half for the Olympic Games, but we are as pleased as we could hope to be with this proposed program,” USA Weightlifting CEO Phil Andrews said. “I appreciate the IWF’s efforts to include the voice of the Athletes’ Commission in working towards this challenging but critical decision.”

Negotiations within the IWF to determine their Olympic classes took place during the IWF Congressional session, which was held in Tashkent, Uzbekistan following the culmination of the 2021 World Weightlifting Championships.

News of the updated categories circulated online several days prior to the IWF’s social media announcement. Although the IWF has solidified its proposed categories, the classes must be submitted to and ratified by the International Olympic Committee (IOC) before being made official.

The IWF and the IOC

The IWF reached an agreement about updated competitive categories as part of a mandate imposed upon the organization by the IOC. Weightlifting’s tenancy as a feature of the Olympic Games remains under severe scrutiny — the sport is, at the time of this article’s publication, not included on the platform of the 2028 Olympics in Los Angeles, USA. Though, weightlifting’s inclusion in the 2028 Olympics is not off the table completely.

The IOC issued a directive to the IWF necessitating that they clean up the bureaucratic and ethical violations within the sport before it can be re-included into the Games. As part of the sport’s diminishing Olympic presence, the available athlete quotas were reduced at the Games three cycles in a row. 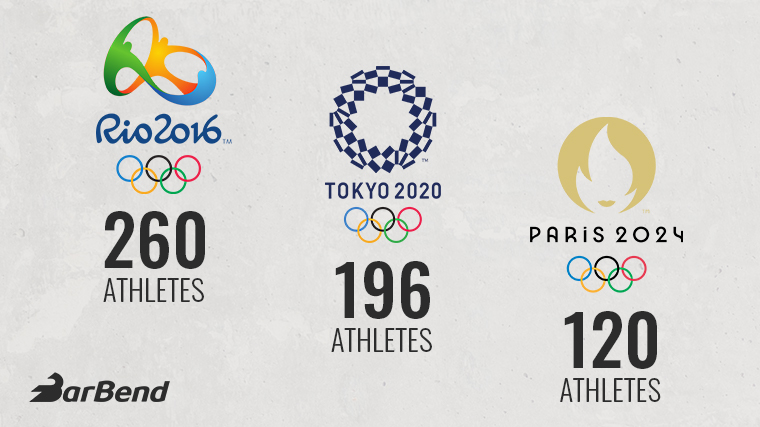 At only 120 total athletes, the Paris Olympics in 2024 will host the fewest weightlifters at a Games event since 1956.

An adjustment to the Olympic categories is likely to rattle the worldwide competitive circuit. Facing an already-shortened qualification cycle due to the COVID-19-delayed Tokyo Games, athletes may have to make quick decisions about their weight class of choice in order to properly qualify for Paris.

Further, several current Olympic Champions from Tokyo will find their current category unavailable in Paris. 81-kilogram winner Lu Xiaojun, 96-kilogram champion Fares Ibrahim El-Bakh, 64-kilogram victor Maude Charron, and more will have to decide which direction to take their body weight should they opt to campaign for an Olympic roster slot.

Certain classes are also likely to receive an influx of competition from adjacent categories that didn’t make the cut for Paris 2024. The Women’s 71-kilogram event, for instance, was not on the docket in Tokyo. 2021 71-kilogram World Champion Meredith Alwine may be poised to perform against 76-kilogram Tokyo silver medalist Kate Nye for selection by Team USA.

However, the IWF’s proposed weight classes still require final approval from the IOC. As weightlifting remains under the political spotlight, circumstances are certainly subject to change. For now, it appears that competitive weightlifters the world over will battle it out across 10 total classes in Paris.