Let’s get one thing out of the way, right away: This article is not a debate over Raw vs. Equipped powerlifting. We’re not taking sides, and we don’t think one is better than the other. Lift in the nude or in a full on Terminator suit, whatever…you do you! As long as people keep lifting heavy things, we’re happy.

Since we’re a website dedicated to all kinds of strength sports, we’re thrilled to expose different facets of strength sports to different people. When it comes to powerlifting, we find that everyone appreciates a 1000lb squat, but one question keeps popping up, “What exactly is ‘raw’ or ‘equipped’ powerlifting? Like, I get that ‘equipped’ has gear, but what does it actually do and how does it work?”

Most Google searches on the subject end in a bloody post war about Raw vs. Equipped and no one gets a straight answer, so we’re going to attempt to give you the quick version, complete with an FAQ and handy bullet points! 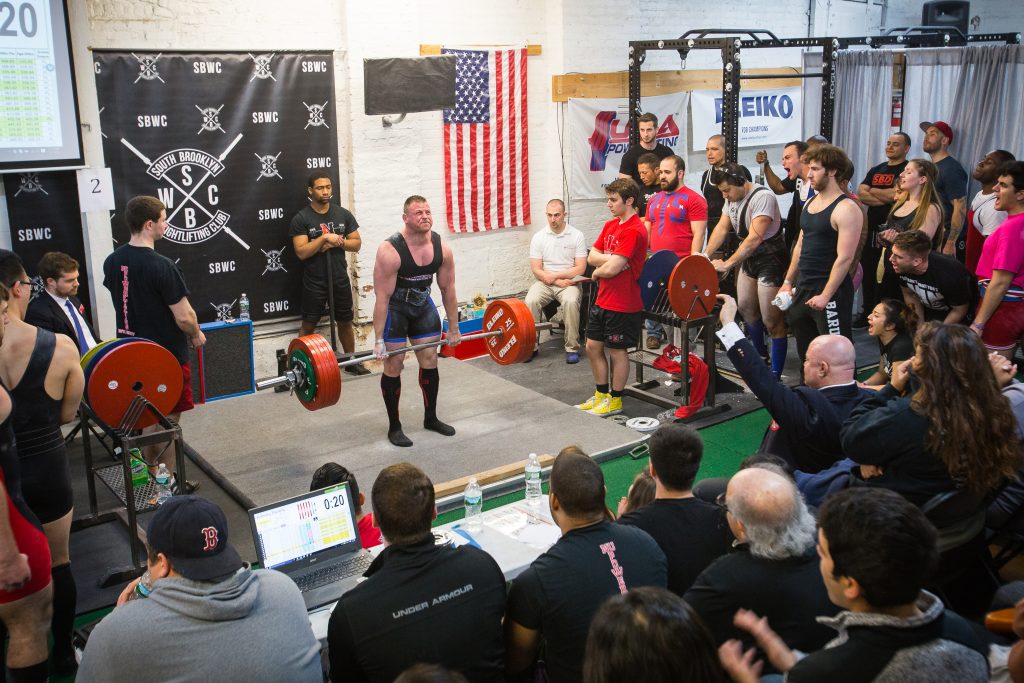 Why Is Raw vs. Equipped such a big deal?

Since it’s inception, the goal of powerlifting has always been to find out who can lift the most weight in three lifts — squat, deadlift, and bench press — in his/her age and bodyweight category.

As in many sports, eventually athletes began to use equipment to help them improve. Like soccer players who wear cleated shoes to help them from slipping on the turf, powerlifting gained its own set of equipment to help support athlete’s bodies and help them move more weight. Examples of equipment can include athletic tape, special shoes, weightlifting belts, knee sleeves, bandage-like wraps to support joints, and bodysuits. As the technology behind all equipment evolved (stickier tape, sturdier shoes, springier fabric) the Powers That Be decided to divide powerlifting into two main categories: Raw vs. Equipped.

The designation between Raw vs. Equipped happens when people argue that the equipment used allows the lifter to lift more weight than he/she would otherwise be able to lift without the equipment. It’s estimated (this varies a bit) that equipped lifting allows the athlete to lift approximately 115% of their max, with proficient Equipped lifters lifting far beyond that percentage.

In theory, “Raw” powerlifting means lifting with little to no additional equipment.

No steadfast, universal rules exist to standardize Raw across the world, so this varies a bit by federation. Even if it did, people would still push the envelope on what is and isn’t allowed, which leads us too…

In theory, “Equipped” powerlifting means using additional gear not approved in “Raw” to both protect the body and aid in lifting more weight. Most often, we are talking about deadlift and squat bodysuits (both of which look similar to a singlet) and bench press shirts.

In practice, “Equipped” is a general term. To be more specific, we need to talk about Equipped’s two main categories: Single-Ply and Multi-Ply.

Why are these suits special, and what is Single Ply vs. Multi-Ply?

In a photograph and to the untrained eye, bodysuits and bench press shirts look much like regular old singlets and shirts, but what you’re actually looking at is a crazy development in fabric and technology.

Powerlifting suits are made with layers of high tensile strength fabric, which means they are designed to stretch to a given point and then snap back into place quickly and demandingly. Single-Ply means the suit has one layer of this fancy fabric, whereas Multi-Ply means two layers or more.

When an athlete goes into the start position for a deadlift or the bottom of a squat, the suit stretches and creates elastic energy. At that point, all the fabric wants to do is go back to it’s original position, so when an athlete initiates the deadlift or attempts to stand up the squat, the suit fabric is more than willing to release all that stored energy and help the athlete return to an inert state.

A bench press shirt does the same thing. At rest, an athlete walks around in the shirt sort of like Frankenstein’s monster because he/she can’t put his/her arms down because of the strength of the fabric. When an athlete brings the bar down to his/her chest during the lift, the fabric wants to snap back into place and help the athlete push the bar away from the body.

Think of it (at least a little) like wearing a suit made of rubber bands. If you lean over to pick up a bar, the stretched bands will create tension and help you pop back up to standing. 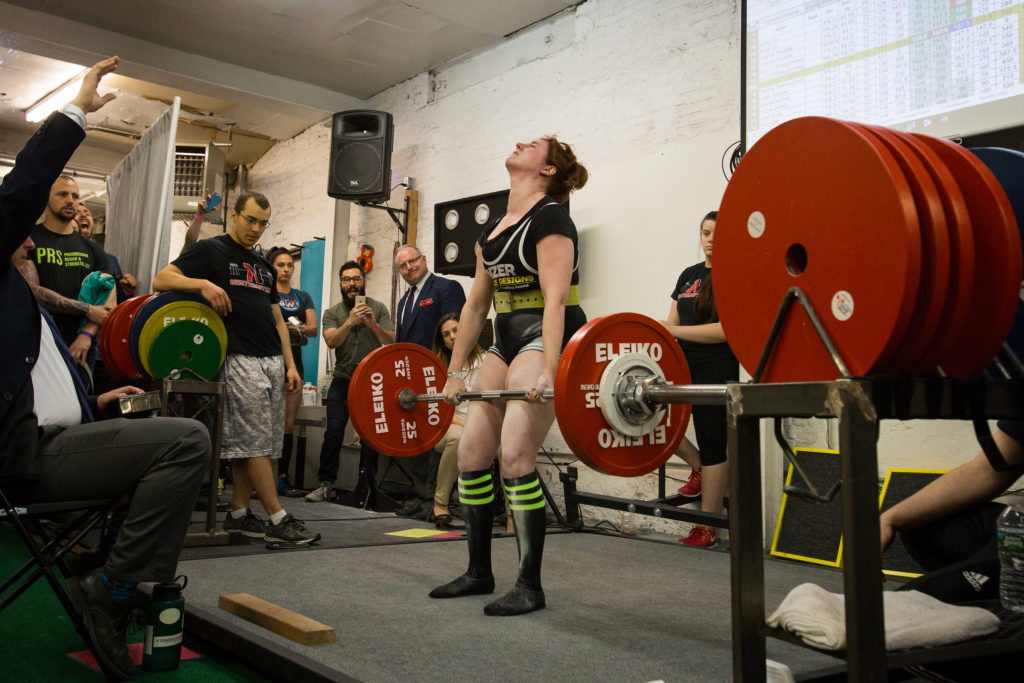 Things to Keep In Mind

For those of you just starting to dabble in powerlifting, we hope this helps you at least understand the vocabulary surrounding all the hooplah. One day, maybe we’ll all get along and sing We Are The World around a squat rack.