Bar Floating Away From You In the Deadlift? Try This!

A quick change to your deadlift training can pay big dividends for fixing this issue!

Bar path is key for strong deadlifts regardless you pull sumo or conventional. In the deadlift, if bar path is a problem, then likely leverages are not being optimized. Think about the last time you tried to lockout a heavy deadlift and the bar floated away from the body, remember how hard it was to finish that lift?

There are multiple reasons why the barbell might be floating away from the body, and two of the most common reasons is poor lat engagement and mental cuing.

The bar floating away from the body is problematic because besides making routine pulls feel monumentally tougher, it can put added stress into areas like the lumbar which is obviously far from ideal for consistent deadlift training. An easy way to start working through this issue is with the use of reactive neuromuscular training (RNT). 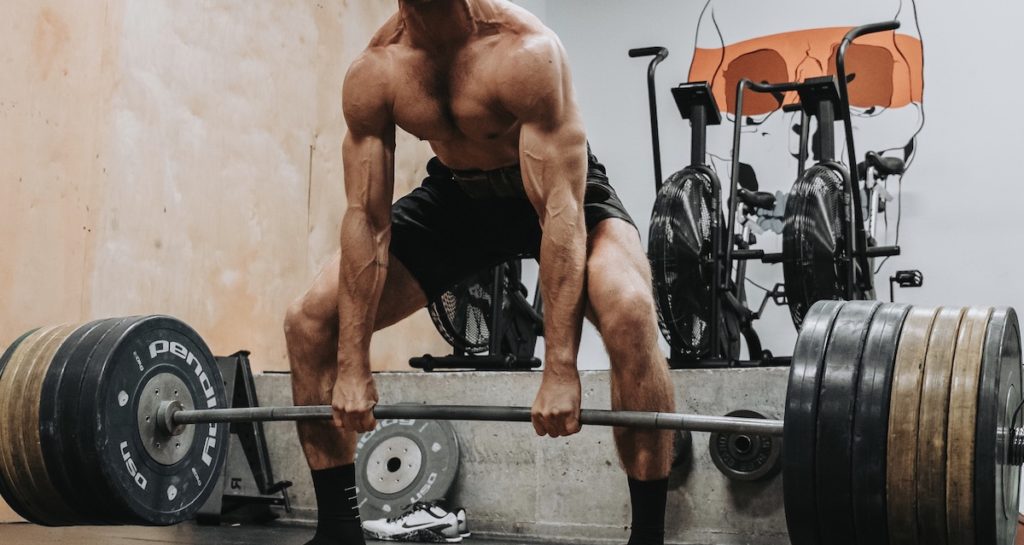 RNT is the concept of using an external resistance to train the body to cue itself and execute desired movement patterns through certain ranges of motion.

Using RNT can be useful when verbal cues and hands-on coaching aren’t getting the job done. Sometimes cues just don’t click and the use of an opposing resistant to facilitate a reaction and learned position is the right call.

For this article, we’re going to discuss how to use RNT with training the body to keep the bar close in the deadlift and cue strong lat engagement.

The bar floating away from the body in the deadlift is usually a byproduct of two things and these include:

Author’s Note: There could be other issues at play like lagging upper back/lat strength, but for the purpose of this article we’re only going to reference the two above performance characteristics.

What often ends up happening is that the over-exaggeration expressed keeping the bar tight throughout the RNT sets will have a carryover effect to normal sets. It’s similar to over-cueing someone in the squat when the knees are collapsing with something like “force the knees out”. The hope is that the over-cueing helps the knees land somewhere in the middle so they track properly.

Example: In the photo above, the band would be slightly too loose as you want a level of tautness to it to ensure it’s applying enough opposing force.

When using this RNT methodology on deadlifts there are a couple tips you can apply and use to leverage your training to its fullest extent.

The first tip is that it’s always a good idea to have a coach, friend, or camera setup to the side of your deadlift when using RNT. This way you can either have someone else check your form, or self assess with your own camera. Since there’s a band pulling the barbell away, form needs to be locked down!

The final tip is to keep weight lighter and to over-exaggerate cues to keep the bar tight. Since there’s an external force pulling the barbell away from the body, the last thing we want is to put the body into a compromised position on purpose with a heavier, less easy to manage load.

Should beginners use RNT deadlift training?

Not particularly. Generally, beginners simply need more reps and coaching to perfect their movement patterns and RNT training can be a little much for them.

When should I use this deadlift RNT method?

If the barbell is consistently getting away from the body and there’s not a glaring and obvious strength issue, then the employment of this RNT method can be useful for reworking mechanics and mental cuing.

Is this form of RNT deadlift training for everyone? Not at all. For example, beginners generally just need more reps and to work on mechanics and their foundations before implementing this method.

However, if you’re lifter that has a strong foundation built and are struggling with keeping the bar tight, then using a little RNT deadlifting training can be a great step forward for remedying forward bar path.