Steven Herrera Attempted to Kettlebell Swing 40,000 KG in One Hour. Here’s How It Went

The attempt came up short of the verified world record.

If you love kettlebells and are looking for something even more depraved than Kettlebell Sport, Steven Herrera has you covered. On Saturday, March 27, the personal trainer in Portland, Oregon attempted to break the Guinness world record for heaviest weight lifted by (Russian) kettlebell swinging in one hour. To do so, he’d have to swing 35,635 kilograms, or roughly 1,307 pounds per minute.

Herrera has never been a competitive athlete. He started lifting weights as a student at the University of California San Diego and was mentored by the school’s head athletic strength coach. Then, he decided to become a personal trainer and specialize in strength, functional strength, and injury recovery. He has no experience in other endurance events and squats 450 pounds, deadlifts 450 pounds, and benches just under 300 pounds.

Though Herrera committed to accomplishing this feat only recently, he’d been swinging a kettlebell every morning for the past three years, which he says was a great way to activate his core, stabilizers, and glutes. “As soon as I’d wake up, I’d put one foot down, and then the other foot down, and I would grab that kettlebell before I did anything else,” he said. 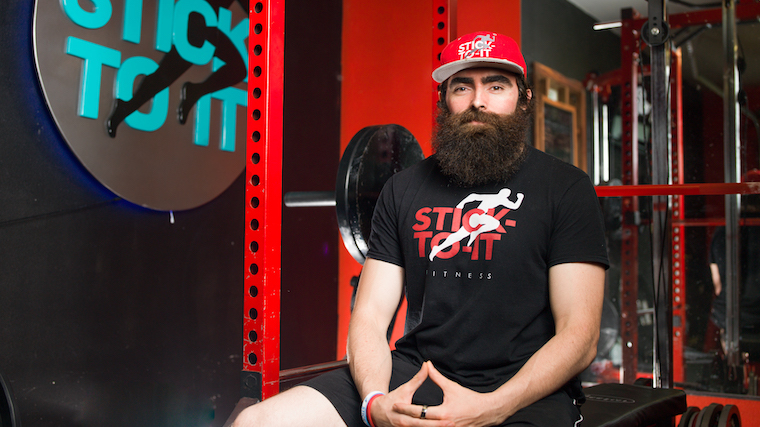 When he first started, he did 20 unbroken swings with a 28kg bell, and every day he’d add one more rep. At 100 reps, he bumped up to 34kg and started over at 20 reps. He repeated that pattern with 100 pounds, then 68kg, and then 92kg. “It was pretty tough to get that last bell totally parallel,” he said, so when he finally worked his way up to 100 reps, he’d do the first 70 or 80, stop, catch his breath, and then finish. After that, Herrera couldn’t find a heavier bell anywhere in the U.S., so he duct-taped two 10-pound plates to the 92-kilo bell and continued swinging.

For the world record, however, Herrera scaled back to two bells: 45.5kg (100 pounds) and 34kg (75 pounds). Besides giving him the opportunity to shake out his hands and reset his position, alternating weights also helped him maintain his focus. “A big part of this challenge is mental,” he said, “and switching the stimulus brings a little novelty to the brain.” 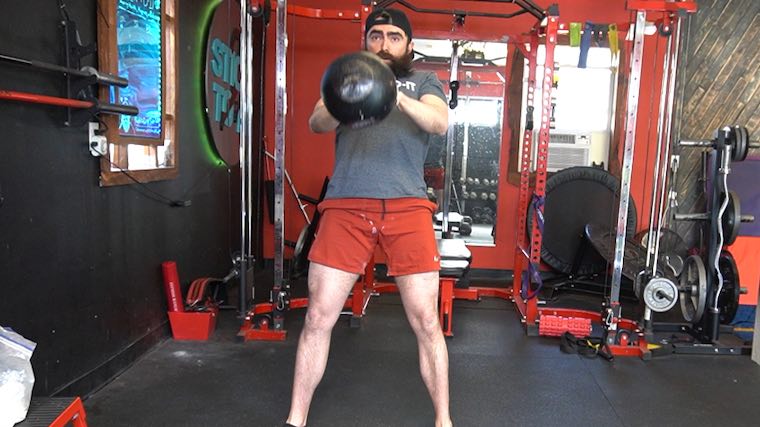 Before his attempt, Herrera said that he aimed to get through 60 to 65% of that in the first half hour.

“On the first set, I’ll go for 80 reps on the 100-pounder, and then I’ll go to the other bell and try to copy that number. Then I’ll probably end up doing like 60, and eventually I’ll go as low as 20 or 30 reps, something where I can go back and forth and keep a nice even cadence.”

Beyond that, though, he didn’t formulate much more of a strategy. “To me, it will almost expend more of my energy trying to figure out exactly how many reps and how many seconds I need to do something,” he said.

On March 27th, Herrera made his attempt in front of a small audience: some of his personal training clients, someone logging his swings in a spreadsheet, and a kettlebell-certified trainer to judge him on behalf of Guinness.

He had planned on going by feel, but what he didn’t anticipate was the friction from the new kettlebell he’d just bought for the occasion. By the end of the hour, one of his hands was ripped from fingers to palm, and the bell’s handle was covered in chalk and blood.

“I didn’t know you had to break in a kettlebell,” he said on his Instagram afterward.

To make matters worse, the person logging the swings didn’t input the first set of 80 reps, so it looked like Herrera was well behind the pace he needed. Combined, these two obstacles were insurmountable, and he ended up missing the record by 4,502 kilos. However, he says he plans to attempt it again as soon as his hands recover, either at the end of April or beginning of May.

“I can’t keep sleeping every night knowing that loss is there.”