Strength Through Instability: Boost Control and Stability with These 3 Moves

When it comes to training, you have to walk a fine line. Delicately balancing the big and exciting, with the boring yet necessary. Go too far either way and watch your numbers and health drop. Take the king of lifts — the back squat — for example; if you were to only squat for six weeks, predictably your squat would sky rocket as both your strength and technique get dialed in.

However, if bolstered by these new found gains, you decided to press on and kept to your squat only regimen. It wouldn’t take long before your joints start to ache, mobility begins to suffer, and ultimately all the hard work you’ve done would be wasted as you start to fall apart at the seams.

While we don’t like to admit it, there would be another problem alongside Injuries and imbalances, perhaps the most insidious of plights. Boredom.

Walking lunges just aren’t exciting. Hated by some and seen as a necessary evil by many, they and other assistance lifts like them might not get you hyped for the gym but they keep you healthy and strong. 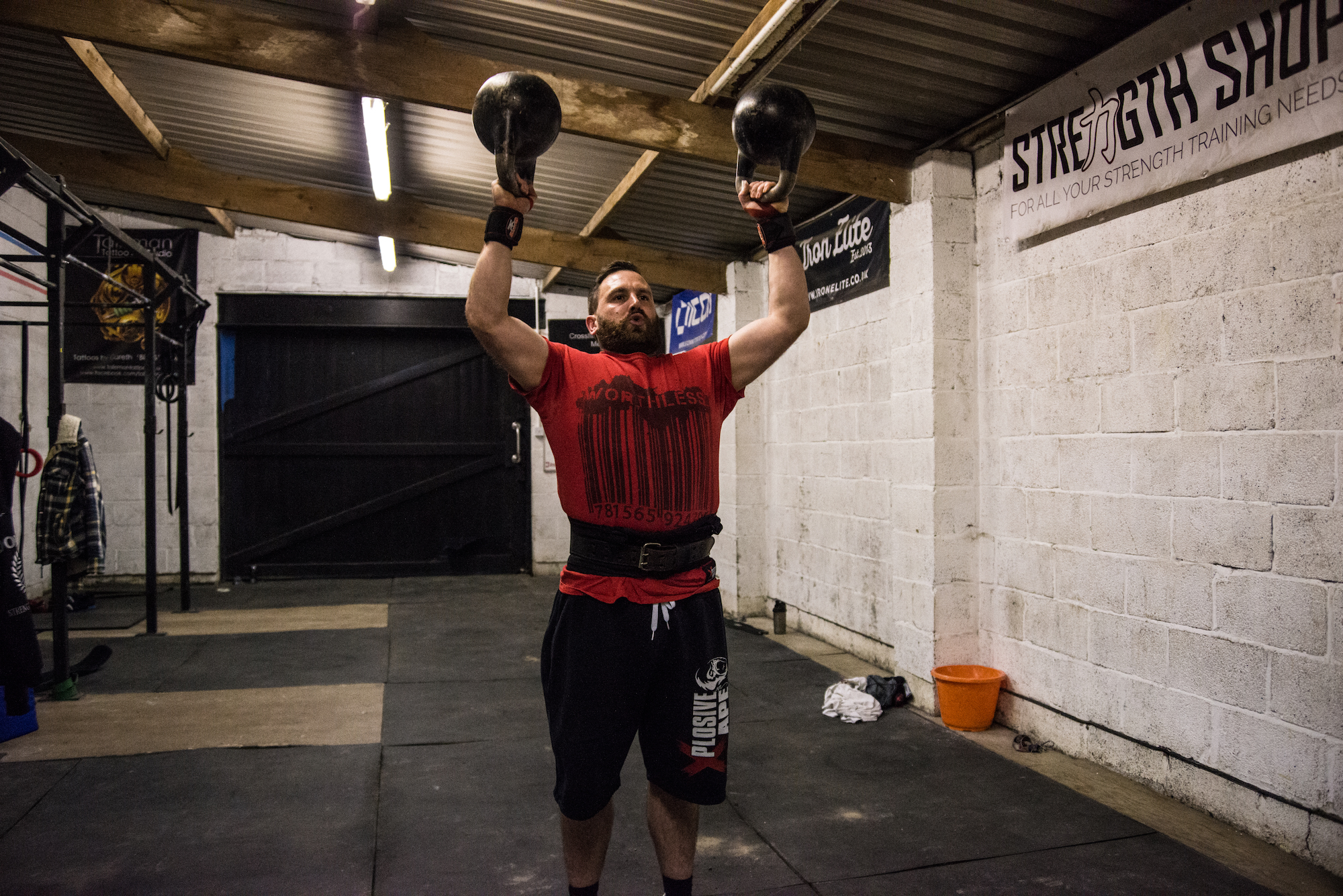 Not all assistance work is equal, with the vast majority of movements being at best fun and at worst dangerous. The perfect example is kettlebell juggling: incredible fun, and for those who enjoy stupidity like myself, a great grip finisher. For 99% of the population, the risk of dropping a block of iron on your face or foot greatly outweighs any grip and coordination rewards that might come your way.

It isn’t always that black and white though, there are novel exercises out there that offer more bang for their buck than their traditional counterparts.

The following three exercise are just that, movements that add just the right amount of variety to stimulate strength and growth without being unnecessarily dangerous.

After relegating kettlebell juggling to a circus trick mere sentences ago, the bottoms up press may seem rather out of place on this list. But don’t let the name fool you, this pressing variation is worlds apart from any party trick and has been the bedrock on which some great strength has been built. In fact powerlifting legend and the first man to pull 1000lbs, Andy Bolton was the first person to really persuade me to give this movement a chance.

Start off with just one (light) kettlebell on the floor in front of you, hammer curl it up to your shoulder so that the bottom of the bell is facing the ceiling and carefully press it above your head. To start with I find that keeping your eyes fixed on the kettlebell throughout the entire movement, makes the press a lot easier. As your confidence and stability improves though, experiment with increasing the weight a little and eventually move onto a kettlebell in each hand.

With enough dedicated time you can get strong at anything and the bottoms up press is no different, don’t get carried away with the novelty and instead use it as a warm up for your overhead sessions. Three light sets of eight mixed in with some mobility will leave your shoulders feeling primed and ready to go.

This time last year I ventured to Holland to visit Dutch strongman Niels Gordijn, at the time Neils was in a bad shape. One shoulders had been torn to pieces in a competition and the other wasn’t doing that much better. So while his strongman crew went nuts on the log press in training for the nationals, Niels was in the back focusing on putting his body back together, and the tornado press was a big part of how he did it. 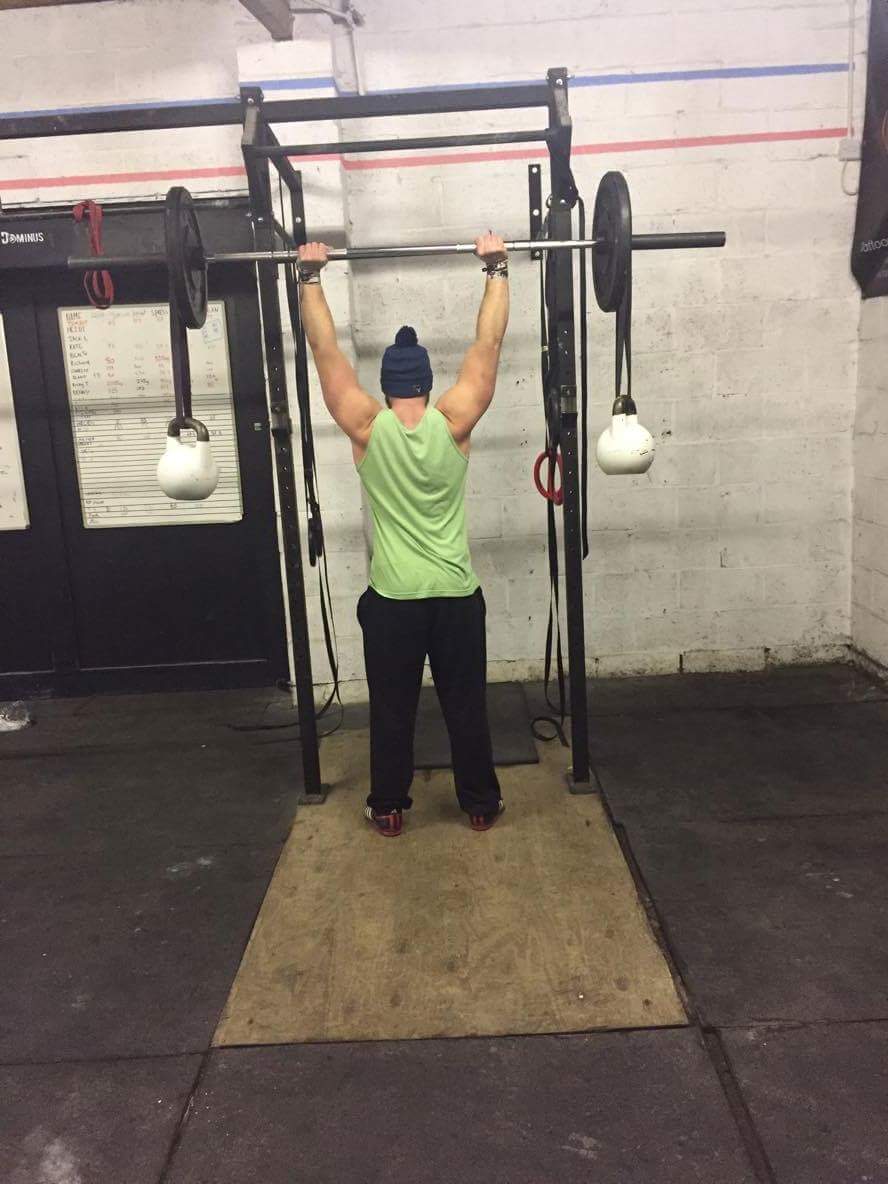 Set a rack up as you would for a normal barbell strict press, but instead of loading the bar up with plates, we are going to use suspended kettlebells. This is best done by looping a green resistance band through a kettlebell and hanging it off either side. If you find yourself without bands and on a tight budget, bicycle inner tubes work surprisingly well.

It’s difficult to accurately get across in words just how challenging this move is, so start light and build slowly. Not only does the lower centre of gravity throw you off but the unpredictability of the bands requires you to stay tight the entire time and press at an even speed throughout. Even the slightest lapse in concentration can spell disaster.

Personally we use the tornado press as a finisher after our main pressing movement, not only does the difficulty prevent ego taking over but it’s a great way to add some muscle in odd places. We think of it as pump session, high volume, light weight and little rest.

Unlike the previous two presses, this one is made for the heavy weights. And in many cases can replace your main pressing movement, as it is in essence just a fat bar push press. The two major differences are the difference in weight distribution and like the Anderson squat each rep is performed from a fixed deadstop position. If you follow any of the top strongman competitors then you’ll more than likely of seen them trying their hand at this movement lately.

To press a yoke, you’ll obviously first need a yoke and I’m afraid in this instance I can’t think of a way to Macgyver it. Set the crossbar so that it stands somewhere between your shoulders and your nipples. The lower the bar is the more you’ll be able to use your legs to drive the yoke up. For this reason I recommend starting with the bar relatively high, forcing you to almost strict press the weight, thus allowing you to get used to the movement before going too heavy. As you get accustomed to the movement drop the bar and bring your legs in more.