Study: How Much Training Volume Do Women Need to Get Stronger?

A new study explores how much training volume resistance trained women need on a weekly basis.

I don’t know about you, but I’m often a huge fan of lifting studies that highlight the idea that “less is more” when it comes to improvement in strength gains. After all, when life gets busy, isn’t it nice knowing that you can hit the gym for a limited amount of time and still improve strength and build muscle?

Often times, we get wrapped up in the idea that we need to be doing more all of the time in gym, although, that’s not necessarily true for everyone. In fact, a lot of us — and this is generally speaking, of course — could probably do less and still receive the same benefit we can achieve with an increase in work. This brings us to a new study that followed resistance trained women for 24-weeks in hopes of finding an ideal resistance training volume threshold (1).

The goal of the study was to explore differences in muscle performance and hypertrophy in resistance trained women who used different training volumes for a 24-week period.

The researchers included 40 female participants who had three years of previous resistance training experience with at least three training sessions per week in this time span. Additionally, participants were acclimated to training the upper and lower body once or twice a week prior to the study, and participants were instructed to eat their normal diet throughout.

Before and after the beginning of the 24-week training intervention, every subject had their 10-RMs tested on the bench press, lat pull down, 45º leg press, and stiff-legged deadlift. In addition, subjects had their muscle thickness tested in multiple locations including the biceps brachii, triceps brachii, pectoralis major, quadriceps femoris and gluteus maximus muscles in the right side of the body. 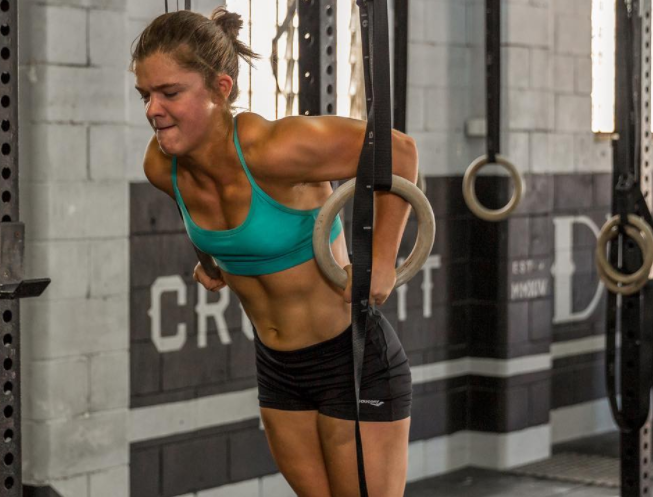 This is the part of the study that gets really interesting. After subjects had their 1-RMs and muscle thickness tested, they were split into four groups that performed different amounts of weekly training volumes. These four groups included,

The workout programs performed by the four groups on a weekly bases were similar in nature, and had each muscle group trained once per week. Participants followed a non-linear program, which modified rep ranges every week from 12-15, 4-6, 10-12, and 6-8 reps, respectively, and repeated this cycle six times throughout the full intervention. Rest times were also modified to reflect changes in rep ranges.

An example of the weekly program used in the study can be seen below.

Every workout, participants were instructed to perform exercises to “momentary failure”, which is defined as the failure to perform anymore concentric contractions in an exercise without displacement in posture and form.(2)

After the 24-week training intervention, researchers had participants re-test their 10-RMs and measured their muscle thickness at the same sites previously used. They found that every group improved across the board for strength and muscular hypertrophy, but there was a slight variance between the groups.

Why This Study Is Cool

In my opinion, this study offered a few really cool takeaways. First, it was performed on resistance trained women for 24-weeks who had at least three years of previous training experience. This is a longer training intervention than many lifting-focused studies, and it had a pretty significant experience requirement before starting, so the concept of chalking up results to “newb gains” is a bit more nuanced with this study.

Second, the programs were performed in a non-linear manner, which could be more applicable for many recreational lifters’ training programs. Thus, the variance in rep ranges may reflect strength, hypertrophy, and muscular endurance goals one could have.

Lastly, this study suggested that lower total volume in an experienced demographic could be beneficial for strength and muscular hypertrophy.

This study does a great job at highlighting which forms of training volumes may be adequate enough for resistance trained women to improve strength and hypertrophy over an extended period of time, but there’s one thing to consider.

This study does not investigate strength sport lifting demands, so while it does a great job at suggesting the usage of different resistance training volumes, these suggestions may not be applicable for more elite level athletes who need a regularly higher stimuli.