Why Weightlifters Need Confidence (and How to Build It)

Olympic weightlifting is about all about technique, acceleration, strength, technique, confidence, positional strength, mobility, and technique. While it may sound redundant to say technique is critical to weightlifting, it cannot be stressed enough.

That said, confidence in one’s own ability also plays a significant role in the successfulness of a lift whether it be in training and/or in competition. The ability to confidently express one’s athletic capacities of strength, power, mobility, and precision under pressure require the utmost confidence. 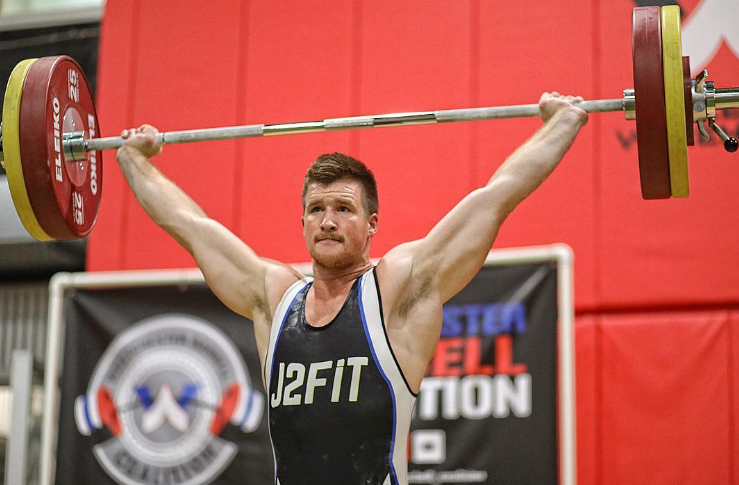 In Olympic weightlifting, coaches and athletes must take careful steps to build, refine, and solidify an athlete’s confidence during both training and competition to allow them the opportunity to have success. Lack of confidence, for whatever reason, can result in hesitation, mental blocks, loss of motivation, and potential injury.

Why Is Confidence Important

In Olympic weightlifting, coaches and athletes must take careful steps to build, refine, and solidify an athlete’s confidence during both training and competition to allow them the opportunity to have success. Lack of confidence, for whatever reason, can result in:

Is Confidence the Issue?

In a recent podcast by Greg Everett and Ursula Garza, a weightlifter wrote about their issue with not committing to loads that were 90+% of their 1-rep max, often failing to even attempt to get under the barbell.

At first glance, one might suggest he/she lacked the strength and/or technique to allow themselves the opportunity to commit, both of which may be the culprit. To understand if you and/or your athletes have confidence issues committing to a lift coaches/athletes need to determine if strength and technique is the primary issue.

In a recent article we discussed the percentage on one’s front squat strength to clean, the clean to the power clean, and even the snatch in relation to the clean. If those correlations tend to fall below 85% (for example, a lifter front squats 160kg but can only clean 115kg and power cleans 113kg) the greatest limiting factor may be a clean-specific technical fault, rather than strength and/or confidence (however they may have confidence issues too stemming from their poor technical prowess).

If however, lifters are more fluent in technique, (correlations above 85%), yet often miss heavier lifts for unknown reasons, confidence may very well be the primary issue to address.

How to Build Confidence

Below are five highly constructive strategies to effectively build confidence in lifters of all levels, specifically beginners and high level lifters.

While this may seem like a no brainer, some athletes lack the ability to swallow their egos and ask for help. Without proper knowledge and an analytical eye (a qualified coach and someone who won’t sugarcoat your issues) your confidence and lack of performance will plague you indefinitely. Taking the time to get help, address the faults with corrective and segmented snatch/clean/jerk variations, and drop the loading will not only improve your technique (duh) but also increase your confidence and technical prowess which can drastically impact your performance at higher intensity lifts (90+% of 1-rep max).

If you have issues with a lift, stop hoping that it will resolve itself over time and instead address the issue head on. Almost always that will include you reaching out for qualified help and coaching, taking time to train with lighter loads, and often do the things in which you hate the most. The payoff: improved technique and performance, which will have a snowball effect on your confidence as a lifter.

Every minute on the minute (EMOM) training was popularized by Joe Mills, a National level coach and weightlifter in the 1930s. His 20 for 20 snatch/clean and jerk routines were known to increase a lifter’s confidence, work capacity, and increase their training volume with loads that have been shown to have the highest impact on technique and acceleration, both of which impact long-term success (71-77% of 1-rep max).

By doing these workouts in times when a lifter needs more confidence and/or is looking to become better in general (all level lifters…), you force the athlete to stop over thinking a lift, reminiscing over how nasty a previous lift felt, and focus on a few cues to setup and lift the weight. This format has a way of making a lifter more automatic and “mechanical” if you will, all of which can do wonders for technique and confidence when handling moderate to heavy loads.

3. Do More Double and Triples

Often when lifters start to pursue a personal record lifts (PR) the can get hung up on a certain load that seems to almost stand in their way. For me, the 130kg clean and jerk had been a load the mentally shook me for a while. For whatever reason, lifters may psych themselves out when approaching loads they know are going to demand a fight (above 90+%), which can unintentionally affect their maximal focus and performance.

One way to address this issue is to have them do more double and triples at loads near the point at which a lifter gets hung up (in my case it was 130 kg). By training with loads below that break-point for increased volume you take advantage of the lifters confined levels at weights he/she knows they can hit, yet still drive maximum performance (when I hit a 3-position clean at 125kg, only then did I stop questioning my ability to clean 130kg…weird, I know.)

Performing doubles and triple with 85-90% of a lifter’s maximum will not only drive their 1-rep max up, but more importantly make a lift of 90+% for a single feel and seem a whole lot more enjoyable and doable (if you have done doubles and triples training at 85+% of your max you understand where I’m coming from).

The same goes for front squats (in it’s relationship to the clean). Many lifters may fail to pull themselves confidently under a heavy clean for the fear of not being able to stand it up/getting smashed underneath. Taking the time to perform doubles and triples of their 1-rep max front squat will no wonders for their strength (assuming they are using correct posture and technique to have a direct transfer to the clean) and confidence to get under a heavy barbell.

Simply put, you will do what you have always done. If you are someone who fails on a regular basis you may be making “failing” an acceptable behavior.

By allowing yourself to fail, you inherently develop bad technical habits and crush your confidence, which can only be corrected by doing more correct lifts. Many lifters will fail, fail, and fail again, only to keep doing the same failing lift attempts furthering the issue.

To stop failing, spend more time addressing the above solutions, primarily by addressing technical faults, seeking coaching, and doing more volume with 70-85% loads. The key to not failing is a concoction of many solutions, however at the root of that is learning how to succeed and becoming confident in you abilities to do so.

I often hear lifters ask if they can “try” to lift a load, which to me already sounds as if they have already begun questioning their ability to lift it. By having the mentality that you may fail the lift you already place yourself in the failing mindset. Confidence needs to always be part of a lifter’s approach to the barbell, whether in training or competition. If you come up to a weight where you start contemplating whether or not you can lift it, 9 times out of 10 you should drop the load and work with something you know you can hit.

The only exception (maybe…) would be when attempting to set a personal record, however even in that situation you should be eager and confident knowing you have done all you can to progress your lifts, and that personal record attempt is not daunting but rather something that is yours for the taking. If you find yourself “trying” to lift loads on a regular basis, you and/or your coach most likely programming poorly. Rework your training and programming to address your issues by using the solutions above, put in the work, and reap the benefits.

Confidence is critical to weightlifting. It is built through years of practice, competition, and consistency. Failing to continually solidify confidence (at any level) will can result in hindered performance and injury. Coaches and athletes should adopt the above five confidence building strategies indefinitely to maximize the performance, health, and success of their weightlifters.