Caber Tossing: Why Hurling Trees Is the Most Delicate Strength Sport

The bicycle, the telephone, the television, and penicillin are all great Scottish inventions, sure, but the country’s greatest contribution to strength sports is definitely the world-famous Highland Games.

The tartan-clad feats of strength range from hurling bundles of straw for distance (known as the “sheaf toss”) to a variation on Mas wrestling called Maide Leisg (Scots-Gaelic for “lazy stick”), but what might be the most visually striking event is the caber toss – after all, it’s big men throwing trees. 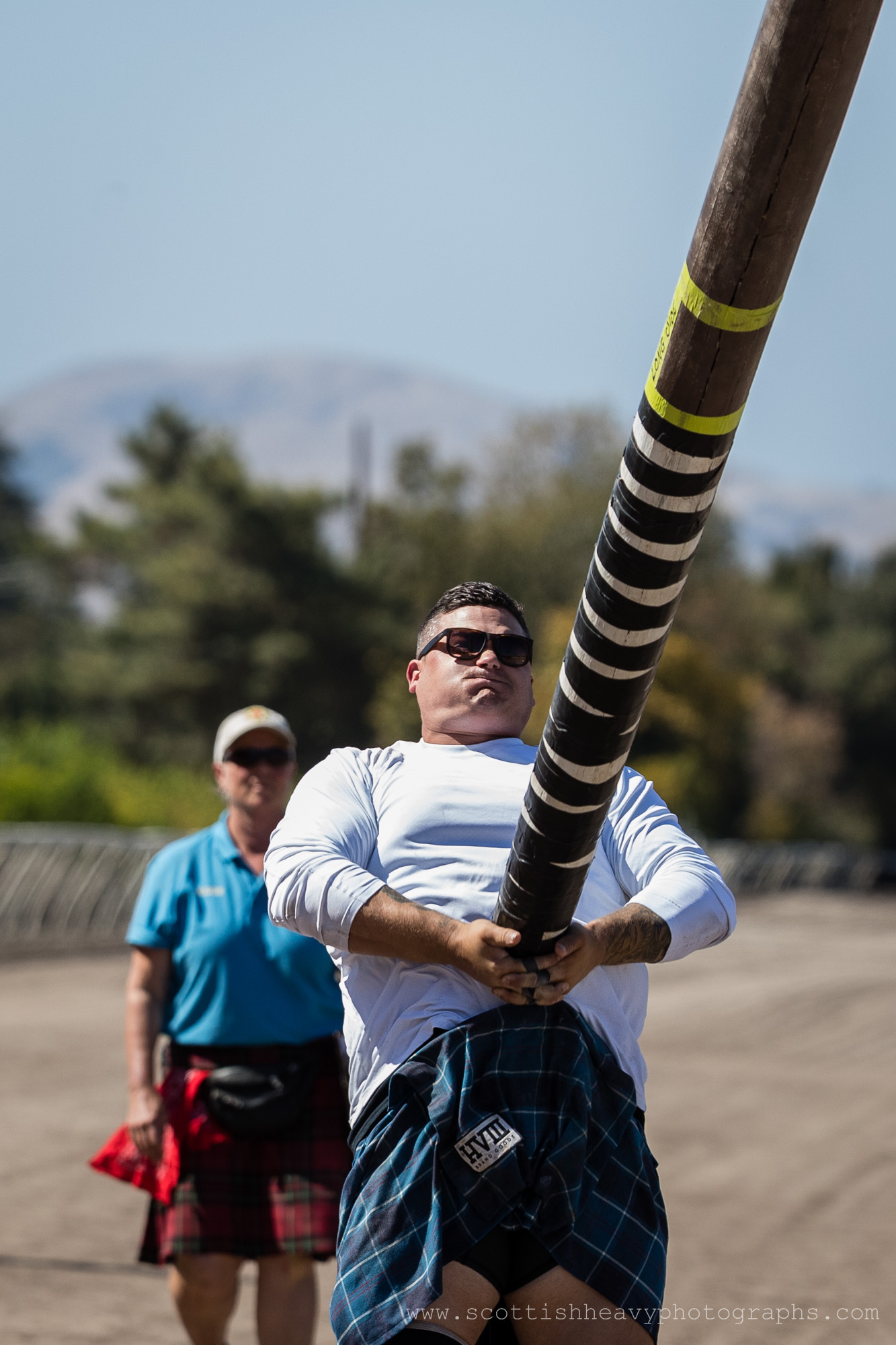 But according to two-time Highland Games World Champion Matt Vincent, the toss is more like a really, really complicated snatch pull.

“When they hand it to you, it’s standing vertical at your feet,” he says, noting that the average caber is about twenty feet tall, seven inches wide, and weighs 135 pounds. “You have to squeeze the bottom between your palms, toss it into the air, then you put your hands under it and catch it. Then you balance it, and lean it against your shoulder, and from there you’ve got to run with it until there’s enough speed on the top end to throw – if it starts leaning back, it’s not gonna do any good.”

Once the caber gains enough momentum, the athlete hurls the log through the air in a movement that’s remarkably similar to a snatch pull, but the goal isn’t to throw it as far as possible – in fact, distance doesn’t count at all.

The most crucial aspect of caber tossing isn’t strength or power, it’s accuracy: the caber needs to slowly rotate a full 180 degrees during its arc so that it lands at a precise 12 o’clock: if the end that was in the tosser’s hands is pointing ninety degrees skyward, that’s a perfect score. Points are deducted based on how far from 12 o’clock the caber lands, and the number of attempts that are allowed varies between countries. 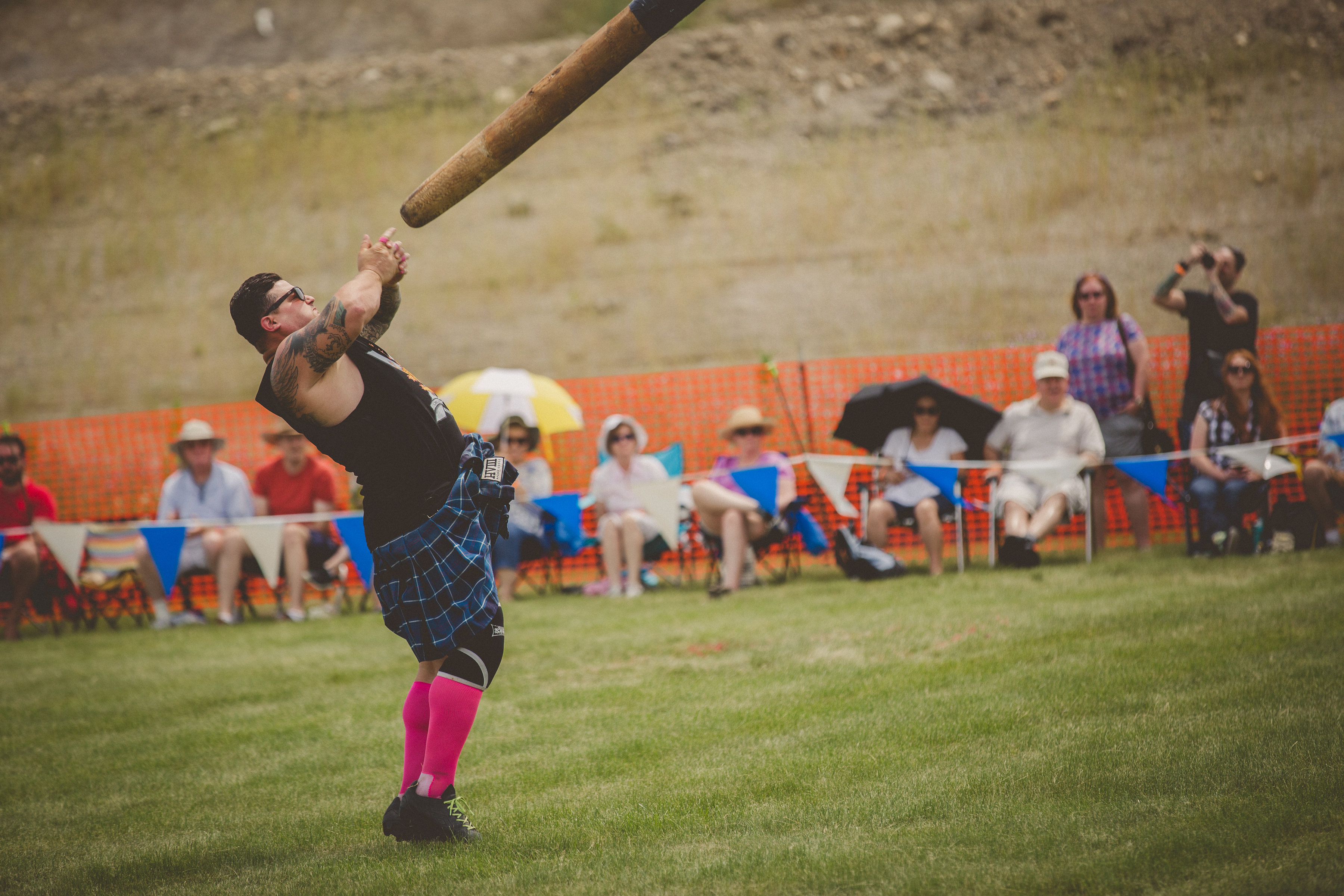 Caber tossing has pretty murky origins. Some claim it originated from lumberjacks transporting trees by throwing them into streams, others say it developed from a need to toss logs over chasms so that they would fall backward, forming a bridge. In either case, it’s pretty clear that it would be easier to just push the log forward rather than hurling it into space, so take those stories with a generous pinch of salt.

However it started out, caber tossing has a lot of appeal for recreational lifters. Vincent, who has competed in the United States, Canada, Scotland, Iceland, and France, says that becoming proficient in the six basic lifts – the squat, deadlift, bench press, overhead press, snatch, and clean – is the best way to build the strength and power necessary for the caber toss. Powerlifters, however, need not apply: the hip drive and power of Olympic lifting and throwing sports translate best into a big caber toss.

But as far as developing caber-tossing accuracy goes, there’s no substitute: you need to just toss a lot of cabers. That’s why Vincent competes twenty times per year.

“If you’re not athletic enough to throw something out of your hands and not get killed by it, maybe this isn’t the sport for you,” he says. “That’s the minimum requirement.”

He’s seen everything from cabers snapping in mid-air to teeth-smashing bounce backs, but if that sounds like it’s up your alley, check out the calendar on The Association of Scottish Games and Festivals or peruse the long list of events at the North American Scottish Games Athletics’ site.

BarBend would like to thank Kegan Dillon for his help with this article.