The marketing is very MMA-centric, but anyone can use this glucomannan-based supplement.

We take mixed martial artists seriously and when they’re recommending a fat burner, our ears perk up.

Today, we’re going to discuss Instant Knockout, a fat burner product that could actually help to produce weight loss if used judiciously. We know that’s a controversial statement to make but once you read our review below, you’ll see what we mean. Here we’ll discuss the brand, the ingredients, the potential effects you might be able to expect from this, the price, and some pros and cons.

Above all, Instant Knockout is very high in glucomannan, an ingredient that has solid evidence as an appetite suppressant. Since consuming fewer calories is the most important component of weight loss, we’re confident this could be useful to some consumers, provided you’re still mindful of your calorie intake.


Editor’s note: The content on BarBend is meant to be informative in nature, but it should not be taken as medical advice. The opinions and articles on this site are not intended for use as diagnosis, prevention, and/or treatment of health problems. Speak with your physician before undertaking any new weight loss, supplement, or exercise regimen.

So Instant Knockout’s whole brand and indeed their whole bottle, is shaped around fighting. If you’re unaware, many combat sports have rigidly set weight classes to help ensure that a tiny person isn’t fighting against someone twice their size, so when you turn up to fight you just have to be under a certain weigh. Otherwise you probably won’t be fighting anyone. So weight cuts are familiar for many fighters and Instant Knockout has testimonials from mixed martial artists John Dodson III and Diego Sanchez, who claims it helped him to drop 45 pounds. 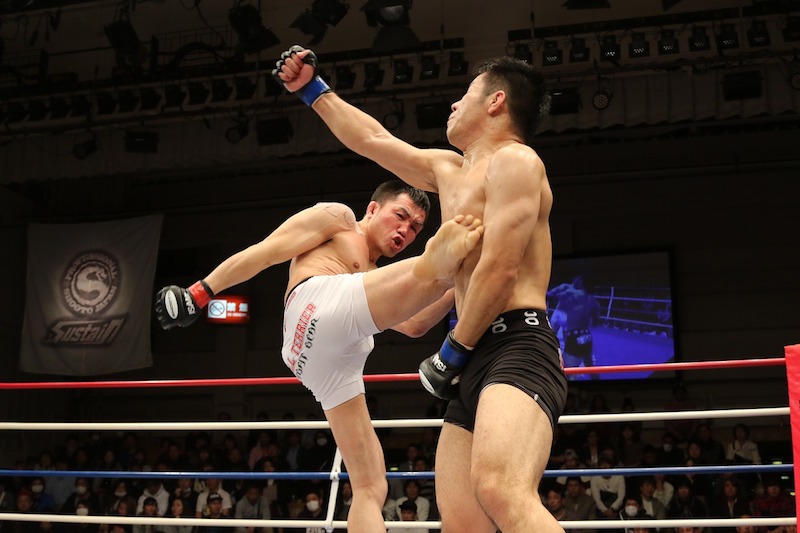 Strength sports like powerlifting and weightlifting have similar rules because a person’s weight dictates their ease at lifting heavy weights — it’s more impressive when a 200lb person squats 300lb than when a 300lb person does — but of course, losing weight is an extremely common goal for anybody, athlete and regular folk alike. You aren’t required to be hit in the face in order to take this product and Instant Knockout also touts itself as a great product for women who want to lose weight, stating,

There are some hormonal differences between men and women and how much they matter to fat burners remains a complicated question, however Instant Knockout contains a lot of the same ingredients that are found in Leanbean, which is one of the most female-focused fat burners on the market. So let’s take a closer look at these ingredients.

[See where Instant Knockout landed in our roundup of the best fat burner pills for women!] 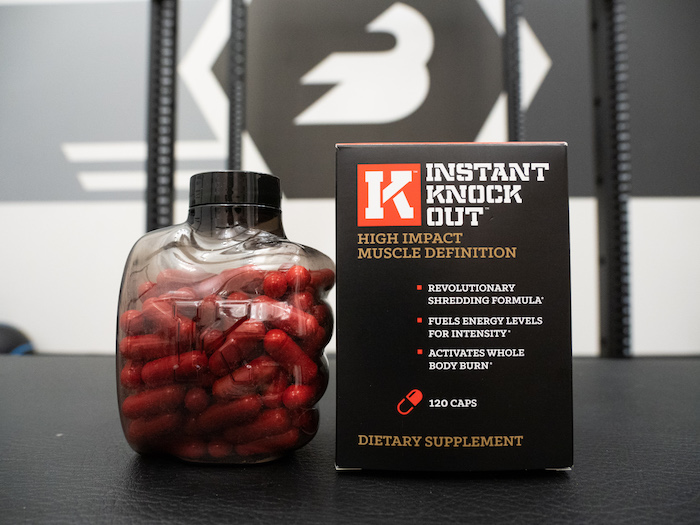 How We Rate Fat Burners

These kinds of supplements typically work in one or more of four categories.

1. Appetite suppression: Decreasing hunger.
2. Thermogenesis: Causing you to burn more calories at rest.
3. Decreased calorie absorption: Fewer of the calories you consume absorb.
4. Increased fat oxidation: We usually burn fat or carbs for energy — this coaxes the body to burn more of its fat.

Note that dosage is also very important; we ensure that a product measures up to the amounts found in studies to be effective.

Above all, it’s crucial to note that the world’s most effective fat burner is unlikely to produce more than a couple hundred extra calories burned, and far and away the most important part of weight loss is keeping an eye on your calories. You need to consume fewer calories than the body burns.

If you do this, you’ll lose weight with or without a fat burner. But these supplements can make the process a little easier, provided they’re used judiciously, weight loss is gradual, and you check in with a physician or healthcare professional before you begin taking them.

So how do the ingredients in Instant Knockout work? 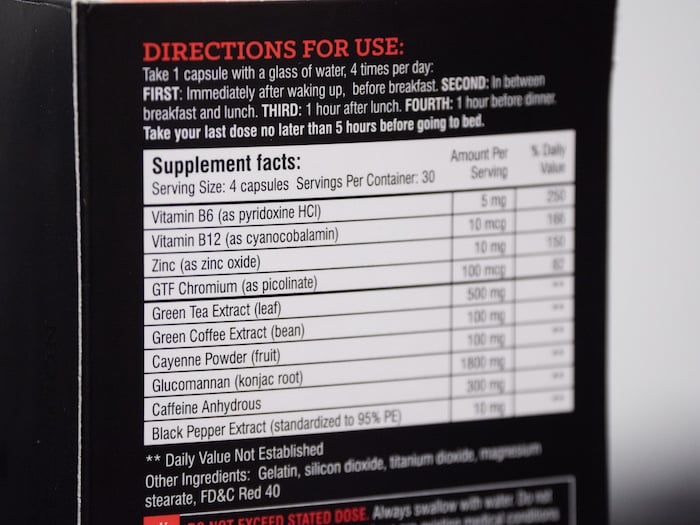 You’re meant to take 4 capsules per day, two at a time. Here’s what you’ll have consumed by the end of one day. 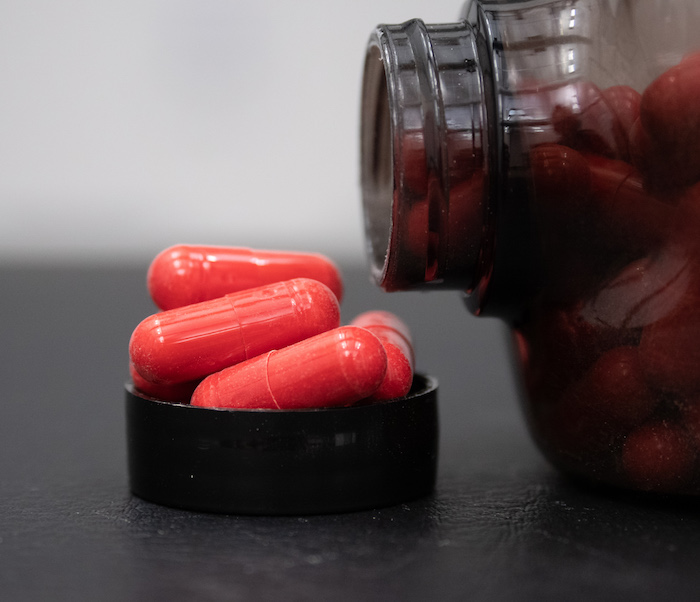 Let’s look at what are, in our opinion, the most effective ingredients.

This is the star ingredient. Made from the root of the Japanese konjac tree, it expands in the stomach and thereby helps to decrease hunger.

One study published in the International Journal of Obesity reported that two doses of 500 milligrams per day helped obese people lose more weight than a control group, even though they didn’t make any other changes to their diet.(1) Instant Knockout has almost two grams of it, so we’re confident that this can help to curb hunger.

It’s not uncommon to hear that because it absorbs water, it can produce thirst in some folks. Besides that there are very few side effects associated with it.

Caffeine has a link with increased fat oxidation and thermogenesis.(2) This may be because it appears to increase adrenaline (which helps break down fats), and a study in the American Journal of Clinical Nutrition found that 100 milligrams increased calorie burn by between 75 and 150 extra calories.(3)(4) There are 300 milligrams of caffeine in a day’s worth of Instant Knockout — this may be a con for some folks who don’t tolerate or enjoy the stimulant. 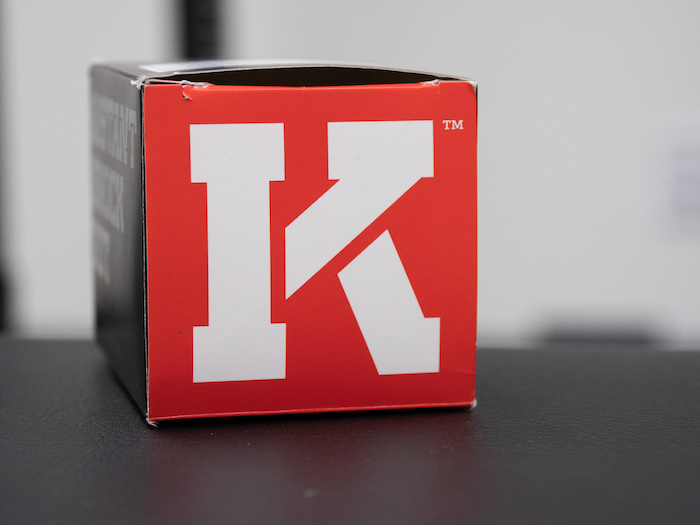 Linked to increased fat oxidation and thermogenesis, studies suggest it can help to burn somewhere in the area of 100 extra calories.(5)(6)(7)

Fat oxidation. A double blind study from the American Journal of Clinical Nutrition, for example, saw a 17 percent increase in fat oxidation with 366mg of EGCGs, a powerful antioxidant and the active ingredient in green tea.(8)(9) An issue with Instant Knockout, however, is that it doesn’t specify the EGCG content.

Some studies have found this can decrease calorie absorption in the area of one to two hundred calories.(10)(11) The active ingredient here is chlorogenic acid, but the chlorogenic acid content isn’t quantified either.

In addition to a link with increased fat oxidation, it’s also meant to help you absorb nutrients, which is why it’s sometimes included in prescription medications.(12)(13)(14) 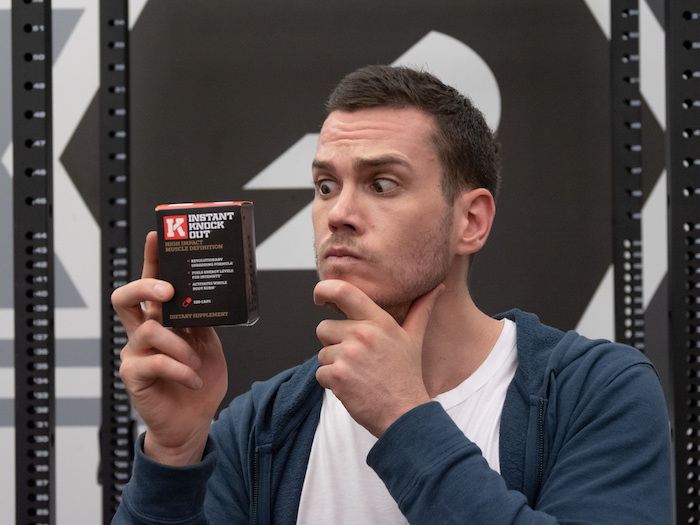 Instant Knockout says that the B-vitamins are here to help with energy production and focus, saying

If you’re not getting enough B12 in your diet you may be experiencing: Loss of strength, low blood pressure, mood swings, fatigue, shakiness

It is indeed true that not getting enough B12 and some other B vitamins can cause these symptoms but the key word here is ‘not getting enough.’ If you’re deficient — which is unlikely — these can be symptoms, but taking lots of it won’t supercharge your strength and focus.

Similarly, the zinc is included here to help with testosterone production and while low zinc may result in low T, this doesn’t mean that extra zinc results in supraphysiological T. 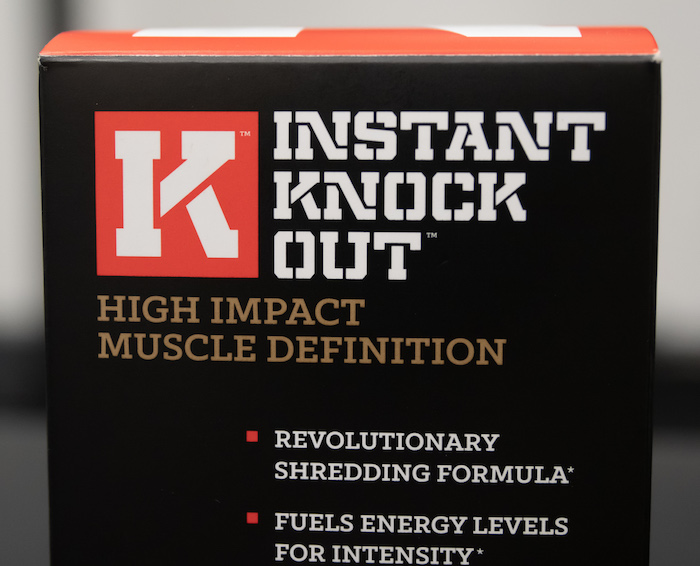 It’s hard to compare different the cost of fat burners to other fat burners because they vary so much in ingredients, but on average they cost about $1 per day.

Instant Knockout emphasizes bulk deals, so if you get three jars at a time they throw in a fourth for free. That bundle results in a cost of between $40 and $50 per bottle or roughly $1.50 per day.

That’s pricy, but I think this is one of the most effective fat burners on the market, so I’m not complaining too much. 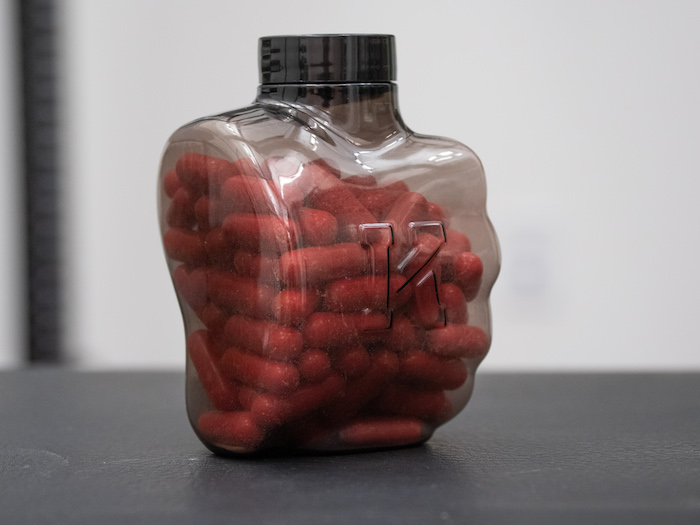 I was disappointed that the labeling wasn’t super transparent with regard to EGCG or chlorogenic acid, but I think there’s enough going on here in the ingredients for this to be worth a buy. Above all it seems to be a very effective appetite suppressant, which I think is much more important than a product helping to increase fat oxidation or thermogenesis. Hunger is the biggest hurdle for weight loss and this may go a long way to helping to overcome that issue. Just keep an eye on your calories regardless. 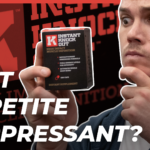