The Underrated Benefits of Using Iso Deadlifts In Your Program

Iso deadlifts can be a lifter's best friend for busting through sticking points.

The deadlift can be both one of the easiest and most frustrating movements to progress.

For many athletes, the deadlift is usually the lift that progresses the most quickly when first starting out with barbell training, however, like all good things — that will only last for so long. When training stalls, it’s usually a sign to take a step back and be objective about weak areas and sticking points.

One deadlift tool worth considering to work through a sticking point is the iso deadlift.

The iso deadlift is a deadlift variation that requires athletes to apply maximal force with a barbell into pins at various positions. The lift isn’t being completed — the iso deadlift trains isometric strength at different points in the lift. If you’re an active social media user, then you’ve probably seen this deadlift variation used or taught most recently by Louie Simmons of Westside Barbell, Chris Bridgeford, or Stefi Cohen.

Author’s Note: Before diving any further into this article, let’s address an elephant in the room. If your deadlift is progressing with conventional training methods, then keep doing what you’re doing. Only explore and apply iso deadlifts to your training if you’re at a complete loss for progress — and always be sure to ask a coach for recommendations.

What Is an Iso Deadlift?

An iso deadlift is a deadlift variation that has athletes take an empty or loaded barbell in a power rack, then maximally contract and lift that barbell into pins at varying heights. Sometimes the lift might be held for ten seconds, sometimes a minute.

The point is that you’re pulling without the bar moving. This is a big difference between iso deadlifts and isometric holds: you’re not holding the bar at a certain height, you’re actively pulling it up while being unable to actually move the bar.

Why Iso Deadlifts Can Work

We can assess iso deadlifts and their potential benefits from multiple points of view. In strength training, an isometric muscle contraction results in a joint angle and muscle length that remain unchanged. Some examples could be holding a dumbbell for 5 seconds at a 90-degree arm angle, or pausing a deadlift at the mid-shin for 3-seconds.

Let’s look at what the research suggests about isometric muscle contractions.

A 2001 study published in the Journal of Applied Physiology compared muscle fiber recruitment with maximal voluntary contractions with isometric, concentric, and eccentric movement patterns (1). Research authors had subjects apply maximal force on a seated leg extension machine and then measured quadriceps activation for each contraction style. Upon the conclusion of their study, researchers suggested that isometric contractions resulted in slightly higher muscle activation (about 5%) compared to concentric and eccentric movements. 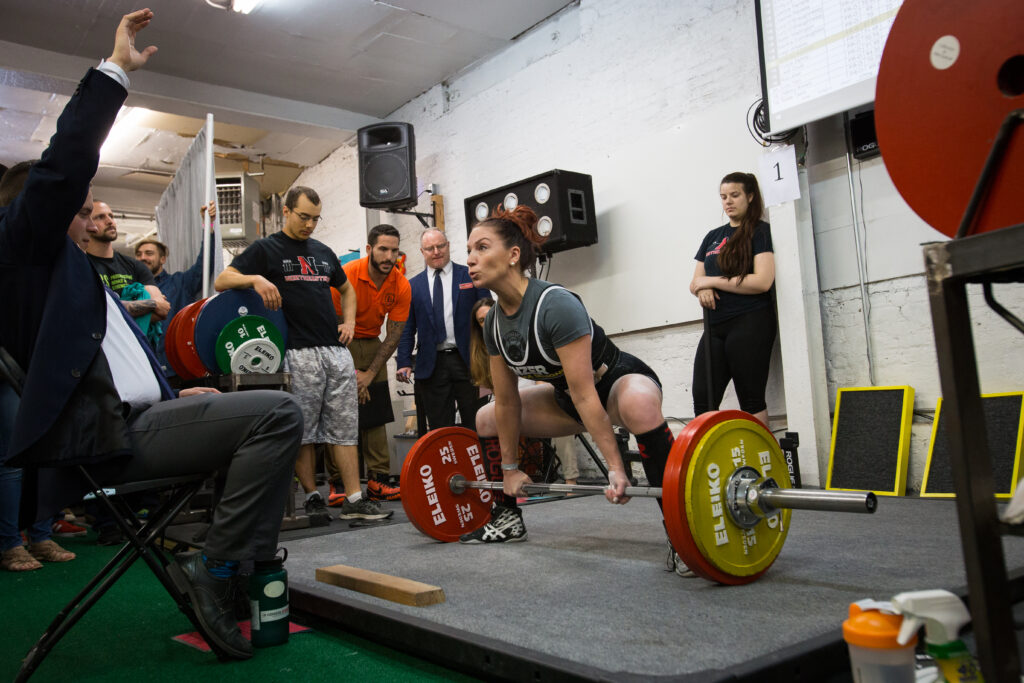 A perhaps more relevant study about isometric strength training was a 2019 review in the International Journal of Sports Medicine (2). The review analyzed relevant studies and broke down their effects on training adaptations and sport specific applications. The authors suggest that isometric strength training is beneficial for improving strength in various lifting postures and it’s useful for acquiring neuromuscular adaptations.

One of the biggest benefits that comes with the application of iso deadlifts is how this variation can create carryover to very specific movement angles. Iso deadlifts can be performed at nearly any height, and generally, athletes/coaches will utilize pulling angles that align with sticking points and areas where positional problems are prevalent. For example, if an athlete has trouble around the mid-shin, then brunt of the iso deadlift work would be around this area.

It’s not realistic to hold maximal deadlifts at very specific angles, so performing iso deadlifts is one way to maximally contract in a particular position without overly fatiguing the body, or risking form breakdown.

On a similar note, the iso deadlift can allow coaches to do a better job of analyzing form. In maximal deadlifts, form breakdown can be extremely subtle at times, and a subtle fault in one’s movement pattern can be the difference between a good lift and missed lift. By performing iso deadlifts for multiple seconds at a time throughout various heights, coaches can more easily notice the sticking points that could cause an athlete to miss a lift.

In addition, athletes can also benefit from iso deadlifts due to their ability to highlight poor movement patterns. Let’s say an athlete is leaning forward during the mid-shin portion of their pull, but was unaware that this was happening during sub-maximal and maximal sets. If an athlete is performing an iso deadlift at the mid-shin height applying maximal force for 6-seconds, then there’s a good chance they’ll notice where their form is breaking down.

Note, this benefit will be highly dependent on an athlete’s training history, current training state, and the overall scope of their program. 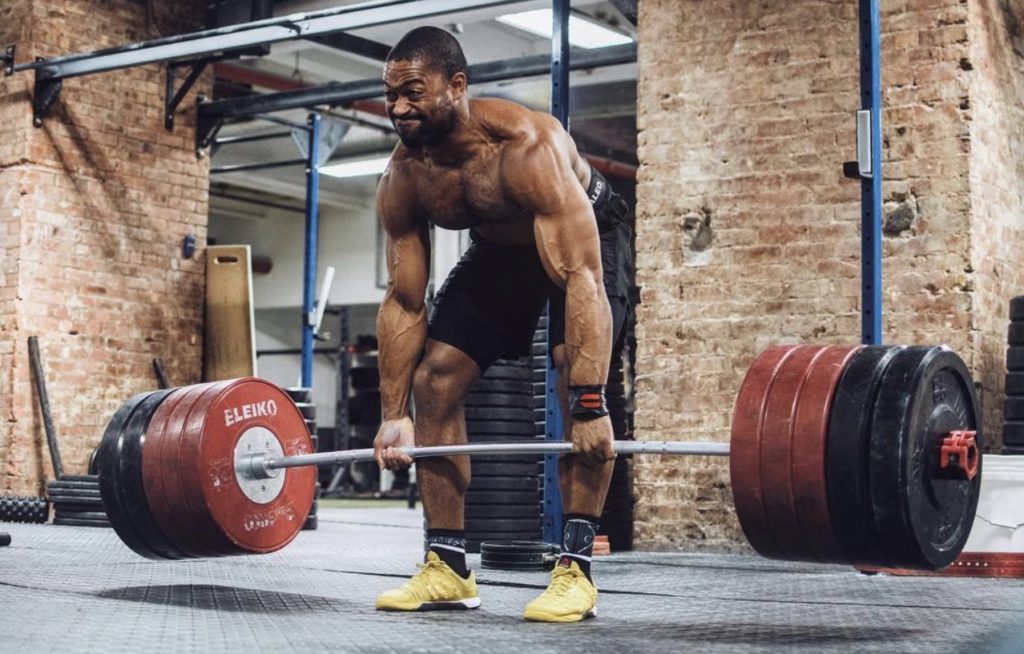 How to Program Iso Deadlifts

There are multiple ways to program iso deadlifts, and in this article, we’ll focus on two common ways athlete can use them in training programs.

The first — and slightly more beginner friendly option — to program iso deadlifts is as a deadlift movement primer. For this method, athletes will utilize iso deadlifts as part of their warm-up for their main deadlift working sets. After an athlete performs their general warm-up, they can move to iso deadlift at various positions to stimulate the muscles needed for their deadlifts.

An example of what this could like is laid out below,

Note: Since this is part of the warm-up, ease into how much force is displaced into the barbell!

This programming method will benefit athletes who have trouble getting into properly pulling positions best. For example, if the starting position in the sumo deadlift is a weak point for an athlete, then performing a few sets of iso deadlifts can be useful to ensure they’re moving correctly and able to achieve correct postures.

The next and most common way you’ll see iso deadlifts used in programs is when they’re coupled with speed deadlifts/lighter intensity deadlifts. This approach somewhat shadows what post-activation potentiation (PAP) training tries to achieve, and can be useful when the goal is improving speed, power, and strength through sticking points.

PAP Training is a training method that couples heavy strength movements with lighter, plyometric movements. The theory is that the neural drive required to perform heavy lifts remains elevated after you’ve finished the set. Therefore, when you go on to perform the plyometric movements, you’ll have better power output than if you hadn’t preceded them with the heavy lifting.

In theory, if you can apply a maximal force at a certain angle for a varied amount of time and speed deadlift right after, then there could be carryover to strength and movement mechanics. This could be due to the high (or higher) neural stimulation, strength at those particular joint angles, and/or overall deadlift confidence.

An example of what this could look like in a program can be seen below,

Note: The example above is assuming one’s sticking point exists around the mid-shin.

It’s important to note that is an advanced programming method and should only be performed with careful curation and with a watchful eye from a coach. This style of deadlift protocol comes attached with very specific training adaptations, so a full understanding of the “why” needs to be had before haphazardly using iso deadlift with speed deadlifts in a program.

Iso deadlifts can be an extremely useful training tool for athletes in need of help busting through deadlift sticking points. They’re a slightly unconventional training method, but can be very useful when applied properly to a workout program.