Why Omega-3s Are Extra Helpful for Strength Athletes

Multivitamins and meal replacements will often be delighted to tell you that they provide all of your essential vitamins and minerals, but will conveniently leave off one nutrient that’s essential for optimal health: Omega-3 fatty acids.

There’s no official recommended daily intake for Omega-3s, perhaps in part because the ideal intake may depend on how much you consume relative to other nutrients (more on that later), but getting your Omega-3s right is a really important part of your health — particularly if you’re an athlete. You might have heard that they’re good for the brain.

There’s more you should know. 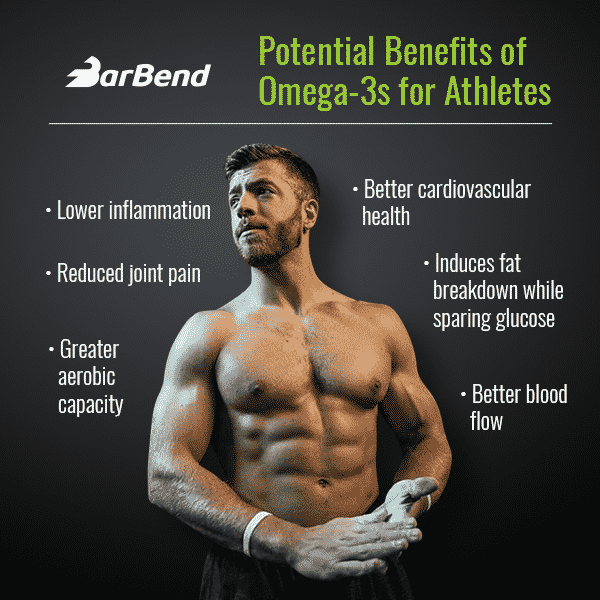 There really is a significant amount of research suggesting that an optimal intake could help to reduce the risk of Alzheimer’s disease and improve functioning for people experiencing other forms of cognitive impairment.(1)(2)(3) There’s even evidence they could improve symptoms of depression, as people with depression sometimes have low blood levels of EPA and DHA, the two main forms of Omega-3s used by the body.

The content on BarBend is meant to be informative in nature, but it should not be taken as medical advice. When starting a new training regimen and/or diet, it is always a good idea to consult with a trusted medical professional. We are not a medical resource. The opinions and articles on this site are not intended for use as diagnosis, prevention, and/or treatment of health problems. They are not substitutes for consulting a qualified medical professional.

The evidence is a little weaker for boosting cognition among healthy patients, but as a means for keeping a mind healthy for as long as possible, it does seem like it’s not a bad idea to get plenty of Omega-3 fatty acids.(1) But doctors and dietitians might be more likely to recommend Omega-3s for the purported benefits they have on the heart.

“For the general public, Omega-3s are important for heart health,” says Natalie Rizzo, MS, RD, a New York-based sports dietitian. “They’re also good for hair, skin, and nails, but most of the research is on heart health, blood pressure, cholesterol, things like that.”

Benefits of Omega-3s for Athletes

So that’s all well and good, but what’s fish fat going to do for your lifts? Maybe a lot.

Let’s start with one of the most popular effects: joint pain. A ton of athletes swear by the benefits of fish oil for mitigating post-workout joint issues and research agrees that it may indeed improve joint pain in regular folks and those with rheumatoid arthritis. (4)(5)

“It helps with inflammation,” says Rizzo. “After a tough workout your muscles and everything are inflamed and while the research is very new in this, so take it with a grain of salt, a lot of research says it that Omega-3s could potentially reduce inflammation in athletes.”

But there are other benefits for athletes that might be more surprising.

A lot of this comes down to inflammation, which Omega-3s seem to have a significant impact on. Some research has even found that patients with chronic inflammatory diseases can lower their use of anti-inflammatory drugs when they’re maintaining an optimal intake of Omega-3s.(6)

Exercise can produce acute inflammation for the same reason it causes oxidation: exercise damages the body. You might already know that, and that the body repairing that damage is what makes you stronger. Athletes, therefore, typically experience more inflammation and oxidation than sedentary folks, making Omega-3s all the more important. A well known paper on the subject noted that 1 to 2 grams of Omega-3s per day (some ten times the amount usually recommended) “may help counteract exercise-induced inflammation” and another from 2011 found that 3 daily grams of the stuff reduced soreness and inflammation following strength training.(7)(8)

But recovery aside, fish oil that’s particularly rich in EPA could also help to reduce perceived exertion and lower heart rate.(9)(19) It could even make fat loss easier, with various studies finding that supplementation can increase metabolic rate by anywhere from 3 to 14 percent while also increasing muscle mass and decreasing body fat. (10)(11)(12)(13) Perhaps unsurprisingly, these effects are enhanced when combining fish oil and exercise.(11)(14)

[Check out our picks for the 7 best Omega-3 supplements!] 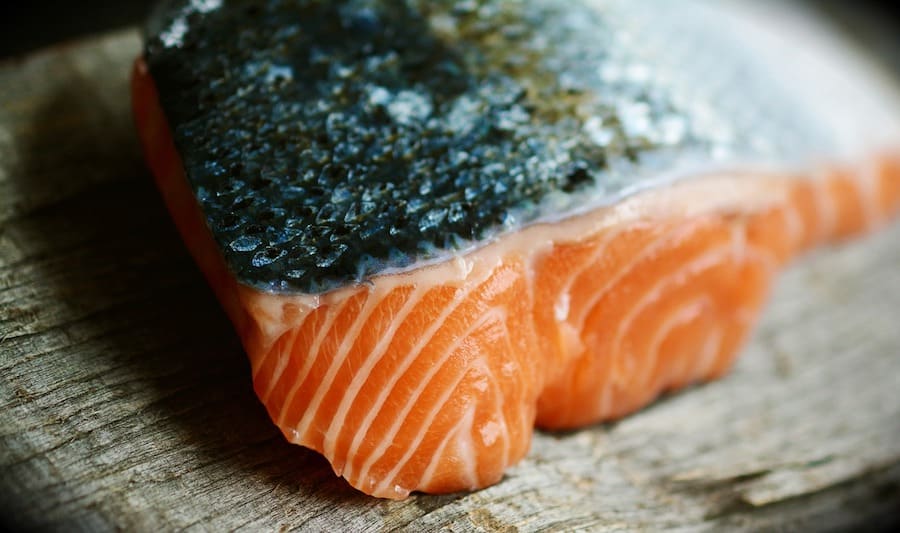 It’s hotly debated as to whether or not fish oil supplements (which contain a ton of EPA and DHA) will lower your heart disease risk as well as just consuming plenty of fish, but experts tend to think supplements aren’t a bad idea if you just aren’t going to stick to a fish heavy diet. (15)(16)(17) But as is usually the case, getting your nutrients from whole foods is probably better.

“I think it’s great if you’re getting a Nordic diet and eating fish five times a week, but if you only eat fish once a week or every other week, feel free to get the fish oil supplements,” says Rizzo. “If you get the fish rich diet, you can ditch ‘em.”

What about the Omega-3s in nuts and seeds? They come with a pretty big asterisk. There are three main kinds of Omega-3s and the most common plant-based kind, ALA (or Alpha Linolenic Acid) is the kind you get in chia seeds, flaxseeds, walnuts, and other popular forms of plant-based Omega-3. 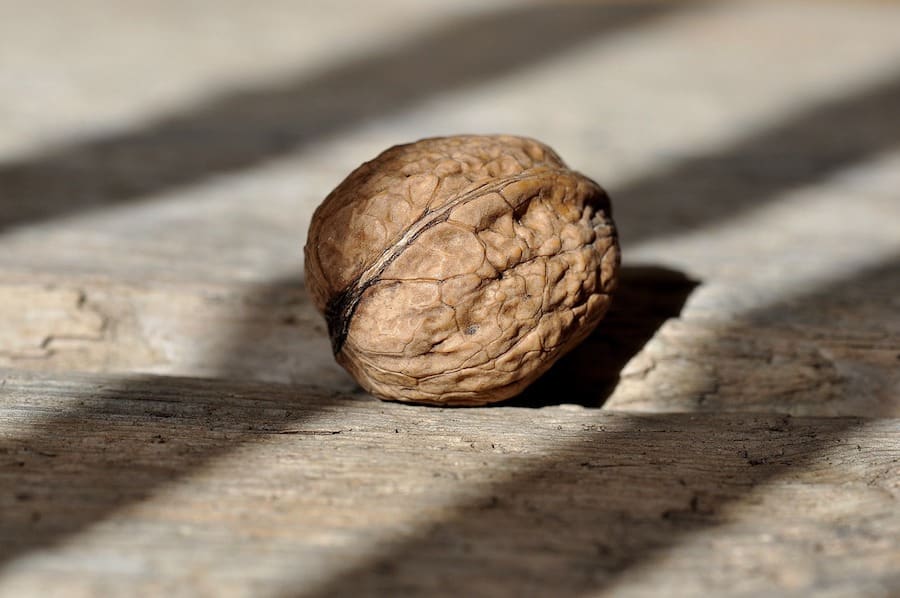 But EPA and DHA are the kind the body uses, so if you’re consuming ALA then it has to be converted by the body. The downside is you probably lose the majority of them during that conversion, with some evidence showing just five to ten percent of ALA is converted to EPA and two to five percent makes it to DHA.(18)

“I want to be really clear: don’t not eat nuts,” says Rizzo. “There are so many benefits to them, but I know fish is a much better source of Omega-3s for your body. Some people are vegan and nuts can be a good source of it for them, but it’s going to be more bioavailable for you if you eat fish.”

Again, there’s no officially recommended intake, but experts typically recommend somewhere between 250 and 500 milligrams of Omega-3 per day. You’ll get 500 to 1,000 milligrams of the stuff in about 100 grams of salmon, sardines, tuna, swordfish, and a lot of other fatty fish. If you’re more of a beef person, grass-fed beef has about twice as much Omega-3 as the conventional kind, but you’re still just looking at about 80 milligrams in a 100-gram serving. Fish wins.

So, seafood is probably your best bet for Omega-3s. If you’re vegan, you’ll want to consume particularly high amounts of ALA, or you can get vegan EPA and DHA from microalgae which is where, by way of a lengthy food chain, most marine animals get theirs from. Microalgae supplements exist if you want plant-based EPA/DHA, but they’re pricy.

Finally, a healthy Omega-3 intake should be coupled with a healthy Omega-6 intake. Omega-6 is found in a lot of the fat we’re told not to consume like processed seed oils and fried foods, but also in more “healthy” foods like chicken and nuts.

A healthy ratio of Omega-3 to Omega-6 is about 1:3, but these days we typically eat more like 1:20. Omega-3 and Omega-6 compete for the same enzyme that processes them so a lot of 6 means you’re less likely to process the 3, plus high intakes of 6 have been linked to heart disease, obesity, depression, cancer, and so on. 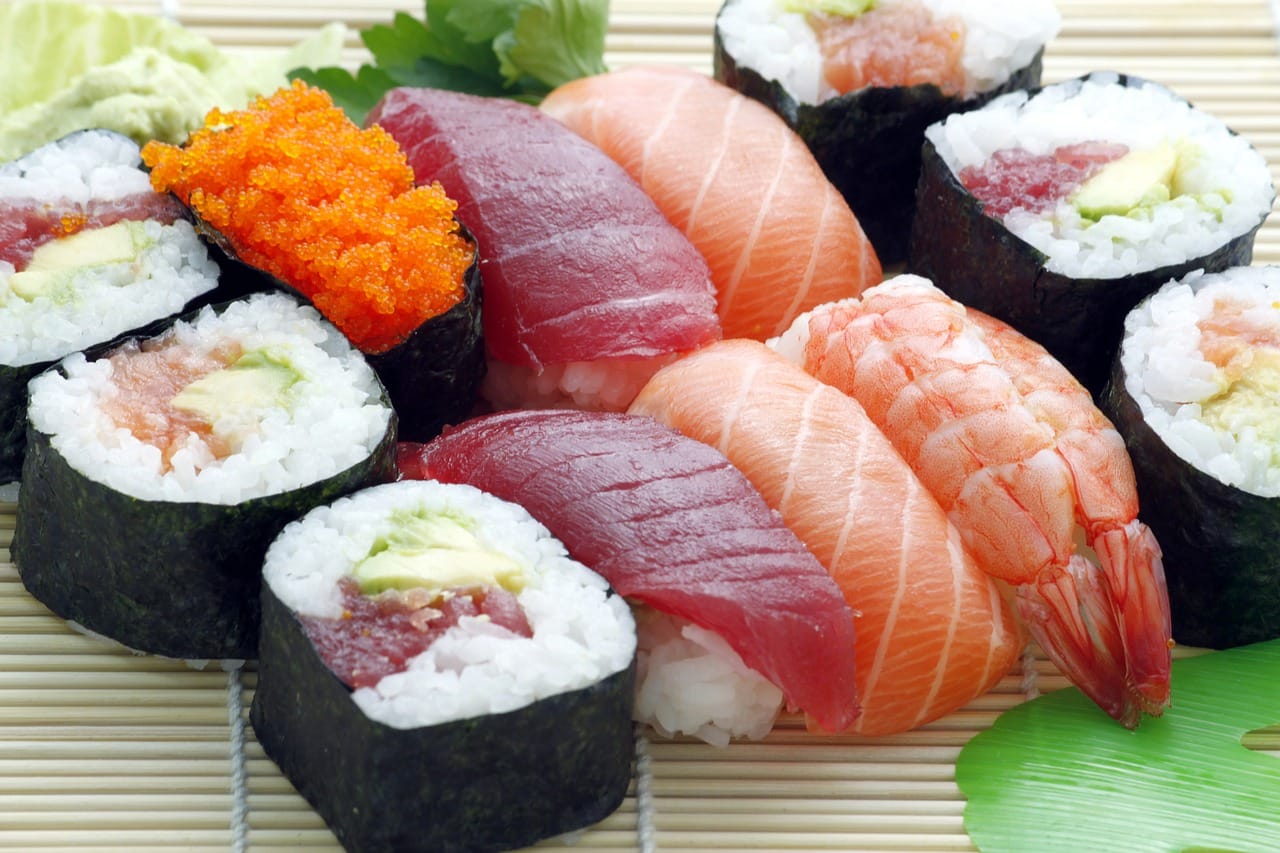 There are loads of reasons athletes should focus on their Omega-3 intake and while we just threw a lot of information at you, the core of good nutrition remains the same: minimize fried and processed foods and focus on naturally-raised food.