Discover the ways to fight back against active injuries.

Sore muscles suck. Your WODs are modified, you scale back only to train movements that don’t cause you discomfort, but it’s still not the same as before. Sticking to your physical therapist’s rehabilitation plan is a sure way to help you get back in the game, and should absolutely be your priority before you think about supplements. Once you’re following a physician’s orders and you’ve cleared it with them, it might be a good idea to consider some nutrients that have  some links to recovery.

(Again, only if your doctor has given you the go ahead.)

Curcumin is a phenomenally popular compound derived from the turmeric plant that appears to have anti-inflammatory and antioxidant properties (1). Numerous studies have suggested a strong effect in decreasing inflammatory proteins and assisting with cell regeneration (2). Whether you take it in pill form, mix it into smoothies, or dissolve it into hot drinks, curcumin is best paired with black pepper to improve bioavailability — which increase up to 2000%, according to some research (3). If you’re uncertain of what the proper dose to take it, we’ve sorted out a best curcumin list for reference.

[Related: A dietitian’s take on the benefits of curcumin.]

Glucosamine is responsible for creating molecules found in tendons, skin, joints, and ligaments. It’s most commonly used for its potential role in treating symptoms of osteoarthritis and rheumatoid arthritis, though some research suggests that 28 days of supplementation could help with rehabbing damaged joints, reducing swelling, and improving range of motion (4, 5, 6, 7). To get the most bang for your buck, studies suggest a dosage of 1,500mg of glucosamine with 800mg of chondroitin (8).

In supplement form, zinc is generally used for its potential role in supporting normal immune function. Research suggests it can also help to reduce oxidative stress — that’s what antioxidants do — and inflammatory responses (9). Zinc seems to have a role in membrane repair, combating oxidative stress, coagulation, inflammation, and immunity. Regular levels of zinc supplementation range from 15–30 mg/day in adults which can be easily consumed in pill form or even through your diet.(10) Try mixing in more lean meat, shellfish, nuts and seeds into your meal prep or treat yourself to some dark chocolate.

The direct effects of creatine on healing haven’t really been studied, so it makes sense to maintain some skepticism. That said, one 12-week study showed supplementation of 5 to 10 grams per day (that’s a standard dose for athletes) helped to reduce muscle atrophy during a 2 week period of inactivity (11). They also noted enhanced muscle function and hypertrophy. 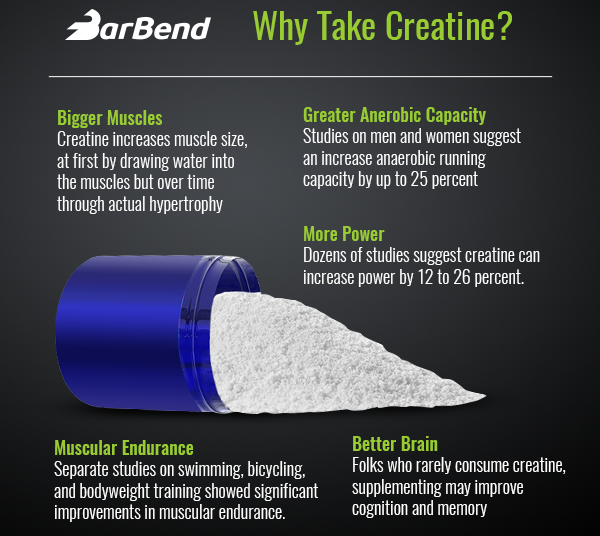 In a 2015 study, the benefits of L-arginine were put to the test on a muscle strain and a dose of 3 grams a day resulted in faster repairs to the trauma, largely due to the development of new blood vessels that improved nutrient absorption and energy production (12). If you’re a regular consumer of meat (turkey, chicken, beef) or legumes (chickpeas, lentils), you might already be reaping the benefits of this amino acid. Other foods high in L-arginine include nuts, seeds, spinach, and spirulina.

Remember, always consult with a doctor before making any changes to your supplement regimen.