What Is Tempo Training, and How Can It Improve Your Strength Gains?

Have you ever seen those four magic numbers in your program? If not, you’re missing out on some major gains! These numbers signify a tempo that controls the speed with which you move throughout an exercise, and how long you stay in the bottom and top positions of the movement. For many resistance movements, utilizing a specific tempo can benefit an athlete by forcing controlled quality reps, getting the correct dose response out of the exercise, and overcoming weak points by spending more time in specific positions.

Note: Tempo numbers are always written in the same order of (E,P,C,P), however not every exercise starts with an eccentric movement. The deadlift, pull-ups, and other similar movements start Concentrically, so when reading the tempo for this movement and others alike make sure you understand what position the movement starts in order to complete the exercise with the correct tempo.

The Benefits of Tempo Training

Teaches Control Through the Movement

Whether you’re a beginner or seasoned athlete, one of the best ways to increase strength while avoiding injury is to consistently maintain proper movement mechanics. When rushing a movement such as a squat, you’re less likely to pay attention to several key points like properly hinging from the hips, midline stability, proper tracking of the knees, etc. Disregarding these key points looks a lot like crashing down with a rounded back, harsh flexion of the knees showing little to no control, and the infamous “butt wink.” Using a tempo prescription can help athletes slow down and feel each position from start to finish, while learning to replicate quality movement as the weight increases.

Completing reps without awareness and control makes it easy to hit a plateau due to lingering weaknesses. Have you ever had a hard time with a front squat? You may be able to complete the squat, but you can’t seem to maintain an upright position, or you lose the weight forward. Try to go heavier, and the problem magnifies. We can look at your mobility to try to get your elbows up higher, or check your ankle mobility, but when that doesn’t work how much more can you mobilize?

Assuming that you have good squat mechanics, chances are you have a weakness, possibly a lack of midline stability, causing complications getting in or out of positions like the bottom of the squat. Some top powerlifters highly advocate front squats with long pauses at both the bottom and the top. The purpose is to overload the positions you’re weakest or least comfortable in, while practicing proper bracing in your trunk in order to maintain an upright position and rigidity within the entire movement.

According to Travis Mash, a 7 second pause at the bottom, along with the 15 second pause at the top is a “life changing front squat routine.” It will light up your core and make you breathe harder than you have been as you work to stabilize under long periods of time under tension. Working up to a heavy single, doubles, or triples with some down sets for volume is a great way to increase your stability and leg strength in the front squat, hence not only increasing your squat numbers but also your cleans.

I have tried it myself, and in less than 3 months I brought my Front Squat (at the time) from a struggling 285lb with collapsing upper back to an easy 315lb front squat with good form.

Being consistent and going through quality repetitions builds a stronger foundation to add upon. Once advancements are earned, variety starts to play an important role in training. The most common are tweaking the intensity or volume of your workout, and playing with sets and reps. While all of those are great, including varying tempos can make a huge contribution to your arsenal (whether it’s by increasing the eccentric portion for metabolic responses and hypertrophy, or power in explosive concentric contractions). The combinations in tempo are endless and can target the several areas of your specific sport or general strength needs.

Manipulating the “TUT” in an exercise changes the response your body will have. It is common in bodybuilding to increase the time spent in eccentric portion of the exercise, as it promotes lean muscle growth. Knowing how to manipulate tempo for specific responses and exercises are important as you shouldn’t always prescribe the same tempo to every athlete. For example, programming a Marathon runner with high eccentric time in their program can hinder their performance due to the possibility of unnecessary muscle mass gain they may not need for sustainability, just like leaving out explosive tempos for power athletes may slow them down.

Tempo prescriptions affects the reps/sets and rest time needed per exercise, hence why it shouldn’t be an afterthought. However, there are ways to incorrectly prescribe Tempo/Rep pairing. 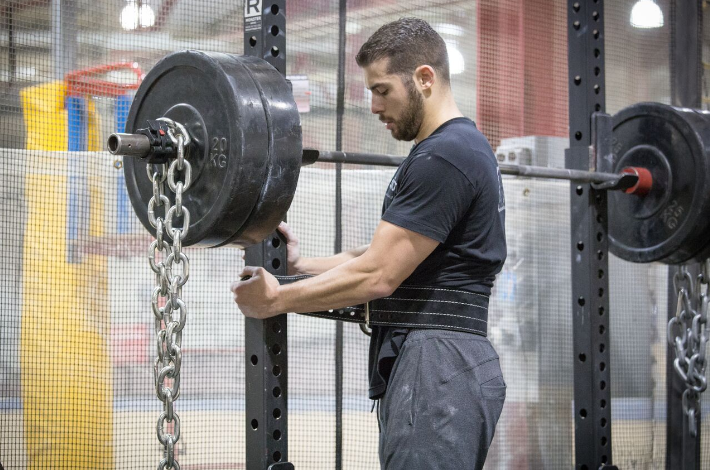 An example I once learned was if the prescription is: Bicep Curl @30X0 x 18 reps

This wouldn’t make much sense, as the weight would have to be too light in order to complete that many reps, and will not give enough tension to cause the correct response. You may even lose control on the Concentric portion (X – Explode) as the weight would be so light. Dropping the reps to a lower number will give the athlete a better dose response as the load can now increase due to the lower reps required.

In order to get the proper dose response, you must put into consideration the total amount of time under tension within each set. Finding the total TUT is simply adding the amount of seconds in each part of the Tempo and multiplying it by the amount of reps per set.

With this example we can see a few things:

1. It will be moderately heavy due to the amount of reps
2. Force the athlete to squat with control
3. Teach stabilization
4. Increasing raw strength/hypertrophy

Controlling the movement and increasing quality of the reps alone can keep you away from injuries. Using tempo for novice athletes allows them to focus on technique, while also developing neuromuscular adaptations with safer weights. It’s much easier to put the ego aside, knowing you have to slow down or pause to follow the prescribed tempo and use less weight. Exercises accompanied by Tempo can also relieve stress on the joints due to the extra recruitment of muscle fibers as mentioned earlier. According to CJ Martin of CrossFit Invictus:

“Muscles are far better at adapting to increased loads. Connective tissue typically takes longer to strengthen and adapt to the increasing loads, so by slowing down the tempo you can give your connective tissue some rest while still strengthening the surrounding musculature.”

Using a consistent tempo is a great way to measure and retest progress. For example, if you are working up to a 5 rep max on a bench press with good control and a few weeks later you “PR” letting it crash down to your chest, and bouncing it off, was it a true PR? Did you really get stronger? Sure you can move the weight, but were you able to own that weight and move it with the same control and purpose you once did. In order to test something, it must be accurately measurable and repeatable. For example, we can use the same exercise, with different tempo, and it will vastly change the outcome of the movement.

A Bench Press @31X1 – 5 reps is a totally different experience than the same movement @1011- 5 reps, because as reviewed earlier, one has a total TUT of 30sec and the other is 15sec. We can see comparing these directly is not the ideal way to test for strength, as the movement is no longer the same. So while it’s great to vary your tempo for several stress responses, it is best to — at least occasionally — test using the same Tempo to assure validity within the movement and the progress made.

Note: Try not to cheat yourself and count your seconds quickly, even if that means having to go lighter in weight. Putting your ego aside as mentioned earlier and going a little lighter while moving within the prescribed tempo count will be just as hard, if not more challenging than using heavier weight.

As a coach, almost every movement in my clients’ programming has its own tempo for purposes to individualize the dose response of the given movement in order to help them recover from past injuries while increasing their strength to keep them from it. Or, it’s about just getting others bigger and stronger by attacking weaknesses or teach control in order to overcome plateaus. If you are unsure about how to incorporate tempos into your program, find a coach who can provide individualized programming and can use tempos specifically for your needs. Coaches who commonly use tempo movements in their programming include Charles Poliquin, James Fitzgerald, and CJ Martin, and their writing may be a good source of research for your own understanding.

2 thoughts on “What Is Tempo Training, and How Can It Improve Your Strength Gains?”