The Single-Arm Snatch: Should You Do Them?

The single-arm snatch is more than just a cool looking exercise. Long ago, our strong and stoic forefathers were performing this lift regularly to develop raw power and strength. I must admit, at first glance I took this lift as a “fun” challenging exercise, often overlooking it’s true benefits and applications to strength and power.

I decided to educate myself on the history behind this classic lift, and the benefits that nearly every one of us (strongmen, powerlifters, functional fitness athletes, and yes, even Olympic weightlifters) can expect by adding these into our training regimens.

It is important to note that this movement does have it’s risks. Athletes who lack sufficient mobility, shoulder stabilization, and general awareness may want to hold off on performing barbell single-arm snatches from training. The good news is exercises like the Turkish get up, arm bars, kettlebell and dumbbell single-arm cleans and jerks, and bent presses are all viable regressions to prepare athletes for this explosive and unique strength and power exercise. 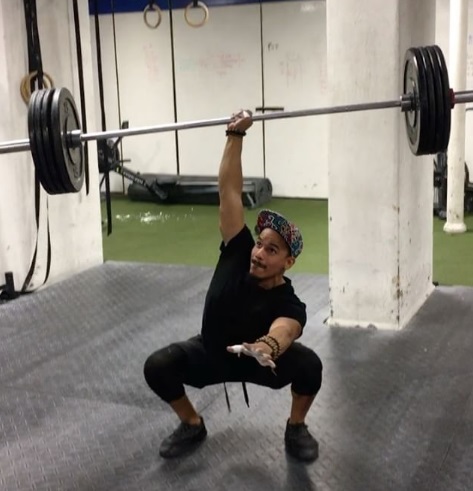 The History of the One-Arm Snatch

If you recognize any of those names, this article is for you. If not, well, you should be ashamed of yourself (kidding, kind of). The above names belong to some of the forefathers of strength, Olympic weightlifting, and functional movement and athletics; all of which have been seen performing these “fun” lifts, with some serious weight.

The one-arm snatch has probably been around for centuries, as it is a very explosive way to take a load (anything, barbell, dumbbell, kettlebell, rock, etc) from the ground to the overhead position. Strongman, Highland Games athletes, and functional beasts have been doing these gems for years, some claiming that they truly advanced their abilities to pull heavier, more explosive, and train the body in an entirely new way.

While there are many variations of this lift seen today (dumbbells, kettlebells, barbells), here are some of the notable characters to grab some iron and pull it overhead.

Why Do Single-Arm Snatches

The single-arm snatch offers some unique training adaptations that nearly every athlete can benefit from. They can be programmed for more repetitions in conditioning sets or for maximal strength work (once the lifter has established control).

It’s hard to argue that the single-arm snatch doesn’t produce some strong, mobile, and explosive lifters. The simple act of moving a load, any object, from point A to point B as fast as possible can promote neuromuscular adaptation, power output, and grip and core strength.

In an earlier piece I discuss the concept of unilateral training and why every athlete can benefit from doing it. While this lift may not DIRECTLY apply to the standard 2-handed barbell snatch (in terms of technique), it can improve an athlete’s total body stabilization, proprioception, and muscular development; all of which are vital when looking to drive optimal human performance.

The single-arm snatch can be an amazing training tool for coaches and athletes to diversify conditioning sessions, functional movement, and raw strength and power.

With most training exercises, coaches need to determine that applicability, inherent risks, and ability of their athletes prior to programming the single-arm snatch into their training.

That said, if it worked for out strongest of heroes, why should it not work for us now?