Watch the Trailer for “Westside Vs. The World,” the New Powerlifting Documentary With Louie Simmons

“That’s what this gym is, a journey into Hell,” says Louie Simmons in the first lines of the first trailer of “Westside Vs. The World.”

That appears to be the focus of the flick: the agony, anguish, and anxiety that are part and parcel of excelling at what many consider to be America’s greatest powerlifting gym. (“The Story Behind the Madness” is the film’s tagline.)

No discussion of powerlifting’s greats would be complete without mentioning Louie Simmons, the idiosyncratic founder of Westside Barbell, located in Columbus, Ohio. An avowed devotee of strength training and samurai codes of honor, Simmons is one of only five powerlifters to total Elite in five different weight classes, the oldest man to bench press 600 pounds (272.1kg), and the first man over 50 to squat 920 pounds (417.3kg) while weighing 242 pounds (109.8kg). And this is despite having broken his back twice and once been pronounced dead on an operating table in 1991.

A character like Simmons is not without controversy, and his comments regarding Olympic weightlifting training methodologies have earned him ire in some corners of the industry. But there’s no denying that his contributions to the sport have been immense. 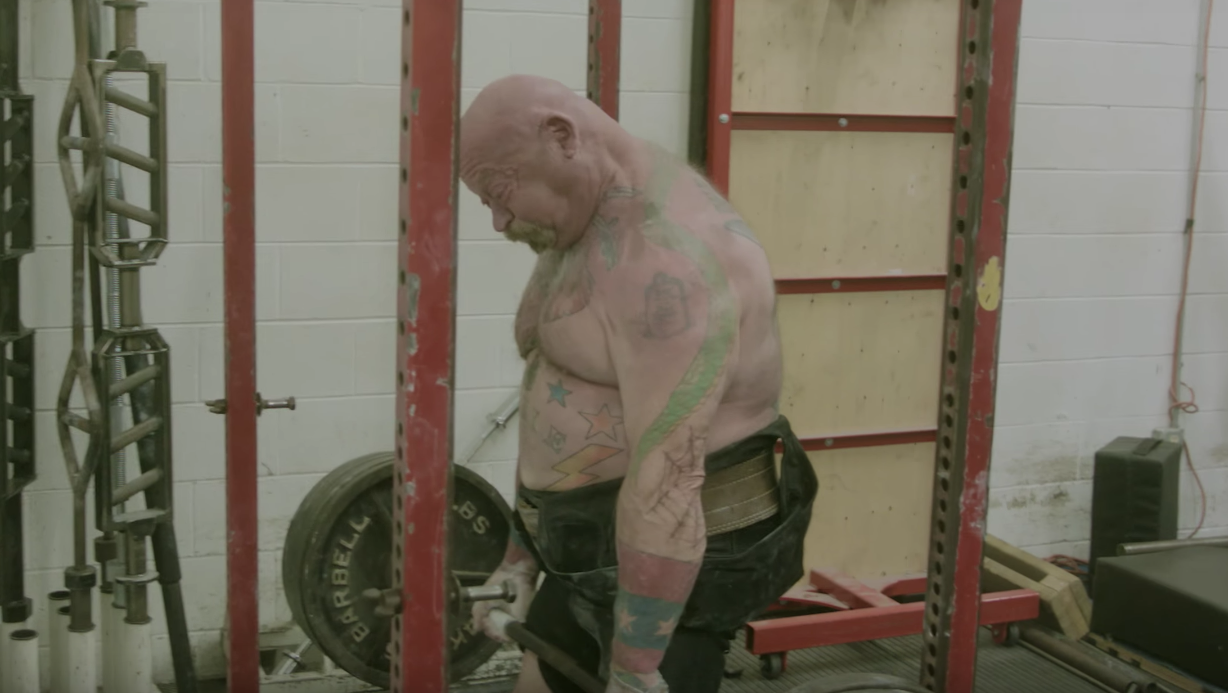 Image via Westside vs the World Documentary on YouTube

“If you go to a meet and you see the Westside crew, you know that shit just got real,” one athlete says in the trailer. “Because their names are on all the records.”

The gym is indeed responsible for more than 140 world records, and the documentary promises to give an unprecedented look behind the scenes of the invite-only gym. The film’s website claims that,

Westside Barbell is essentially what would happen if the Hell’s Angels traded in their Harley Davidsons for squat racks and chalk. It is a collection of some of the strongest and scariest people to ever walk the earth. The atmosphere inside the cement block walls has been described as a prison yard weight pile.

Featured image via  Westside vs the World Documentary on YouTube