C4 is the best known product from Cellucor, a Texas-based supplement company that also sells the whey Cor-Performance and the branched chain amino acid supplement Alpha Amino, among other products. But C4 is the main event, and a lot of sites rank it as the most popular pre-workout on the market. In fact,it’s so popular that Cellucor came out with a spinoff: C4 Ripped.

The main difference is that it contains a blend with several ingredients linked to fat loss. So what are we talking about?

Let’s talk about the “Ripped Blend.” It’s a proprietary blend so I don’t know how much of each ingredient it contains, but I know the entire blend is one gram. It has l-carnitine l-tartrate, green coffee bean extract, cayenne, and Coleus forskohlii root extract. I’ll discuss the benefits of these ingredients in the next section.

Finally, there’s 400 percent of the RDI of Vitamin C and a dose of vitamins B6, B12, niacin, and folic acid.

The other ingredients are just a variety of artificial flavors and sweeteners and anti-caking agents. Note that it contains sucralose and acesulfame potassium, sweeteners that are controversial in some circles.

So does the Ripped Blend work? The truth is that some of these ingredients are indeed linked to fat loss. The l-carnitine l-tartrate may help you burn more fat, but it probably won’t if you’re not already deficient in it. But this ingredient is strongly linked to improved energy and focus, which could indeed help you work out harder and boost fat loss. It’s also linked to reduced muscle damage.

The green coffee bean extract may also influence fat loss. The problem here is that there are very few independent studies on this ingredient; most are funded by the industry, which makes a lot of the literature surrounding green coffee bean extract problematic. That’s certainly not to say that it won’t help fat loss, and there is evidence to suggest this. We just need a little more research before being definitive about it.

[Find the most effective fat burners on our list of the best fat burner pills for women.]

The best ingredients, or the least controversial ones, are the cayenne pepper and the coleus forskohlii. The former has a strong link with fat oxidation and the latter is an ayurvedic herb that has a decent evidence supporting its ability to help fat loss and boosts testosterone.

What else is in the product? The Explosive Energy Blend (371mg) has about as much caffeine as 1.5 cups of coffee plus some tyrosine, which may help with focus and help you handle the stress of a workout. The velvet bean extract is a little more iffy: it’s been linked to healthy production of hormones, especially adrenaline and testosterone, but most studies show this effect only in larger amounts than are present in this product and among people with disordered hormone production.

The beta alanine should help with endurance — it’s one of the most research-backed ingredients here. Meanwhile the arginine alpha-ketoglutarate (AAKG) is said to help with strength levels, but studies are pretty mixed.

Regarding the micronutrients, the B-vitamins are linked to energy production but this doesn’t make them stimulants. But if you’re already low in any of them, they might help you feel more energized by bringing you back to baseline.

Finally, the Vitamin C is an antioxidant and may reduce cellular damage associated with exercise.

Note that the Ripped Blend isn’t the only thing that’s different about C4 Ripped when compared to the standard C4. The old C4 also contained Teacrine, a kind of theanine that has similar effects to caffeine but with less jitteriness. The old C4 also has creatine nitrate. Cellucor says it removed the creatine to help with weight loss (creatine does tend to make people hold water, so this is fair). But without the nitrate, the product doesn’t have the link to a nitric oxide boost. If you loved C4 for the nitric oxide, you might be disappointed. 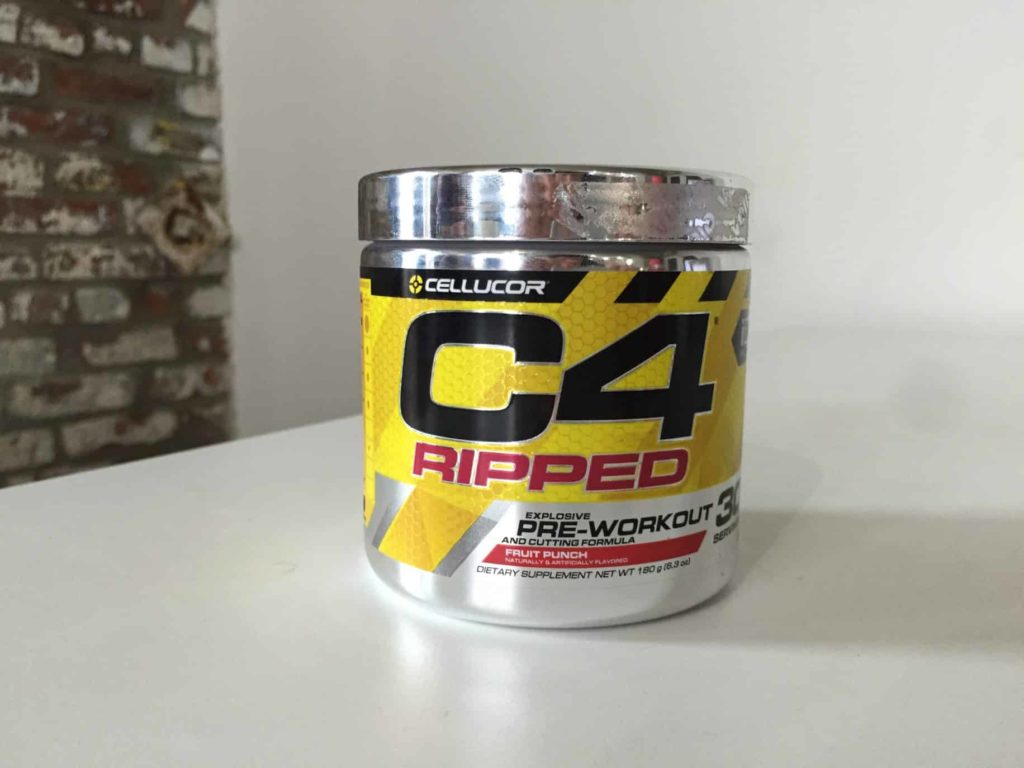 It’s about $38 for 30 servings, or $1.26 per serving. That’s more expensive than regular C4 which is closer to $28 to $30 for the same amount of product. Most pre-workouts are between $25 and $30 per 30 servings so C4 Ripped is noticeably pricier than its competition. Then again, none of the cheaper products contain this unusual fat loss blend, so you may feel it’s worth the extra.

I picked up the Fruit Punch flavor, which tasted like maraschino cherry. If you like cherry candy you’ll like this, just don’t expect a fruity, pineappley, orangey type of flavor.

There’s a lot going on in this product, so let’s break it down.

There’s very solid evidence that the cayenne and the coleus forskohlii can help with fat loss, and there’s decent evidence that the other ingredients in the “Ripped Blend” may contribute to fat loss too. Will the fat loss blend help you burn more fat than you would by consuming 100 fewer calories per day? Maybe not, but it should move the needle closer to a faster metabolism and more fat burned.

The caffeine, beta alanine, and tyrosine should all help you have more energy, focus, and endurance. The Vitamin C and the l-carnitine l-tartrate should reduce cellular damage associated with exercise.

All in all, I was pretty impressed with this version of C4. The main drawbacks are the fact that it has proprietary blends and that a couple of the ingredients, like velvet bean extract and AAKG, probably won’t affect your workout. But given the other ingredients and the price, I’d be comfortable recommending this as a pre-workout with a fat loss component. Just make sure you watch your diet, too: that’s where the real fat loss happens. 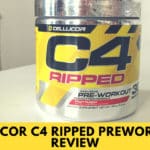