What makes C4 stand out in the crowded pre workout market?

C4 is the flagship product from Cellucor, a Texas-based supplement company that’s about 15 years old. They also sells a pretty decent whey called Cor-Performance and BCAA called Alpha Amino, but C4 is their Big Deal, and America appears to agree: it’s often considered the number one selling pre workout in the country.

At 150 milligrams per scoop, it’s relatively low in caffeine. That’s about as much as you’ll find in 1.5 cups of coffee, but most pre workouts have a good 200 milligrams of the stuff. So what else does C4 bring to the table?

But those aren’t the main attractions. The most important ingredients are the 1.6 grams of beta alanine, 1 gram of creatine nitrate, 1 gram of arginine alpha ketoglutarate, and the Explosive Energy Blend, which has 150mg of caffeine and an undisclosed amount of tyrosine, velvet bean seed extract, and theacrine.

Finally, there are the Other Ingredients: natural & artificial flavors, the anti-caking agent silicon dioxide, the artificial sweeteners sucralose and acesulfame potassium, and red food dye number 40. 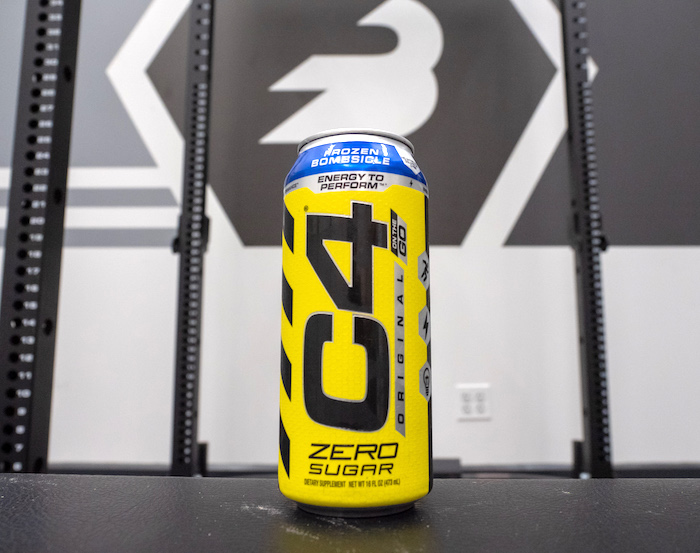 Note that you can also pick up some C4 in a handy can format. The ingredients are quite different: there’s no Vitamin C, folic acid, creatine, arginine, or velvet bean extract. Instead of 425mg of an Explosive Energy Blend it’s 6.73 grams of an “Explosive Performance Energy Blend” which contains citrulline malate, beta-alanine, betaine anhydrous, tyrosine, and 200 milligrams of caffeine. So the canned drink is higher in caffeine than the scoop.

No calories, 200 milligrams of caffeine, plus a blend of common pre workout ingredients that citrulline, beta-alanine, betaine, and tyrosine. 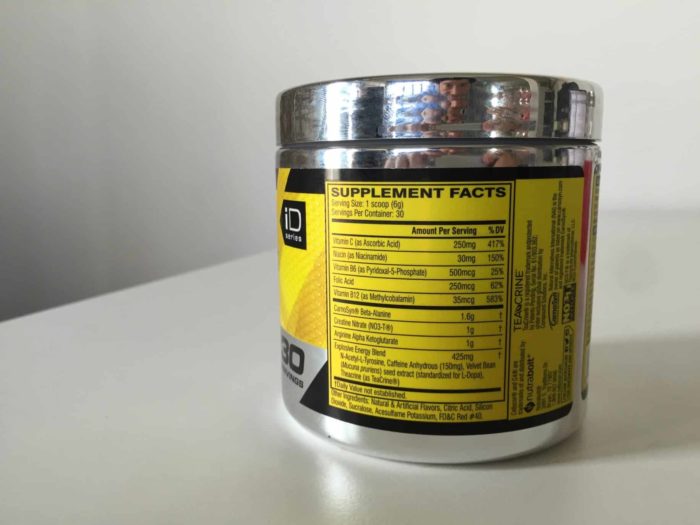 First of all, the B-vitamins won’t have any effect on your workout unless you happen to be deficient, which is unlikely. Yes, B-vitamins are linked to energy production, but it’s important to note that this doesn’t mean they’re stimulants.

That said, the Vitamin C may help counteract potentially negative effects of the nitrate and reduce cellular damage during exercise, so I was glad to see it in the mix.

Most of the main ingredients are present in large amounts. The 150 milligrams of caffeine is on the lower side — plenty of pre workouts contain over 200 and sometimes up to 350 milligrams, which would be the amount you’d find in about 3 small cups of coffee. But the 1.6 grams of beta alanine has been shown in a few studies to slightly boost endurance, and the creatine nitrate, while not a great source of creatine, does provide a hit of nitrate. The nitrate converts to nitric oxide, which has been linked to improved blood flow and muscle pumps. Learn more in our guide to pre workout nitrates.

However the product isn’t without problems. I’m never a fan of proprietary blends like the Explosive Energy Blend. It has tyrosine, which acts a little like a stimulant and might improve focus, and the theacrine also acts like caffeine. However, I don’t know how much of these ingredients are present because it’s a proprietary blend.

But the velvet bean extract, while it’s been linked to better production of adrenaline and testosterone, is present in a very small amount, under 150 milligrams. That’s roughly ten percent of the recommended dose. (We can assume this because it appears after the 150 milligrams of caffeine in the ingredients list.)

Finally, the arginine alpha ketoglutarate (AAKG) is meant to help with strength, but studies are very conflicting and there’s no scientific consensus supporting its usage. 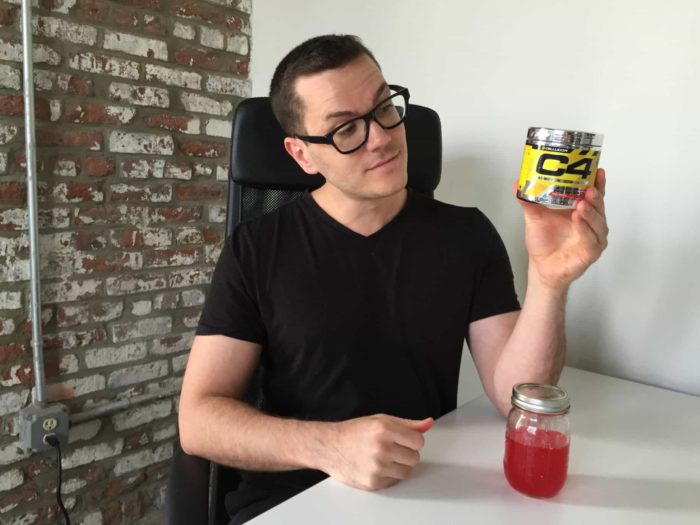 The canned drink also suffers from the problem of a proprietary blend. The first ingredient in the 6.73 grams is citrulline, which might improve blood flow and power, followed by beta-alanine for endurance, betaine — which might improve power — tyrosine, and the 200 milligrams of caffeine. It’s likely underdosed: most studies suggest 6 grams of citrulline, 1.6 grams of beta-alanine, and at least 1.25 grams of betaine, which would far exceed the 6.73 grams on the label.

The caffeine is enough to provide a solid boost of energy, but we prefer the slightly more transparent (and seemingly better dosed) powder.

You can pick up 30 servings for $30, which is the same price as popular competitors Optimum Nutrition’s Gold Standard Pre Workout, Alpha GX7, and BSN’s N.O.-Xplode. It’s a pretty average price for a pre workout, which normally cost between 80 cents and $1 per scoop. 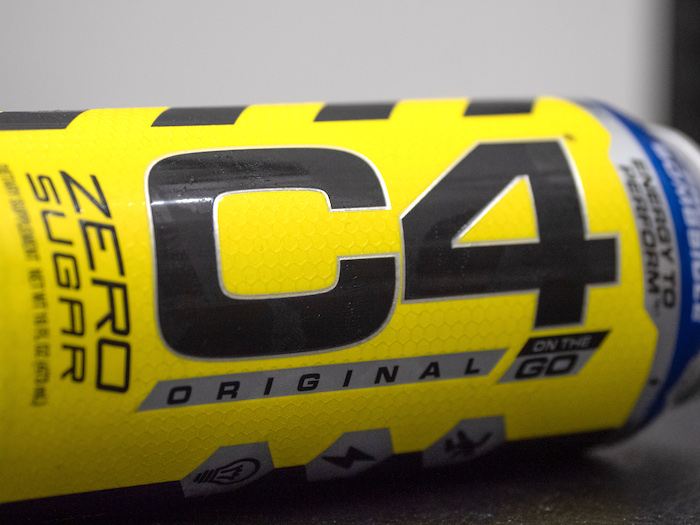 The main attractions for Cellucor’s C4 here are the caffeine, the creatine nitrate, and the beta alanine, which come together to make a pretty good cocktail for energy, focus, endurance, and blood flow. The proprietary blend is a problem: we don’t know how much tyrosine, velvet bean, and theacrine it contains. But the aforementioned ingredients are dosed well enough to be in line with most studies.

We prefer the powder to the canned drink, which has all the primary ingredients in a proprietary blend. It’s too hard to know if you’re getting an effective dose of any of them, but it seems unlikely. It is higher in caffeine though, if that’s your priority.

As a caffeine, nitrate, beta alanine, and tyrosine supplement, the C4 powder works. Just make sure you don’t have any issues with artificial ingredients. 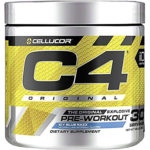