Does Your Recovery Suck? Low Iron Could Be to Blame

If you’re a woman, that’s how much spinach you’d need to eat to consume the hit the requisite 18 milligrams of iron per day. (If you cooked the spinach down, you’d only need to eat around 3 cups. Which might be more manageable, yet still a lot of spinach).

This is part of the reason so many women are iron deficient: it can be challenging to get enough iron from our food alone if you don’t know the best sources. Despite Popeye’s energy levels, spinach isn’t actually a very dense source of the stuff. (More on that below.)

A second reason that women are more likely to be low on iron has to do with menstruation, which can cause women to lose 5 to 6 milligrams of iron from our bodies each month, essentially setting us back even further. 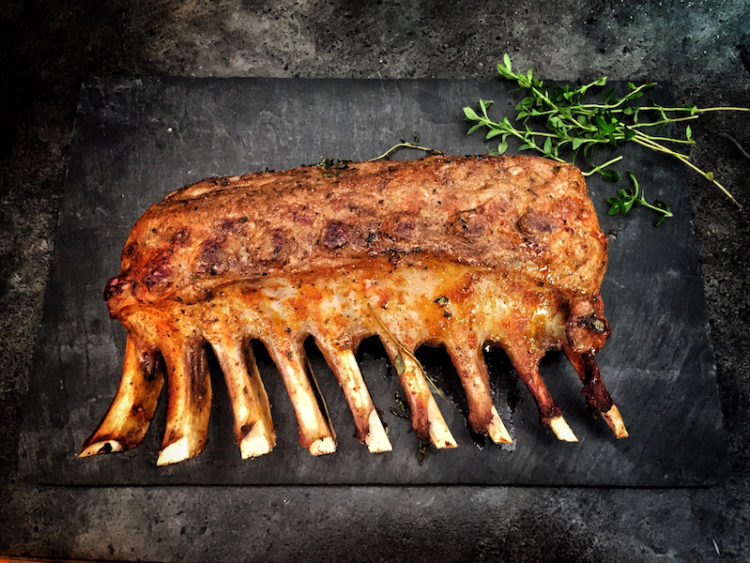 Iron deficiency, or anemia, results when your red blood cells become low in hemoglobin, which is responsible for bringing oxygen to your cells. Cells that don’t get enough oxygen don’t function optimally.

In a woman, a measurement of 12 grams of iron per deciliter is considered low, while anywhere between 12 and 15.5 g/dL is considered normal.

While it depends on age and race (and where you get the iron from — again, more on that below), it’s believed that anywhere between 10 and 20 percent of women in the United States are iron deficient, while teenagers, pregnant women, vegans, and athletes have an even greater chance of becoming anemic. This 2019 study even suggests as much as 35 percent of female athletes are anemic.

The biggest symptom those who are iron deficient present is fatigue and poor recovery, both recovery from training and recovery after a night of good sleep, she explains.

Though it’s difficult for many women to get enough iron from their diet, it’s not impossible, Broxterman assured.

[Related: 4 nutrients that are extra important for female athletes]

Oysters are another great source of iron: 75 grams of cooked oysters have somewhere between 3.3 and 9.0 mg of iron, or 50 percent of your RDI.

If you’re not a meat eater, pumpkin or squash seeds might be your best bet for iron. One quarter cup of each has as much as 4.7 mg of iron, or 26 percent of your RDI.

Three quarters of a cup of cooked lentils have between 4.1 and 4.9 mg of iron, or 27 percent of your RDI. But with iron from lentils, other plants, and eggs, there’s a caveat.

You can read a more complete list of various foods and their iron content from the Dietitians of Canada. 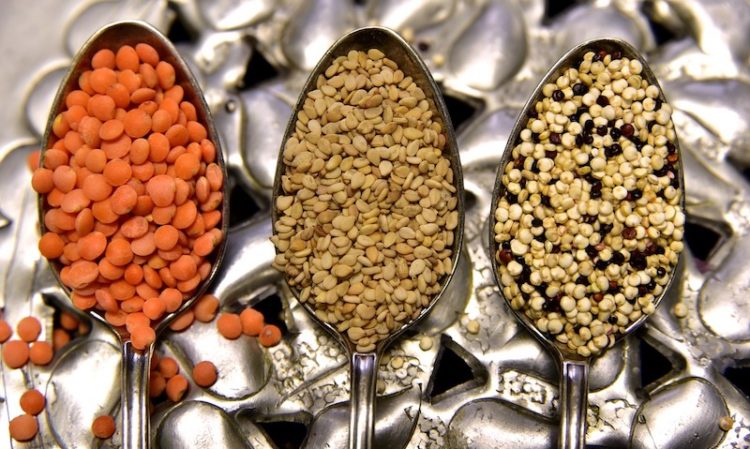 Why Vegetarian Iron Is Tricky

Though pumpkin and seeds and lentils are high in iron, it’s important to note that they’re non-heme iron — or plant-based iron — which we don’t absorb as well as heme iron, which is the type found in meat. Note that although they come from animals, eggs and dairy are non-heme as well.

“The (RDI) guidelines for iron are based off an omnivore diet, and vegetarian iron isn’t as well absorbed by the body as animal iron,” Broxterman explains.

Because of this, if you’re plant-based, you have to multiply your daily iron requirement by 1.8 to account for the fact that it doesn’t absorb as well, meaning you actually need closer to 32 mg of iron per day. Often, this means taking an iron supplement.

At the very least, if you’re plant-based, a good tip is to make sure you’re getting enough Vitamin C, as it helps your body absorb non-heme iron more effectively.

Some other sources of non-heme iron include soy, legumes, flax, hummus, leafy greens, potatoes, and oatmeal.

Something else to watch out for is how much coffee and tea you drink, as they both contain a substance called tannins which binds with iron and may limit the amount your body absorbs from it. At the very least, if you’re taking an iron supplement, don’t take your supplement with coffee or tea.

[Related: How to Minimize Iron Issues from Tea and Coffee]

Who Is Most at Risk of Becoming Anemic?

Pregnant women and vegans are particularly at risk of becoming deficient in iron.

“It’s nearly impossible to get all your iron needs from food alone when you’re pregnant,” Broxterman says.

This is because pregnant women need 27 mg of iron as opposed to 18 mg a day for non-pregnant women, which is why expectant mothers are almost always advised to take an iron supplement. A prenatal vitamin is another good idea for pregnant women, as both Vitamin C and Vitamin A help our bodies absorb iron more effectively.

That being said, regardless of whether you’re pregnant or plant-based, Broxterman warns women not to go running to the drugstore to buy an iron supplement without evidence that you need one.

“You might be getting enough from your diet, and if you are, you don’t need a supplement. It’s a heavy metal and you don’t want more than you need in your body,” she said.

Furthermore, some individuals have a genetic defect called hemochromatosis, meaning they absorb too much iron into their bodies. If this is the case, taking an iron supplement could be dangerous, she explained.

Eat lots of leafy greens, nuts and seeds, red meat and shellfish (if you’re a carnivore). And if you’re still suspicious that you’re not consuming 18 mg of iron a day, or 32 mg if you’re plant-based, consider getting some blood work done to see if you might benefit from an iron supplement.

Because you can’t be an ironwoman at the gym without enough iron in your body.