Vegan Diet for Athletes: Can You Build Muscle with Plant-Based Nutrition?

From protein quality to Omega-3s, elite physical performance is possible on a plant-based diet — but there's work to be done.

The notion that a person can’t be strong without eating meat belongs in the same category as “low fat diets are best” and “jogging is the one ideal form of exercise.” It’s outdated.

Performing at one’s best as a plant-based athlete is by no means easy, nor would we say every single person should make the switch. But many strength athletes, from Olympic weightlifter Clarence Kennedy to record holding strongman Patrik Baboumian, excel without meat and if it’s something you’re interested in trying, there’s enough data to suggest that it’s completely feasible.

In this article we’ve pored through a lot of studies and spoken to a registered dietitian to get the answer to the most common questions people have about using plant-based diets to build muscle, lose fat, and improve performance. 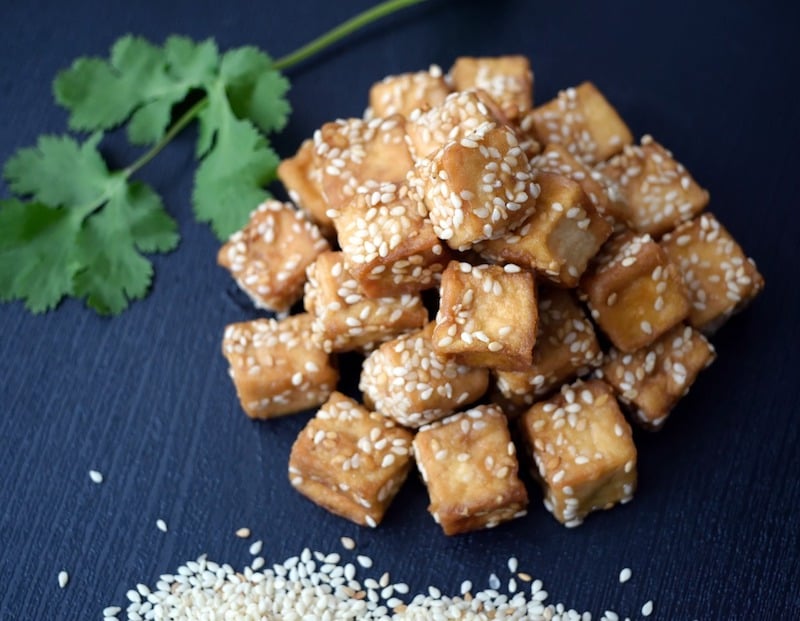 How Much Protein Do I Need?

In the long list of objections typically lobbed at vegans, or indeed anybody who elects to forego meat for even one day a week, is the question of protein.

It’s worth noting, first of all, that athletes likely don’t need quite as much protein as they’ve been told. There’s a common maxim in the world of fitness: consume 1 gram of protein per pound of bodyweight every day.

But while that’s very easy to remember and won’t do you any harm, it doesn’t seem to be the minimum amount needed for building muscle or strength.(1) Remember that above all, calorie intake is the most important component for weight management — speak to a dietitian or nutritionist to get an idea of how many calories you should consume to achieve your goals.

Once you have that number, make sure you’re consuming at least 0.7 grams of protein per pound of bodyweight, or about 1.6 grams per kilogram. The USDA recommends 0.8 grams of protein per kilogram for the general population, but for those looking to optimize muscle gain or muscle retention, the position that’s been taken by the Academy of Nutrition and Dietetics, Dietitians of Canada, and the American College of Sports Medicine is to hew closer to 1.6 grams per kilogram.(2)

The 1.6 grams is your floor, essentially that’s your target to hit. If your goal is muscle gain, the evidence doesn’t really suggest that eating more protein than that helps you gain more muscle.

[Learn more: The science-backed guide to how much protein you need in a day!] 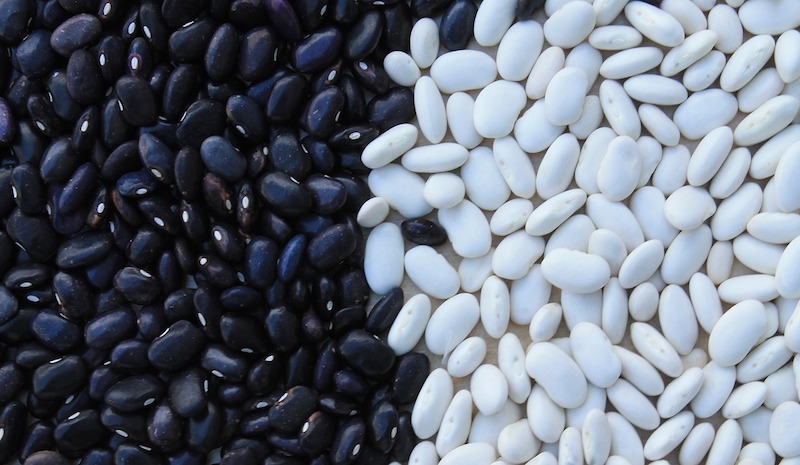 Meat and eggs are really, really good sources of protein and they usually have no carbohydrates whatsoever, making them pretty versatile for any omnivorous diet.

By and large, the Western palate is built around meat as the protein source, but with a little meal prep, it’s not tough to devise plant-based meals that can provide a solid hit of protein. Consider the following sources. 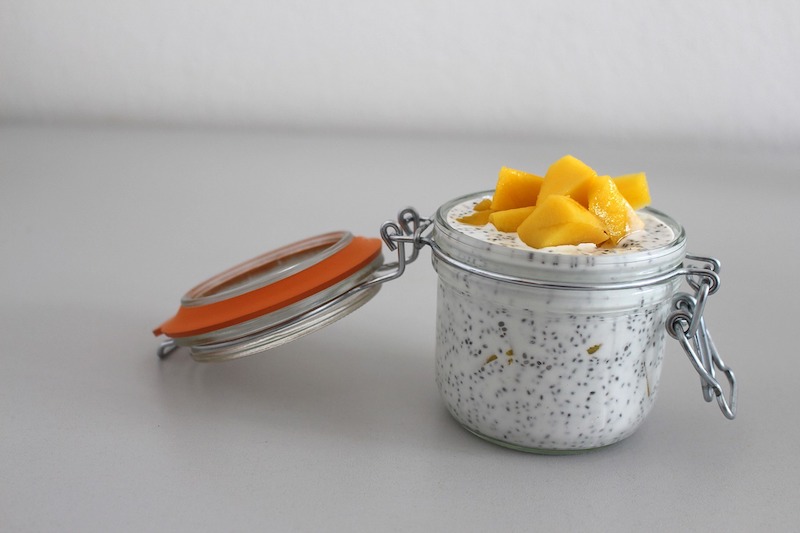 Animal proteins are always complete, meaning they contain all nine essential amino acids — the building blocks of protein — in roughly equal amounts. Most plant-based proteins don’t, and experts continue to debate how important that is.

For starters, there are a lot of vegan proteins that are complete, such as soy, quinoa, amaranth, and buckwheat. Furthermore, if a protein’s completeness is very important to you, you can combine “incomplete” proteins to produce one: rice and beans is a very popular example. Rice is a bit low in the amino acid lysine but it’s high in methionine, beans have the opposite issue. Add them together and you’re good to go.

As far as overall health goes, it doesn’t seem that important to get all your amino acids at once, just to get enough of them throughout the day — which isn’t difficult if you’re eating a varied diet.(3)(4) As far as muscle gain goes, it may be prudent to keep an eye on how much of the three branched chain amino acids — leucine, isoleucine, and valine — you’re eating at a time. 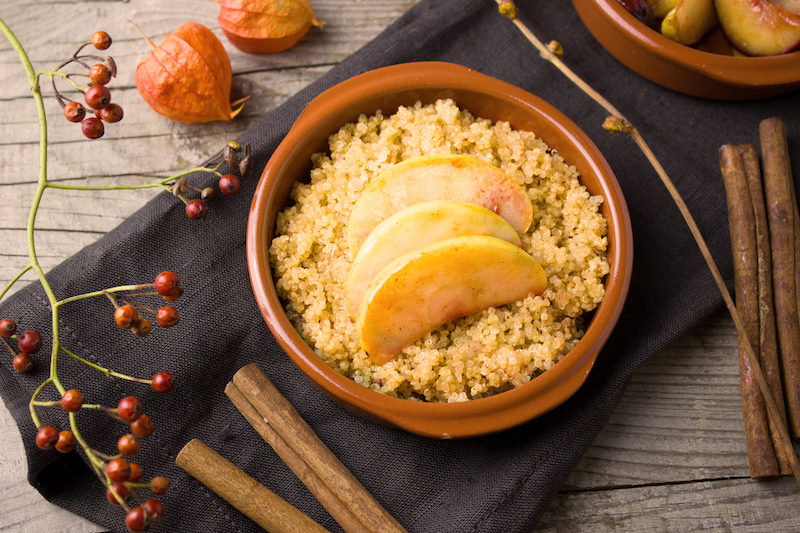 “Leucine is one of the main triggers of muscle protein synthesis and it has what they call a threshold effect,“ physiologist Dr. Mike T. Nelson told BarBend in our article that explored the pros and cons of soy. “You need a certain amount of leucine to start that initiation process and then more beyond that doesn’t appear to be beneficial, but you do need enough to kickstart that whole process.”

Muscle protein synthesis is a process that switches on genes responsible for muscle gain and while it’s not the be all, end all of that process — calories, exercise, overall macronutrient intake, and sleep are way more important — if you really want to maximize muscle protein synthesis when you eat, it’s not a bad idea to try and reach that leucine threshold of about 3 grams. That’s roughly the amount you’ll get in 20 or 30 grams of quality protein.

If you really want to maximize muscle protein synthesis when you eat, it’s not a bad idea to try and reach that leucine threshold of about 3 grams.

Again, it’s unlikely to make a game changing difference to your physique and performance, but advanced athletes who need everything dialed in may want to think about it.

“The best way for any person following a new approach with food is to track their eating on an app like Cronometer to seriously get to know the nutrients and amino acids that are commonly lacking,” says Sylvia North, MS, RD, a New Zealand-based dietitian. “We can then be strategic about adding in certain protein-rich food, essential fats, and micronutrients.”

[If you want to ensure that you’re getting enough leucine, consider a source of vegan branched chain amino acids like KAGED MUSCLE.] 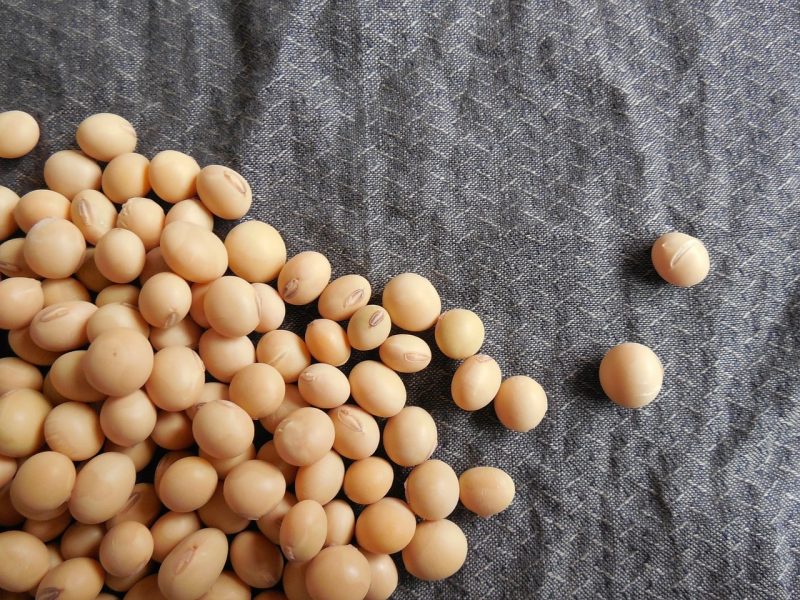 The following foods contain decent hits of iron and the good news is that they’re mostly good sources of protein as well. 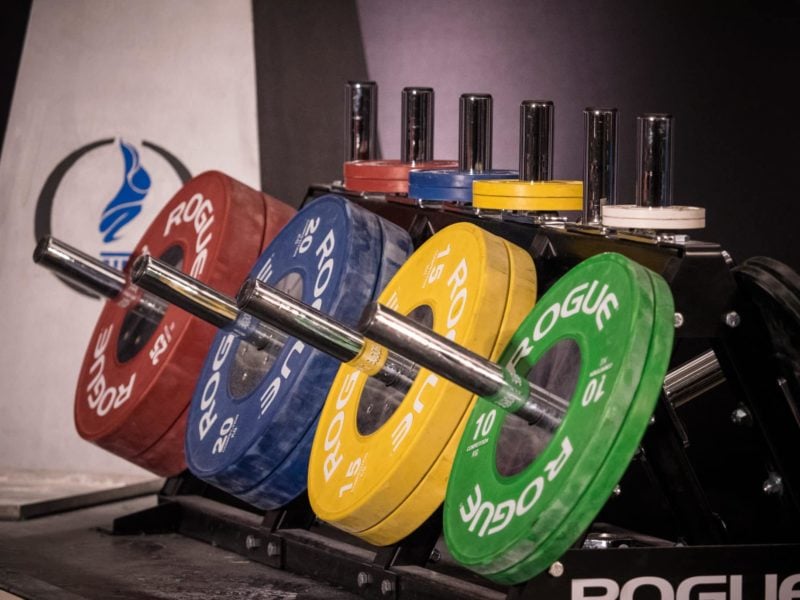 The Problem With Vegan Iron Absorption

Iron deficiencies aren’t unheard of on plant-based diets, and that has a lot to do with the fact that there are two types of iron: heme and non-heme. The first comes from blood and the second from plants, and non-heme iron doesn’t absorb very well.

“Nutrient tracking according to our generalised reference ranges is often not good enough,” says North. “Some plant-sourced nutrients are also more difficult to absorb than their animal-sourced counterparts, such as inorganic iron and zinc. I usually recommend having higher goals for these nutrients in a vegan diet to make up for poor conversion. “

Research suggests that the body absorbs non-heme iron much more effectively when it’s paired with Vitamin C, so consume fruits or vegetables whenever you consume iron.(5)(6) It also may be worth avoiding tea or coffee with meals, as it’s possible — though not totally, definitively proven — that the tannins and caffeine may interfere with iron absorption as well.(7)(8) Research suggests waiting an hour after you’ve eaten your iron to sip your cuppa.(9) 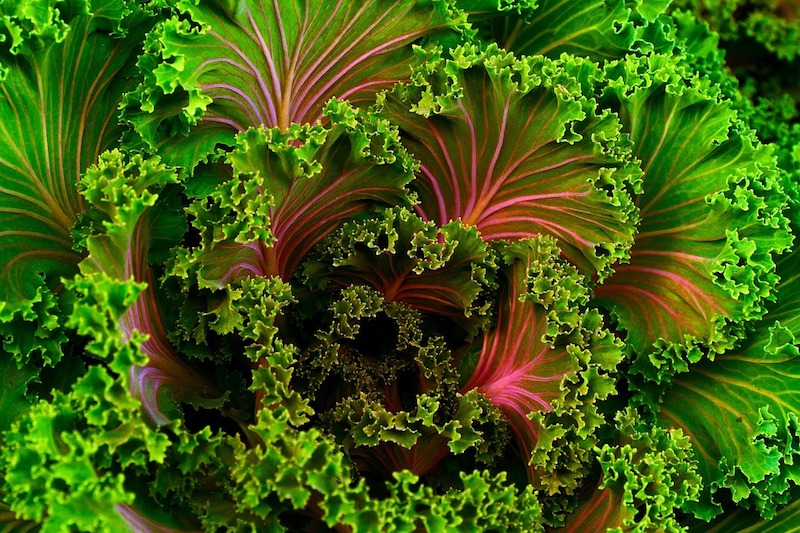 There’s no denying that dairy is a great source of calcium and that it is a little tough to meet your requirements of 1,000 milligrams per day without dairy or supplements — and that’s true for both omnivores and for vegans.

But you may not need supplements.

Note that supermarkets are also full of fortified juices, milks, and breakfast cereals to help make up for diets low in calcium.

There are some problems with vegan Omega-3s.

In brief: Omega-3 fatty acids are polyunsaturated fatty acids that are best known for being found in fatty fish, though some meats, like grass-fed beef, can also be a decent source. Many plant fats, like seed oils, are high in Omega-6 fatty acids. Ideally we’d eat as much of one as we do of the other, but we typically eat a ratio of Omega-3 to Omega-6 that’s about 1:20.

Getting more Omega-3 has been linked to lower inflammation, better cognitive health, and better physical performance.(10)(11) Too much Omega-6 has been linked to heart disease and cancer.(12)(13) (To learn more, check out our full article on the pros of Omega-3s for athletes.)

“Some essential nutrients that are poorly sourced from a vegan diet are essential fatty acids,” says North. “Especially long chain Omega-3 which is poorly converted from plant sources.” 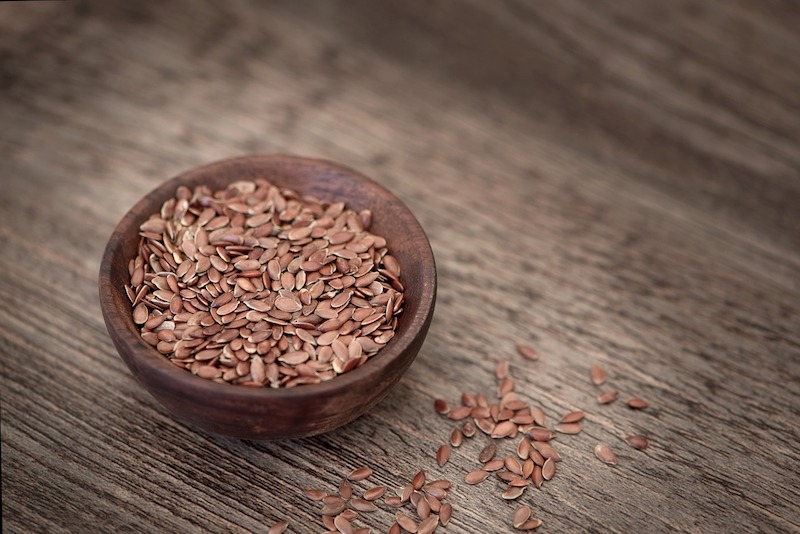 The main forms of Omega-3 are EPA, DHA, and ALA. The latter, ALA, is the kind you usually find in vegan foods that are touted as sources of Omega-3 such as flaxseed, walnuts, chia seeds, and hempseeds. The issue is that ALA needs to convert to EPA and DHA before the body can use it, and it’s estimated that we lose about 90 percent of it when we do that.(14) In short, a gram of Omega-3 from nuts is about 10 percent as useful as a gram of animal-derived Omega-3.

In short, a gram of Omega-3 from nuts is about 10 percent as useful as a gram of animal-derived Omega-3.

There are two potential solutions, though. Firstly, you can just eat a lot more ALA than you would EPA or DHA and let the body convert it. One of our favorite meal replacements Huel has done this: most experts recommend between 250 and 500 milligrams of Omega-3 per day and Huel delivers 3.1 grams of ALA, so even if you lose 90 percent of that you’re still hitting about a day’s worth of Omega-3.

The second solution is to take the only form of vegan DHA: algae supplements. That’s where fish get their Omega-3s from and while algae is only really a good source of DHA, research suggests that it helps to increase EPA in the blood as well.(15) The downside is that it takes a lot of algae to reach the amount found in animals higher up the food chain, so these supps can be pricy.

[See our pick for the best vegan Omega-3 supplement!] 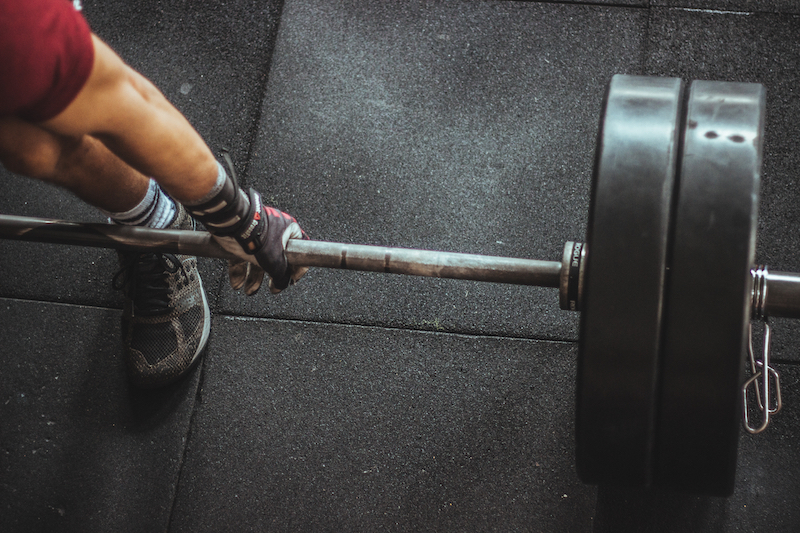