One of the biggest, leanest men on TV has shared how he celebrates his cheat day.

Terry Crews is one of the most jacked, most lean guys in Hollywood, and he’s in his fifties.We have trouble thinking of any actors in better shape in their twenties, but Crews, who spent several years as an NFL athlete in the early 90s, is renowned for his physical condition. At 6’3″ and about 240 pounds, he claimed in 2012 that he maintains 4 percent body fat and while that seems pretty unrealistic — that’s what a pro bodybuilder might hit on competition day — the guy is not shy about showing off his eight pack.

In a recent Men’s Health video, he revealed that, like Dwayne Johnson and a lot of other beefy leading men, he likes to engage in cheat days and he shared an entire day of treats.

We decided to try it out.

Here at BarBend we’ve done a lot of unpleasant eating challenges, most notably drinking the chicken-and-oil shakes devised by IPF World Champion Blaine Sumner. So when we thought we’d try and tackle Terry Crews’ cheat day for ourselves, it sounded like it would be a lot of fun for myself and BarBend’s co-founder David Tao.

What Is a Cheat Day, Anyway?

If a dieter feels that they have to eat chicken, rice, and broccoli every day, forever, until they die, it can seem like a hopeless endeavor. Why try and be healthy if I can never have any fun?

But there are other reasons some people employ cheat days: hormones. It’s possible that spiking calorie intake now and then — not every day, mind you — could improve fat loss by ensuring that the metabolism and thyroid don’t downregulate too much from long term calorie restriction. Some evidence supports the idea, suggesting that strategically boosting carbs and calories might stimulate metabolic rate and cause the body to produce more of the hormone leptin, which might reduce hunger and help with fat loss.(1)(2)(3)

What Terry Crews Eats on a Cheat Day

After fasting until 2pm, he starts on his first piece of food, and all the eating has to be finished by the time his 16/8 feeding window ends at 10pm. We had ourselves a mission, we just didn’t know if it was impossible.

“I am starting with an apple fritter,” says Crews. “The biggest, most sugary apple fritter you’ve ever seen in your life.”

Here in New York, that meant going to Gregory’s Coffee and grabbing one of theirs. It clocks in at 383 calories and 3.8 grams of protein. 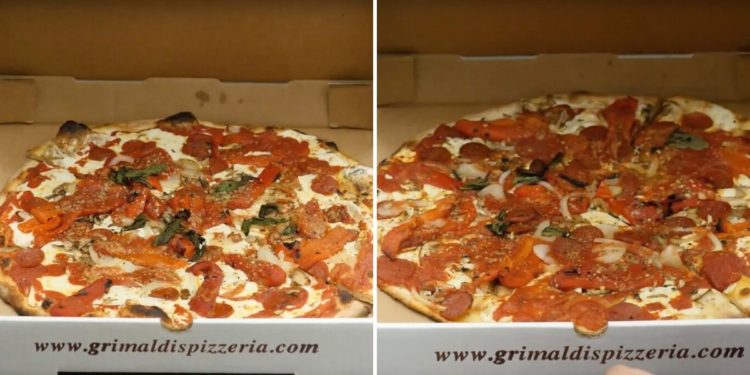 We wanted to have a 12-inch pizza for this, but it turned out that our local Grimaldi’s (one of New York’s most beloved pizzerias) only had 18-inch pies on the menu. So we went with it.

“My kids usually just like pepperoni, but I get it all: mushroom, onion, green pepper, extra cheese,” says Crews. “That pizza goes fast!”

We calculated the pizza at 2,790 calories per person. 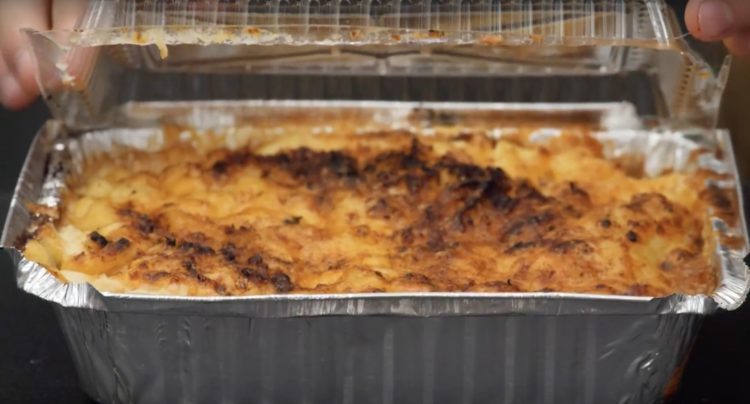 “For dinner, this is where i go all (in),” says Crews. “We are going lobster mac and cheese y’all! Extra cheese, lobster inside, and I am breading up. Bread, butter, the whole deal.”

David and I had finished eating almost 3,000 calories of pizza just two hours before this, but since neither of us had tried lobster mac and cheese before, we tried to be excited about the two pounds of it that we were consuming — each — from Brooklyn’s Mac Shack. It was sumptuous, rich, decadent, and very high in sodium. But we just could not finish the bread. 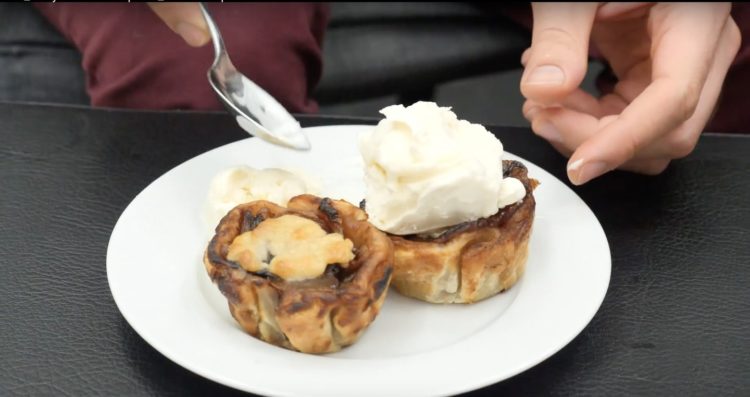 “We’re talking extra thick, all butter crust, and then you top it off with some beautiful vanilla ice cream,” says Crews. “My god when you cut into that thing you’ll be in a peach cobbler coma!” 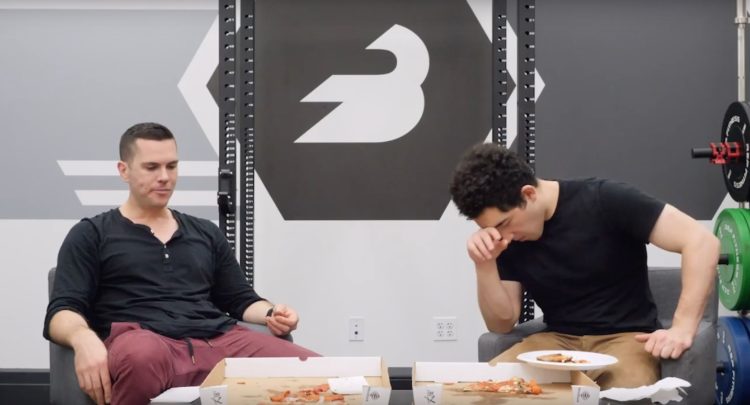 David Tao: “I’m reverse hangry. You know how you just get angrier and angrier the longer you go without eating? I’m angry because I ate too much. I’ve never been so full I’ve been mad. I will never do this again. Terry Crews, I love you, you’re a national treasure. I will never do your cheat day again. This was intolerable.

Nick English: “I’m not watching your movies again, either. I’m done with you, Terry.”

Crews has reported that he fasts 16 hours every day, inclusive of sleeping, restricting his feeding window to 2pm to 10pm. He drinks amino acids during his fasting period and says the habit helps to keep him “in great, great shape.”

How many calories does Terry Crews eat in a day?

Crews hasn’t revealed the amount of calories he eats because he doesn’t appear to track them, saying that keeping to the same meals and focusing on lean meat and vegetables makes it unnecessary.Given his height, weight, and body composition, he likely eats between four and five thousand calories per day.