Watch: Dwayne “The Rock” Johnson’s Workout Is a Lot Different than What We’d Expect

Now, this is a “making of” documentary we’re interested in seeing. Dwayne “The Rock” Johnson, who possesses perhaps Hollywood’s most famous physique, had a first today: he let a camera crew film his morning workout.

Johnson has, of course, filmed plenty of workouts in the past for magazine shoots and his sponsor Under Armour, but according to a recent Facebook post, his own morning workouts are typically off limits.

They asked if they could shoot two of my workouts as part of our marketing campaign. I said no.

My workouts are my daily anchor and they’re off limits to camera crews because I don’t like distractions and it’s not my style to film them.

Eventually he agreed, but with one request: “Stay the f*ck out of my way.” 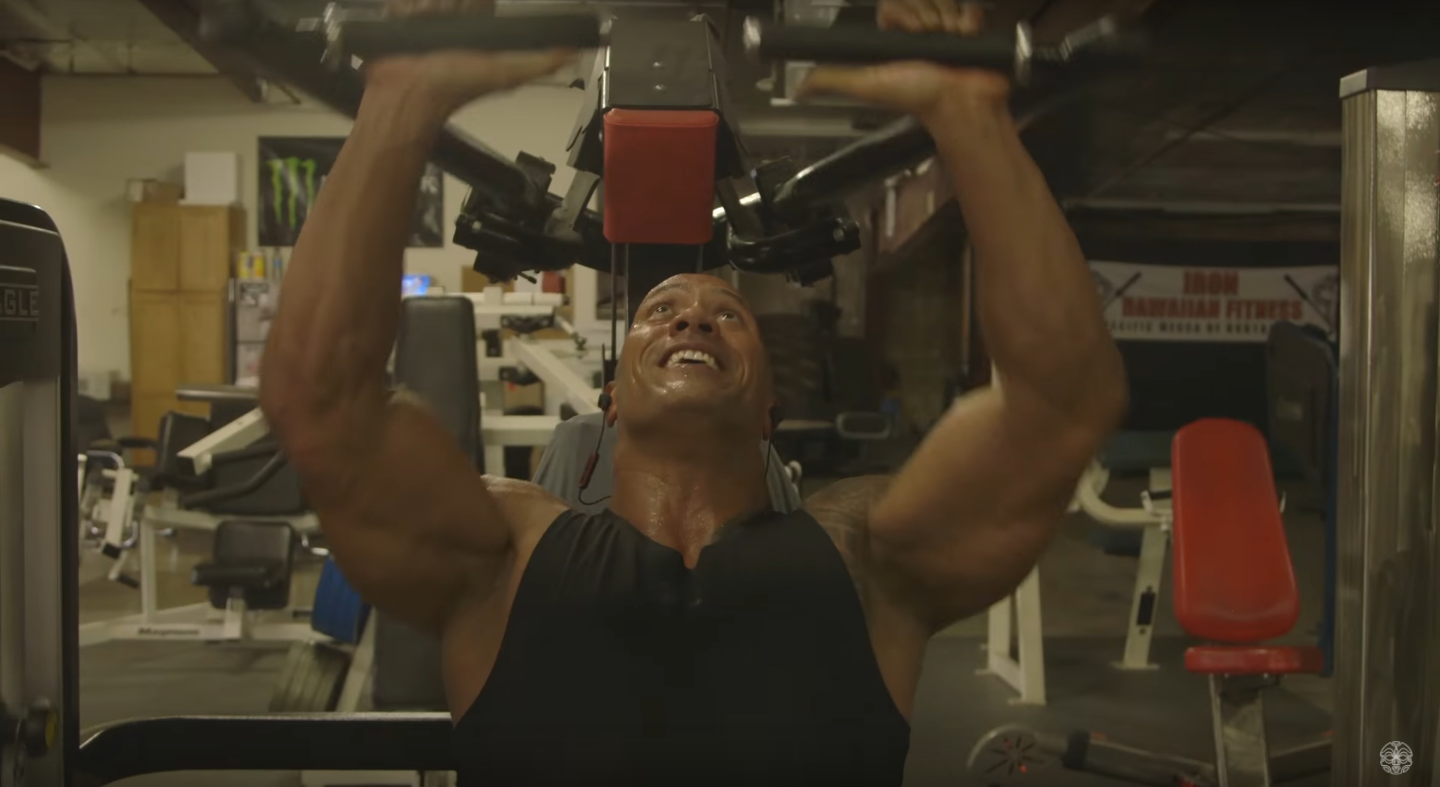 The campaign he’s talking about is to promote Rock Gear, his new line of workout clothes from Under Armour that will be released next month. We already knew that The Rock wasn’t a big fan of powerlifting or Olympic weightlifting, but as fitness writers, we were delighted to get a look at the movements that sculpt one of the world’s most famous bodies. Note that this may be two different workouts edited together.

Here’s what we picked up. 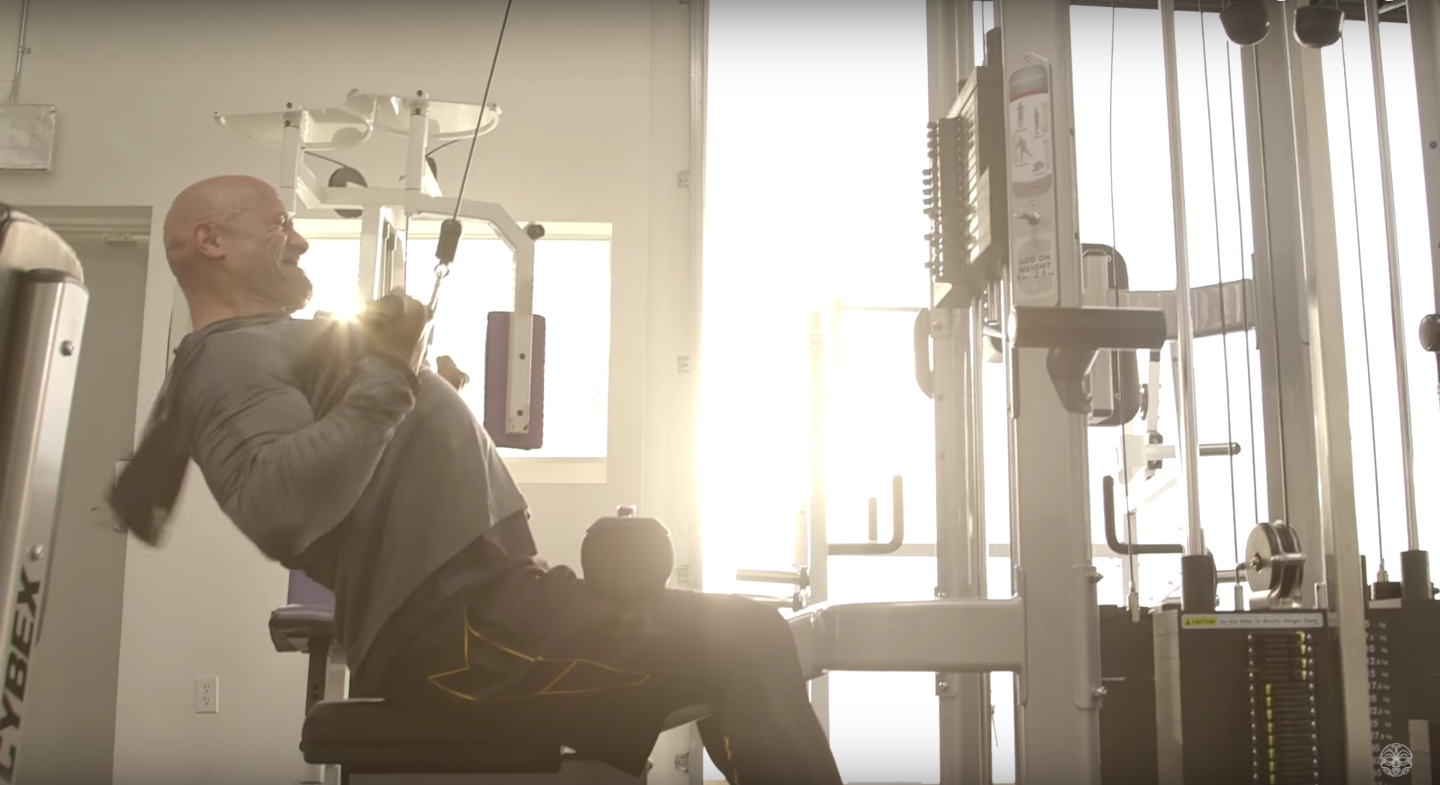 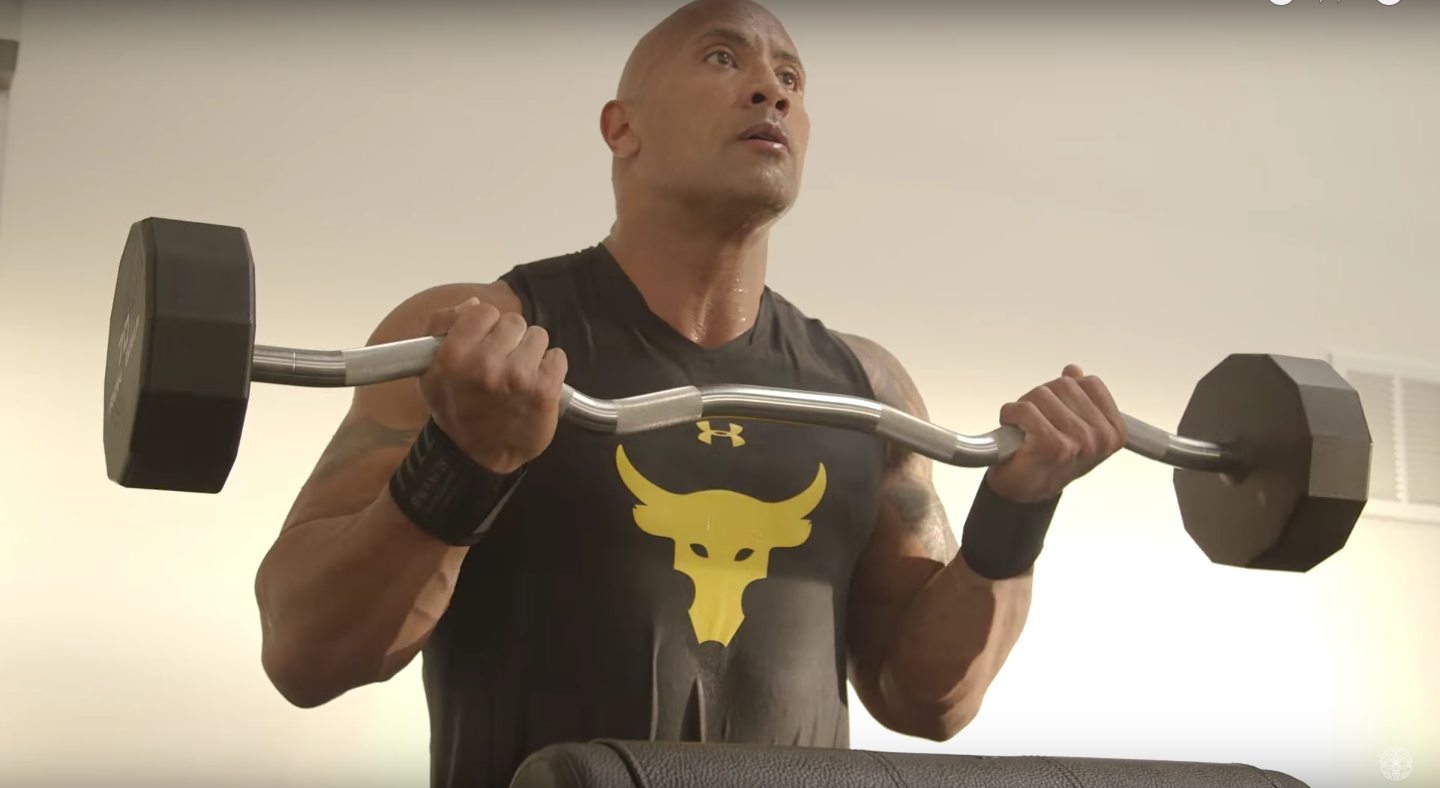 Johnson has said in the past that he usually avoids traditional squats and deadlifts, sticking to leg presses, lunges, back extensions and hamstring curls.

It makes sense; squats and deadlifts are one of the best ways to thicken the core, which may not fit the V-taper image that’s so coveted by Hollywood.

Still, we’re hoping to one day find a reason to include Johnson on our Hollywood feats of strength article alongside his WWF pal John Cena. Maybe when we find out how much weight he shouldered when he carried fridges with Zac Efron.