Changes include a three-phase qualification process, an Adaptive Division, and the return of the Affiliate Cup.

In December 2020, CrossFit announced their 2021 Games season schedule and teased a few significant changes — including worldwide quarterfinals events, the return of the Affiliate Cup, and an Adaptive Division. 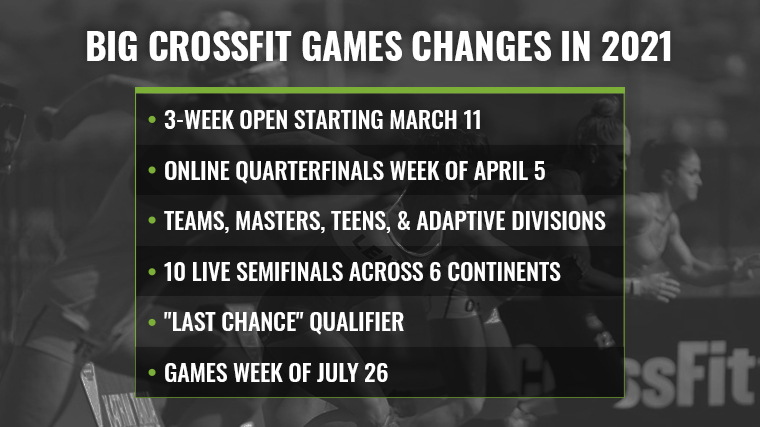 To qualify for this year’s Games, athletes must compete in three specific phases: the Open, the Quarterfinals, and the Semifinals. Athletes who were close to qualifying will have a chance to compete in the Games via a Last-Chance Qualifier after the other three qualification phases have taken place.

How to Qualify for the 2021 CrossFit Games

New to this year’s Games is the continent-based qualification system. When first registering for the Open, athletes will establish their continent. This will be the continent assigned to that athlete throughout the Games. An athlete does not need to live in the country on the continent they want to represent, but they must be a citizen of that country to represent the continent. 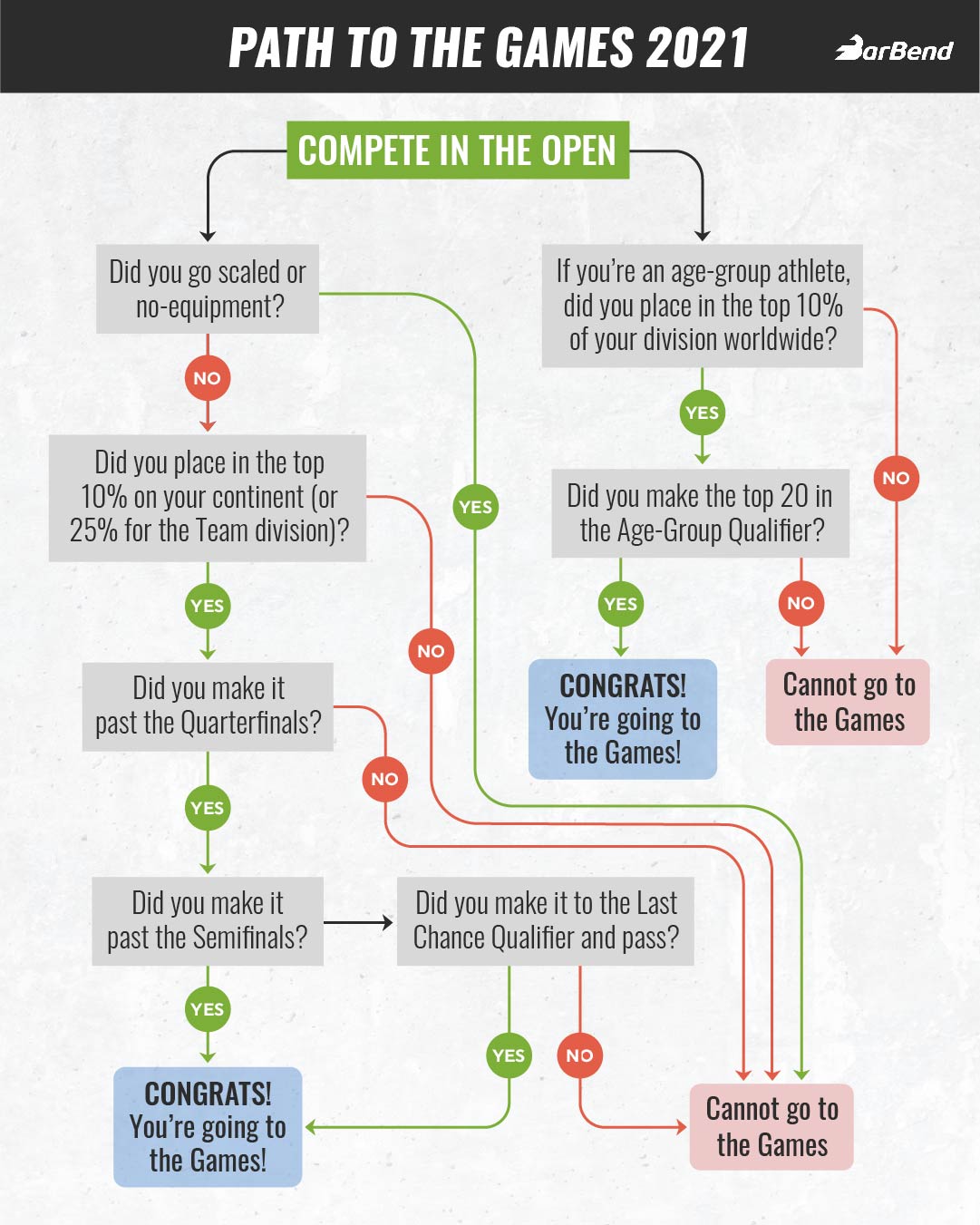 During the Quarterfinals, the top men, women, and teams from each continent must submit videos for review. However, the number of submissions changes depending on the continent.

For non-Adaptive athletes, the competitor’s age as of July 14, 2021, will determine their age group.

Individual men and women in the top 10% on each continent and the top 25% of total teams per continent (with a minimum of at least 50 teams from each continent) are eligible to participate in the Quarterfinals.

The equipment list for the Quarterfinals was released on March 31, 2021, by CrossFit HQ. It includes:

There will be 10 total Semifinal events — four events in North America, two in Europe, and one each in Asia, South America, Africa, and Oceania. As of  April 21, 2021, five of the scheduled CrossFit Semifinal events are now virtual competitions. The number of athletes who will qualify for the Semifinals is as follows:

Here are the number of athletes who can qualify for the Games from the Semifinals.

There will also be a Last-Chance qualifier for athletes who narrowly missed Games qualification. This online competition will take place from June 28, 2021, through July 4, 2021. Individual athletes must compete in a series of events throughout the weekend, the exact number of which will be released prior to the start of the Last-Chance Qualifier.  This will include athletes who finished within three spots of a Games qualifying position:

The top 20 men and women from each age group will be invited to compete at the Games. If for some reason one of those athletes declines, the next highest-ranked competitors will qualify. The age groups are:

Each week, the individual man and woman with the best scores worldwide will receive $2,021. (To claim the prize, athletes must ensure their video is submitted to CrossFit before the deadline.) Here are the overall payouts for the top five men and women in the Open:

Though more than one team can form out of the same affiliate, members cannot switch teams during the competition.

[Related: Here’s Why so Many CrossFitters Are Flocking to Bobsledding]

Within this division, there will be 16 classes, eight each for men and women. Those include:

For athletes who don’t have access to the necessary equipment — a dumbbell, barbell with plates, plyo box, jump rope, and a pull-up bar —  or want to participate at home, CrossFit offers an equipment-free Open. However, there are a few stipulations.

Registration for the CrossFit seasons starts on Jan. 7, 2021, with the Open kicking off the competition schedule on March 11, 2021. If you need a refresher, you can check out our video on the season announcement and the schedule below.

*CrossFit acknowledges that they have a contingency plan in place in case COVID-19 halts the in-person events.

Editor’s note: This article was updated on Feb. 2, 2021, to include more details on the Semifinals and Last-Chance Qualifier, sent by CrossFit HQ.