10 Kinds of Creatine and What They All Mean

When did creatine get so complicated? Once upon a time creatine monohydrate was the only kind available, but supplement companies have hit the market with seemingly endless varieties. It absorbs better, it absorbs faster, it gives you less bloat, it gives you more power. (Maybe it costs more. But it’s totally worth it.)

Is this just a case of companies trying to stand out in the market, or is there merit to these claims? After trying dozens of creatine products, we decide to figure this out.

The O.G., the reigning champion, the most common, most widely used, most well-researched: creatine monohydrate, so called because it’s made by binding creatine (an organic acid) with one molecule of water.

Literally hundreds of studies have been performed on creatine monohydrate. With just 5 to 10 grams per day, there’s good evidence it can lead to increased power output, muscular endurance, and muscle size — partly by bringing more water into the muscles, though over time it does indeed help with actual hypertrophy.

Creatine monohydrate has even been linked with certain mental benefits, particularly among folks who rarely consume creatine through meat, such as vegetarians and the elderly. For these folks, supplementing creatine may improve memory, though there’s not as much evidence for these effects as there are for the athletic applications.(1)(2)

While creatine monohydrate is creatine that’s been bound with water, creatine anhydrous has the water removed. This means it provide slightly more creatine per gram, but it doesn’t necessarily mean it absorbs any more effectively.

So what does that do? There are a lot of theories. One thing we do know is that creatine “HCl” is more soluble in water, but some believe that it also absorbs more efficiently in the body. That’s why most creatine HCl products have a serving size of under one gram, as opposed to the standard five grams for monohydrate.

There’s not a ton of evidence for this. The stomach is full of hydrochloric acid and it seems likely that creatine will dissociate with the hydrochloride once it hits the stomach. One study (which wasn’t peer-reviewed) showed that after consuming it, subjects had more creatine in their plasma than they did when they consumed standard creatine monohydrate. But that might mean less creatine went to the muscles, which would mean hydrochloride is less effective. There’s not enough evidence to make a claim either way.

That doesn’t mean it’s a useless supplement, though. Some folks get stomach cramps from creatine monohydrate and anecdotally, hydrochloride doesn’t have that effect as often. 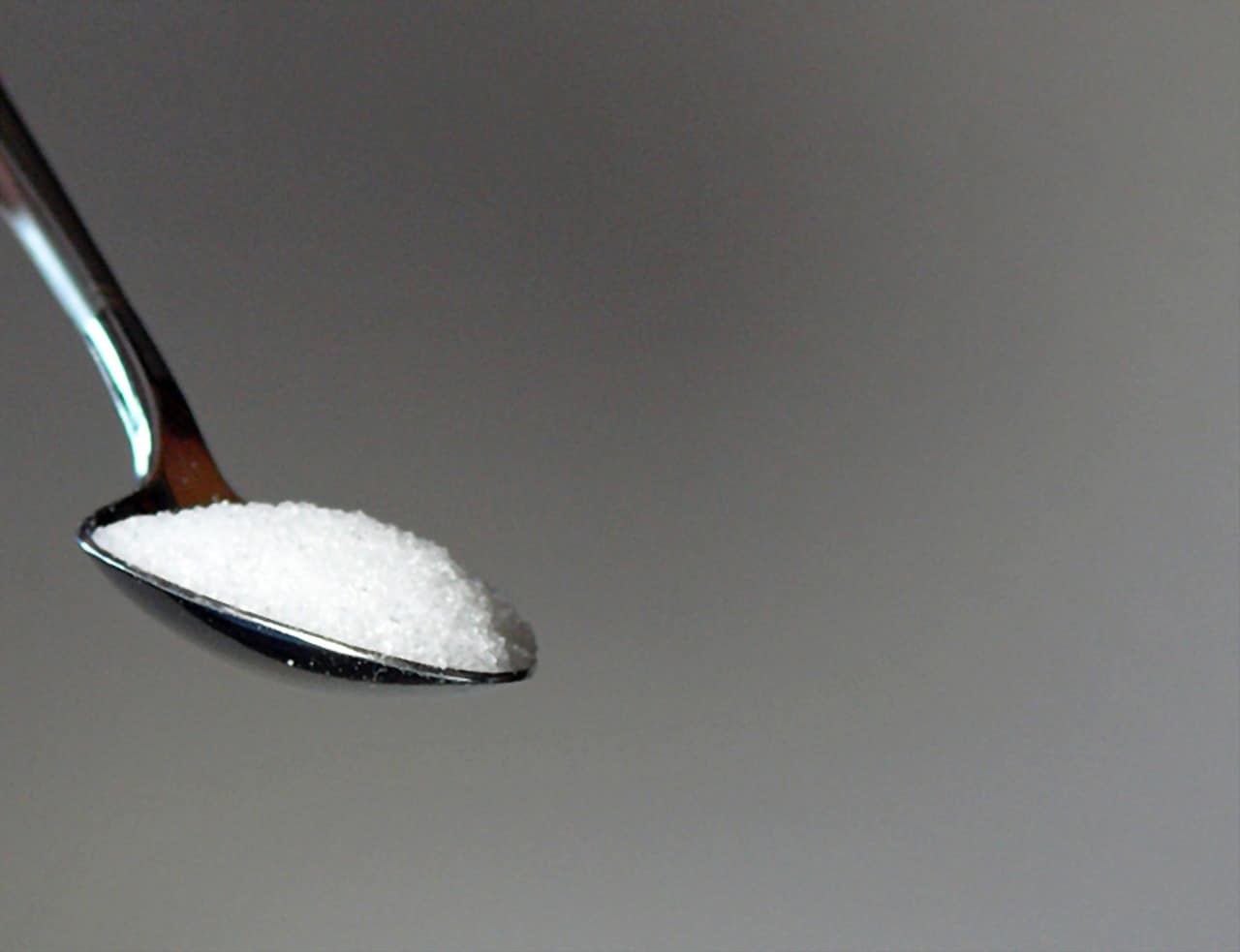 Often sold under the name MagnaPower®, this is creatine that’s been bound with magnesium. It’s not hard to find people claiming this absorbs more effectively than monohydrate, but like hydrochloride and everything else on this list, there have been very few studies performed on it. The studies we do have aren’t particularly promising.

The most rigorous one comparing it with monohydrate, published in the Journal of Strength & Conditioning Research in 2004, showed no significant difference in physical performance over 30 days of taking it.(3) That’s pretty much the only comparison we’ve got, but there is another study from 2003 that suggests it could increase power output without the added water weight that creatine usually brings with it.(4)

That could make it useful for athletes trying to keep their weight down, but we really need more research before we can be sure about this. There’s just that one study.

This is creatine that has a higher pH than regular creatine monohydrate, making for a more alkaline or basic product. Usually it refers to Kre-Alkalyn®, but there’s a competitor called Crea-Trona® that’s buffered with both sodium carbonate and sodium bi-carbonate, which may further increase the alkalinity.

Buffered creatine is sometimes promoted as more effective and as resulting in less of the creatine breaking down into creatinine, a less useful byproduct. However, the only large study comparing it with monohydrate showed no difference in performance or muscle creatine content, and it found pretty similar increases in creatinine between the two.(5)

That said, buffered creatine, like creatine hydrochloride, may be easier on the stomach for athletes who experience cramps with monohydrate.

This has been bound with citric acid, an organic acid that occurs in citrus fruits and is often used as a natural flavoring in supplements. A 2007 study in the Journal of the International Society of Sports Nutrition found no significant differences in absorption between monohydrate and citrate.(6) Citrate does appear to be more soluble in water, but there’s no reason to believe that means it absorbs more effectively.(7)

Bound with malic acid, another organic acid commonly found in fruit, there’s some evidence that malic acid alone might help to improve stamina. Creatine malate has been found in a few studies to improve anaerobic output in sprinters and judo practitioners, but we don’t have solid, placebo-controlled studies comparing it with monohydrate.(8)(9)(10) Like creatine citrate, it appears to dissolve more easily in water.

This is creatine that’s been bound with a molecule of glucose. There’s a theory that since it’s bound to glucose, and since creatine may absorb more effectively when it’s combined with insulin-spiking carbohydrates, this form of creatine absorbs more effectively.(11) To date, no studies have been published testing this theory.

Bound with pyruvic acid, creatine pyruvate is one of the more interesting inclusions in the creatine pantheon. Studies are pretty mixed: one showed it to have a better effect on endurance than creatine citrate (which, remember, seems about as effective monohydrate), but another found it didn’t improve endurance at all.(12)(13)

Some research also found that it resulted in more creatine in the blood when compared with monohydrate, though this could mean that less of it wound up in the muscles so it’s not actually more effective.(6) This study concluded that creatine pyruvate probably isn’t more bioavailable.

Also known as creatine AKG, this is technically a salt that’s formed from alpha-ketoglutaric acid and creatine. There are theories that because alpha-ketoglutarate is a precursor of glutamine, this will absorb better in the gut and prevent the discomfort and diarrhea that some athletes get from creatine. Some also claim that it absorbs more efficiently and results in greater creatine muscle concentration than monohydrate, so the dose can be smaller. There’s relatively little evidence for these claims as of right now.(14)

"Blame it or praise it, there is no denying the wild horse in us." –Virginia Woolf (illustrated by Amanda Shakira Fialk) . . #crossfit #cfusq #kettlebell #kettlebellswings #fitgirl #flowinglocks #abs #beastmode

Sometimes just called “creatine ester,” it’s sometimes claimed to absorb better and have a longer half-life in the body than regular monohydrate because it dissolves more easily in fat. Unlike many of the entries on this list, creatine ethyl ester has had quite a few studies performed on it, but they’re not all encouraging for it being superior.

In fact, one double blind, placebo-controlled study found that after seven weeks of supplementing, creatine ethyl ester resulted in less creatine in the muscles and blood than regular monohydrate, plus it appears to lead to higher plasma concentrations of the byproduct creatinine.(15)(16) Under normal circumstances, creatinine is eliminated from the body as waste but since it isn’t great for the kidneys, it may be prudent for some people to avoid creatine ethyl ester.

So what’s the takeaway? The most important is that creatine monohydrate has far, far more evidence supporting its use as a means to improve performance than any of the other entries. Creatine magnesium chelate could help with performance without the water weight. Creatine with different pH levels might reduce stomach cramps. But these claims have little scientific evidence supporting them — they’re certainly possible, just not undeniable.

If creatine monohydrate gives you indigestion, it may be worth try pH-buffered creatine or creatine hydrochloride. If it doesn’t, there’s not a lot of proof that any of these other options are better.