Why Probiotics Are Extra Beneficial for Athletes

In nutrition science, a lot changes and a lot stays the same. Sure, there’s something of a divide between the low-fat and low-carb fans, but pretty much everyone agrees on the big picture: lots of plants, lots of water, protein with every meal, and an appropriate calorie intake for your activity level. There’s a new study every day, but nothing’s really changing.

Except how we view gut bacteria. We’ve known that we have bacteria in our bellies for well over a century, but it wasn’t until the past decade or so that we had the technology to really understand their diversity and the ways that they interact with our bodies.

Yes, we’ve been taking probiotic supplements with the understanding that they can improve digestion. But as study after study comes in, they’re being linked to increasingly surprising outcomes, many of which are relevant for athletes. 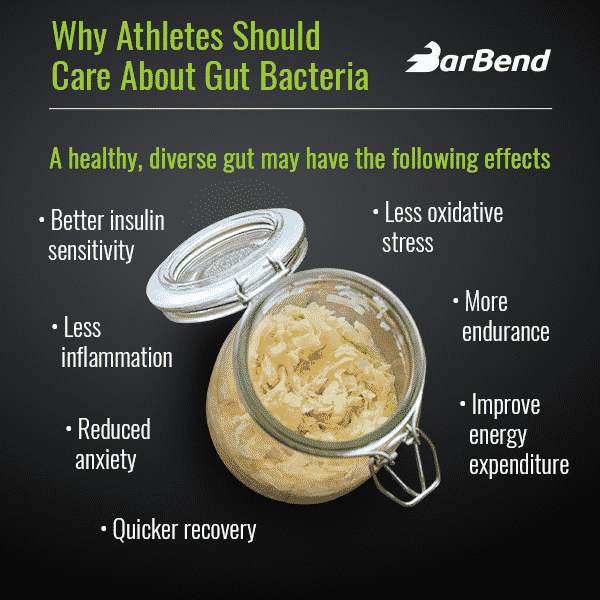 What Is the Gut Microbiome?

While we like to think of our bodies as a single contained unit, we’re walking around all day with trillions and trillions of alien bacteria in and on our bodies. Research suggests that we have at least one bacterium for every human cell, with many putting the number at 1 human cell for 3 microbes.(1) So we’re probably more bacteria than person, if that makes sense. You’re president of the populous nation of you.

Most of them live in the digestive tract in an ecosystem we call the gut microbiome, and that’s also where we find the most diversity. There are some 500 to 1,000 species of bacteria there and the more diverse your critter population is, the more species you have getting along with each other, then the healthier your system is, very generally speaking. 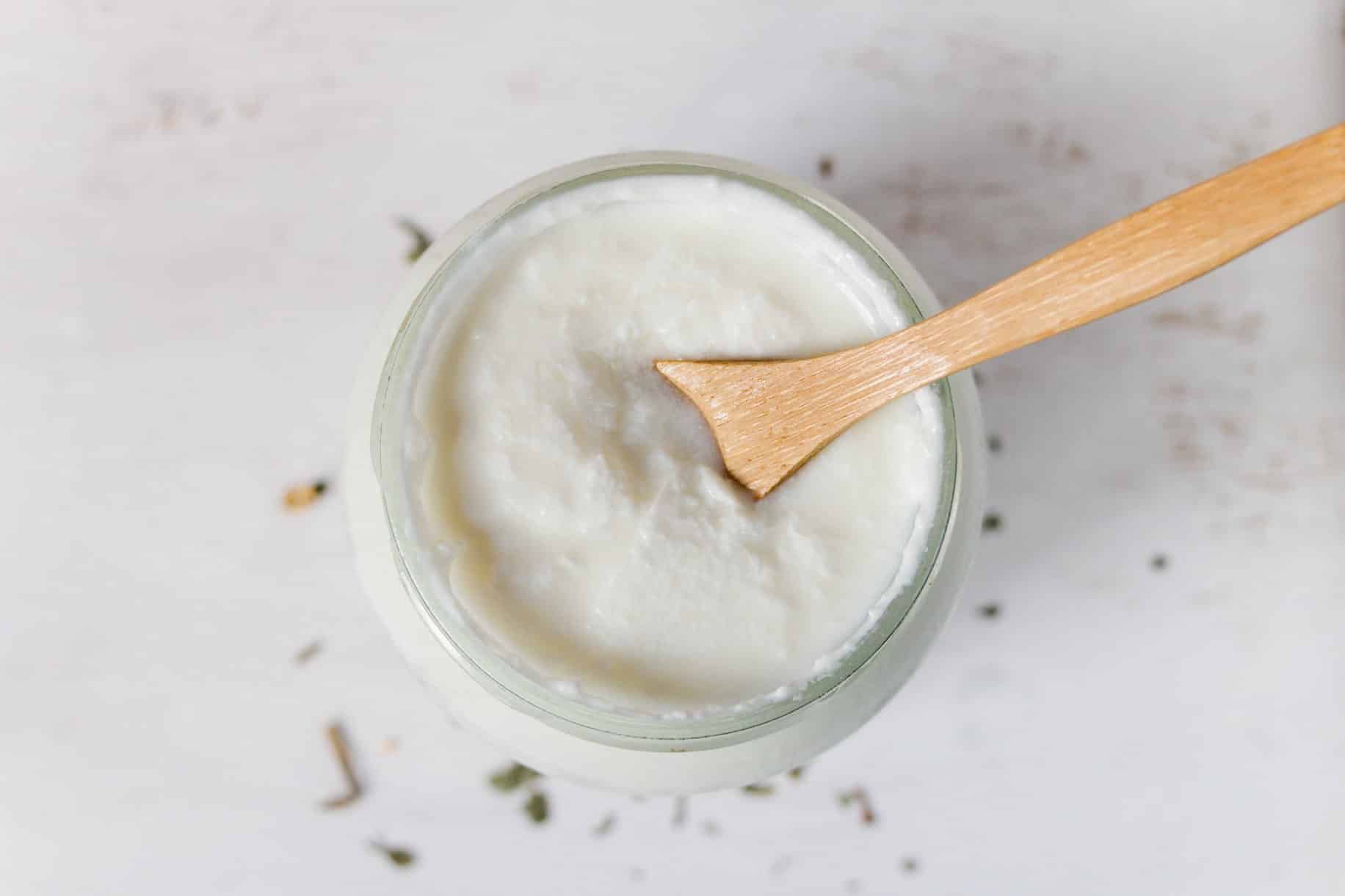 What Are the Benefits of Probiotics?

We’ve known for a while that our gut bugs help us to break down food and absorb their nutrients, particularly plants. They do the same thing in other species; the only reason termites are able to eat wood pulp, for example, is because of their microbes.

Probiotic supplements, which are full of the kind of bacteria our bellies like, have been used to treat digestive issues like gassiness and diarrhea for decades, especially when these problems have followed a course of antibiotics. As the name suggests, they kill off vast swathes of our gut critters and in some cases can cause digestive problems.

Lately, we’ve been finding that the gut microbiome appears to influence other areas of our health. The research is in its infancy, which makes it exciting but hard to make really firm claims. That said, there’s pretty interesting work that’s suggesting the following effects. 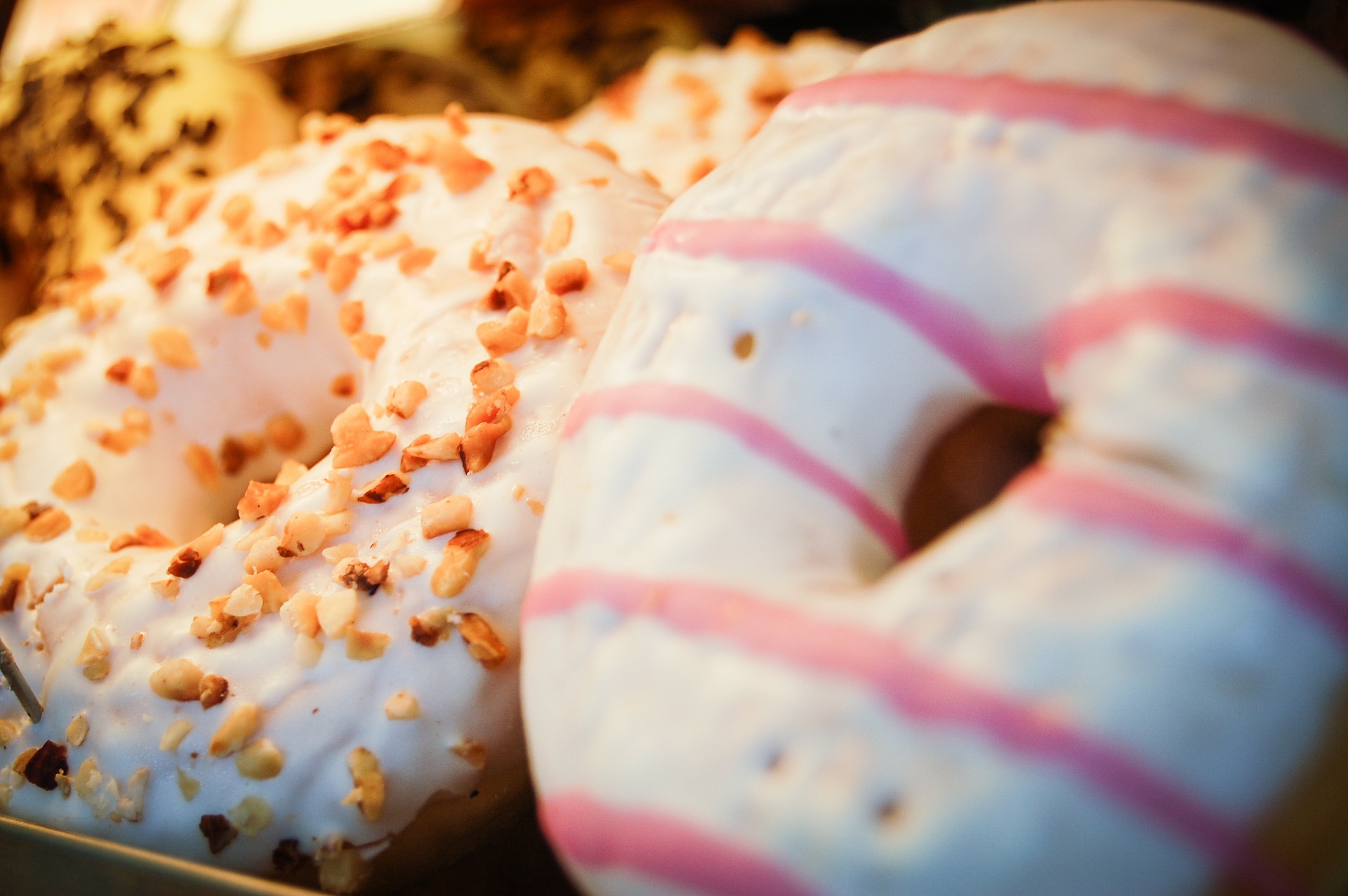 This refers to the way the body processes carbohydrates. Insulin helps to move sugar out of the blood and into your organs (mostly the liver and muscles) where it’s needed. If you have good insulin sensitivity, you don’t need as much insulin to accomplish the job as you do if you have poor insulin sensitivity, or “insulin resistance.” That can lead to type 2 diabetes, when the body has tremendous difficulty getting the sugar out of the blood, and insulin resistance has also been linked to thyroid issues and several kinds of cancer. It also makes it harder to lose fat.

There are lots of ways to improve your insulin sensitivity (like exercise and good sleep), but multiple human studies have shown that more diverse gut bacteria may exert a powerful effect.(2)(3) For example, a study of men with diabetes found that treating them with a strain of lactobacillus acidophilus, commonly found in yogurt, resulted in better insulin sensitivity than a control group.(4) A rodent study even found that putting the gut bacteria of obese mice into the bellies of healthy mice made the healthy mice gain fat, even though their diet remained exactly the same.(5)

This is a term that gets thrown around a lot but it’s often not really understood. Acute inflammation is when your hand gets red and swollen when you bump it, but usually people are talking about chronic inflammation. Basically, this refers to low levels of stress, a more long-term issue that happens when the body, in one way or another, is perceiving a threat and feels a need to defend itself. This puts the immune system on a low level of alert for a long period of time, which can have a ton of adverse effects.

Chronic inflammation has been linked to obesity, heart disease, arthritis, and even depression. It’s caused by lots of things including stress, diet, smoking, and others, and one way to combat it may be with a healthy gut.(6)(7) As an example, a kind of Bifidobacterium longum, a strain also found in some fermented dairy products, improved the clinical symptoms in patients with inflammatory bowel disease in one trial.(8)

Here’s where things are really getting interesting. We want to reiterate that everything in this piece is based on relatively recent research and the results we’re talking about aren’t ironclad. We really need more time.

But there seems to be a curious link between the gut and the mind, often called the gut-brain axis. You might know that stress can cause indigestion, but the link might go the other way: the gut can affect the mind. A 2011 study on varieties of the Lactobacillus helveticus, traditionally used to make some Swiss and Italian cheeses, and the aforementioned Bifidobacterium longum, administered the probiotics to both rats and humans for a month. It found a significant decrease in anxiety-like behavior and hostility in both species.(9)

Another study from Oxford University found that prebiotics, which is kind of like food for probiotics designed to improve their function, also improved anxiety levels. The human subjects were found to have less waking cortisol and actually paid less attention to negative words and more attention to positive words after three weeks of supplementing.(10)

One kind of Bifidobacterium was even found to increase the will to live in rats. The critters would spend more time trying to escape a pool they’d been tossed into if they’d been treated with probiotics when compared with the control group, whose rats gave up the struggle more readily and resigned themselves to their fate. They call that a “forced swim test to assess motivational state” and yeah, it’s a little messed up.(11)

A recent systematic review of ten well-regarded studies on this topic concluded that “the evidence for probiotics alleviating depressive symptoms is compelling” but more studies are needed. 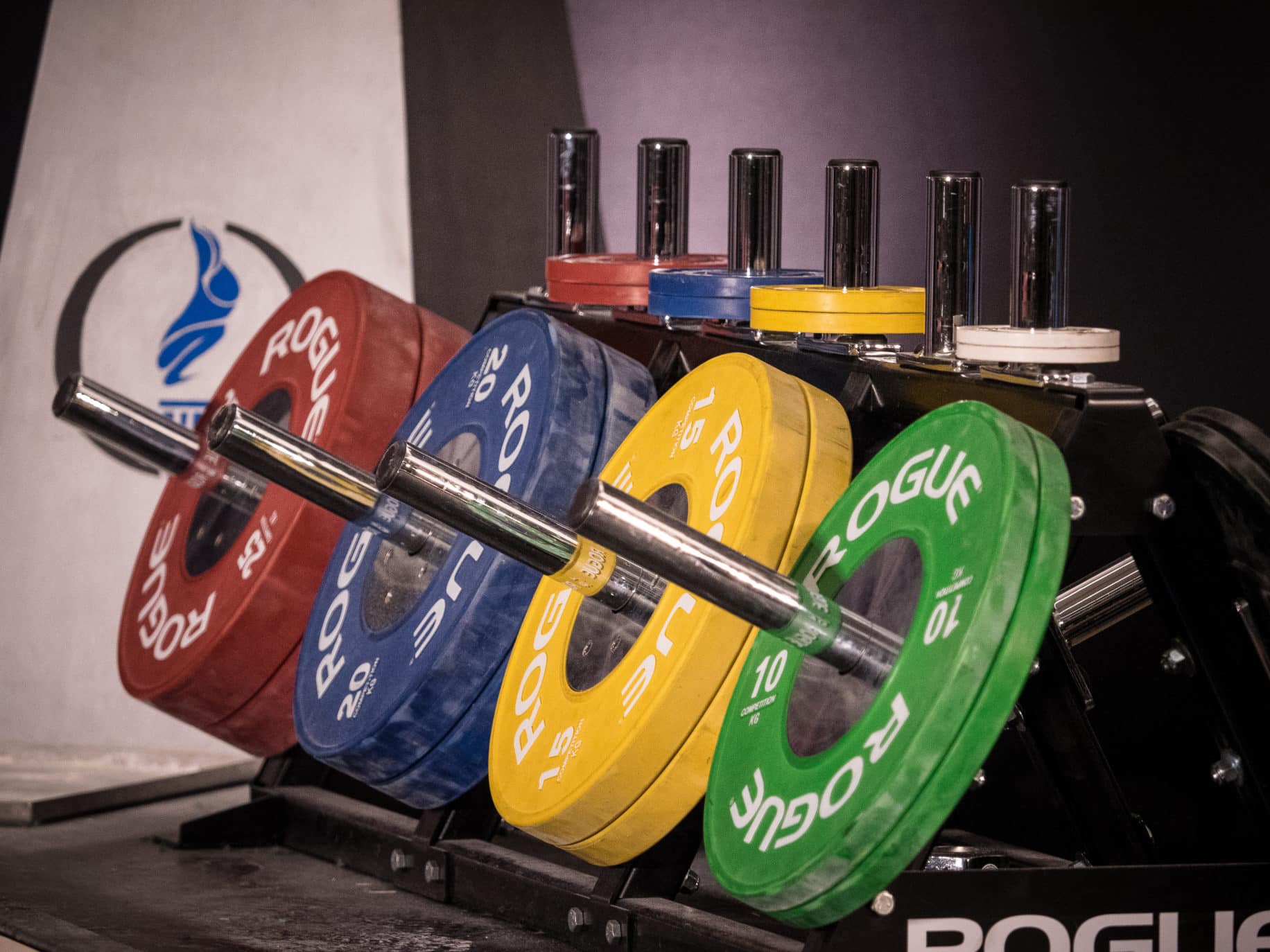 The Benefits of Probiotics for Athletes

All of the reasons above have legit benefits for athletes. Insulin sensitivity makes it easier to get energy from your food, controlling your inflammation can help with muscle soreness and injury recovery, and better mental health can also have clear benefits with regard to focus, recovery, and motivation to exercise.

The inflammation part has gotten extra special attention from researchers looking at probiotics and athletic performance. As mentioned above, inflammation can reduce immunity, and studies have acknowledged that reduced frequency of illness can have “modest” benefits for athletes.(12) A systematic review of literature from 2007 concluded that probiotics, 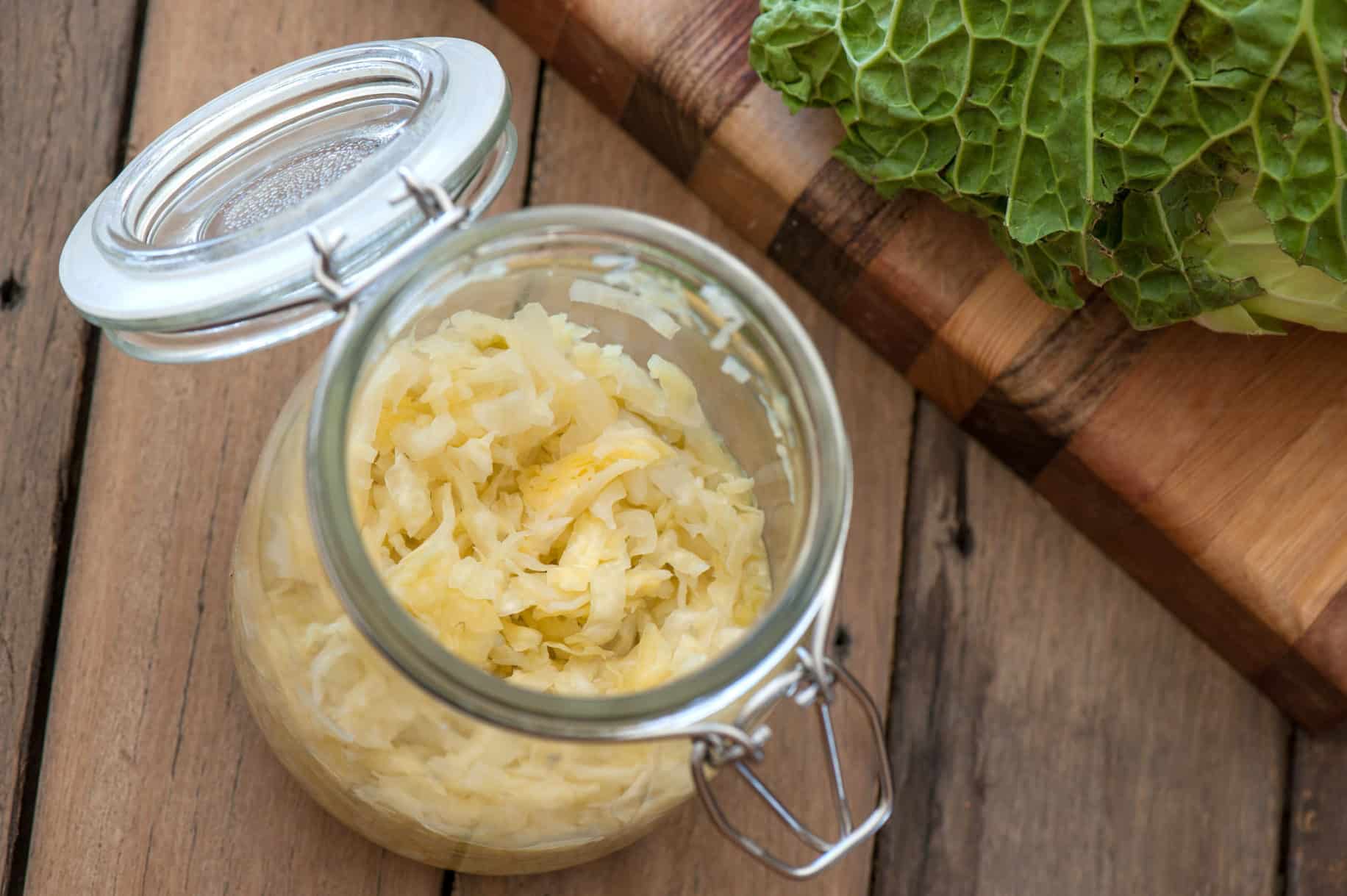 That might not sound super interesting to you, but more recent research has suggested more direct benefits. Published in 2017 in The Journal of Sport and Health Science, “Endurance exercise and gut microbiota: A review” analysed several studies to find that probiotics could help to control exercise-induced stress and metabolic disorders, in addition to supporting general health and energy availability. It noted,

gut microbiota may have a key role in controlling the oxidative stress and inflammatory responses as well as improving metabolism and energy expenditure during intense exercise.

Indeed, rodent studies found that more diverse gut bacteria produced rats that had better endurance in swimming tests, but two human studies in 2016 found resistance-trained males had improved recovery in the days following strenuous exercise, with one also measuring an increase in peak torque production compared to the placebo group.(14)(15)(16)

After decades of research on marathon runners and rowers, Harvard scientists claim that in the next year or two, they’ll have probiotic supplements specifically formulated for athletes. For now, there are a few ways to keep your guts in shape.

This is a field of research that’s in its infancy, but it grows more exciting every day. The main takeaway is to remember that line about you being the president of your own nation. Treat your subjects well, and they’ll keep the system running smoothly.