Quest Vs Isopure – Which Low Carb Protein Powder Is Best?

Today we’re hosting a battle of the low carb protein powders: Isopure and Quest. They’re both very popular names in the supplement industry but for different reasons.

Isopure has a well-deserved reputation as perhaps the most popular whey isolate on the market. Their Dutch Chocolate flavor is low carb with about 1.5 grams of carbs for a serving of 25 grams of protein but they’re perhaps best known for their zero carb varieties, which we’ve also tried out.

So which one is right for you? Let’s take a closer look.

[Don’t miss our roundup of the best whey protein powders on the market.]!

What actually goes into assessing a protein powder’s quality? Believe us, we take this stuff seriously.

Different people want different things when it comes to protein. If you’re looking to save cash you might be fine with whey concentrate, the least processed form of this protein. It also has the most carbs, lactose, and fat, which is why some prefer whey isolate, although it’s typically a bit pricier.

There’s also casein — another protein sourced from milk — and plenty of protein powders also include egg, rice, hemp, and others. We don’t make value statements on these, but we do point them out in case it matters to you.

Again, we won’t say there’s anything necessarily wrong with a fattier protein, just that plenty of folks want their protein powder to be as protein-dense as physically possible. (One of these products is.) 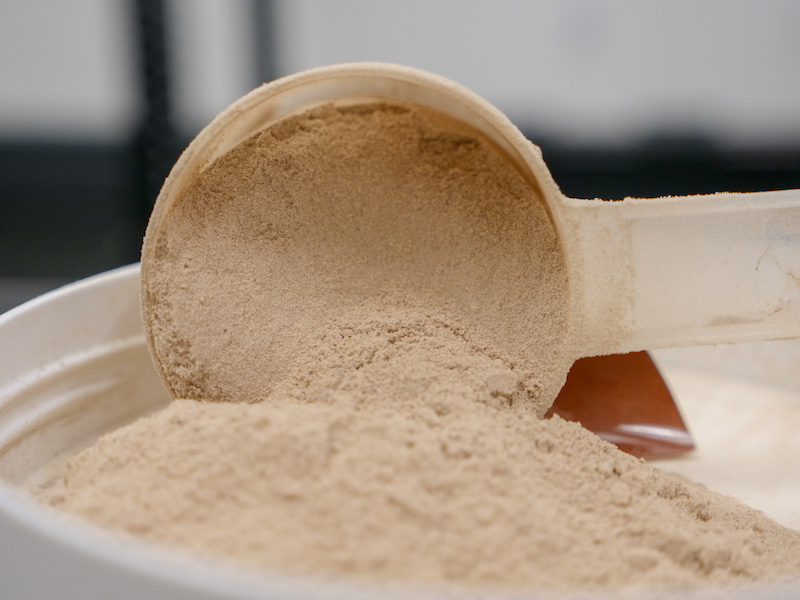 Some use stevia, some use sugar, the overwhelming majority use the artificial sweeteners sucralose and/or acesulfame potassium. Many people consider this relevant information.

Is there soy? Is there gum? Are there vitamins? What else makes the list? All of these are noteworthy as well.

Obviously, this is an important consideration when comparing edible goods! Some companies do a great job making a perfect milkshake flavor, others not so much. We don’t hold back in our assertions here because we know you wouldn’t either.

We’re talking about protein powder here — you’re buying them for the protein and protein per serving can vary, so we measure cost by cents per gram of protein and compare the cost to the product’s biggest competitors. 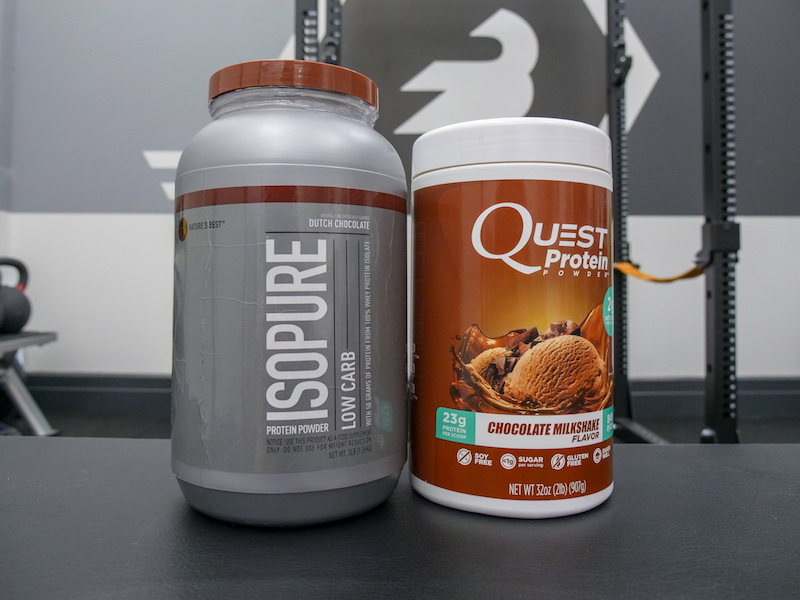 Formerly known as Nature’s Best, the business was first launched by Ernie Geracie and Hal Katz over 30 years ago, allegedly when they would churn their supplements in a garage with a cement mixer. In 2014 Glanbia, the same cheese company that owns Optimum Nutrition, bought out Isopure and added them to their considerable roster of sports nutrition companies.

Isopure has an innovative variety of products that include whey-coffee blends and clear, protein-infused, flavored water, but their flagship products are their low carb and zero carb whey isolates.

[See how Isopure compares to Optimum Nutrition in our comparison of the two.]

Quest, again, is definitely best known for their protein bars. The company started in 2010 when they launched the first two flavors of their Quest Bars and eventually expanded their roster to well over a dozen different flavors that use inventive combinations of sugar alcohols, fibers, and zero-calorie sweeteners to provide bars with some of the lowest carbohydrate counts in the industry.

Eventually they released protein powders as well, and they have an unusual emphasis on their ability to be use as flour substitutes in baked goods, but they’re meant to work just fine in shakes as well. So, do they? Let’s look at the nutrition.

The Creamy Vanilla Zero Carb has 100 calories per scoop: 25 grams of protein and zero carbs or fat. That’s 4 calories per gram of protein: as high in protein as you can possibly get. 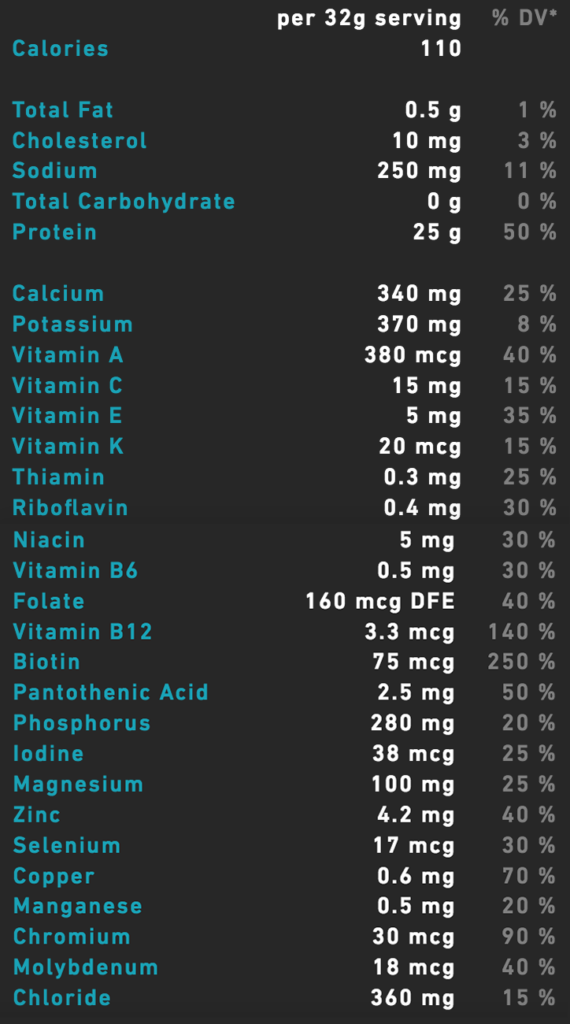 Both retain about 3% of the RDI of cholesterol but what’s really remarkable is that both products have a suite of about two dozen added vitamins and minerals. You can expect about 30 percent of the RDI of everything from Vitamin A to zinc, and there are even less common nutrients like chloride and chromium that often don’t make it into multivitamins, let alone protein shakes.

One scoop has 110 calories: 23 grams of protein, 0 grams of fat, and 4 grams of carbs with 2 grams of fiber and under a gram of sugar. That comes to 4.8 calories per gram of protein. 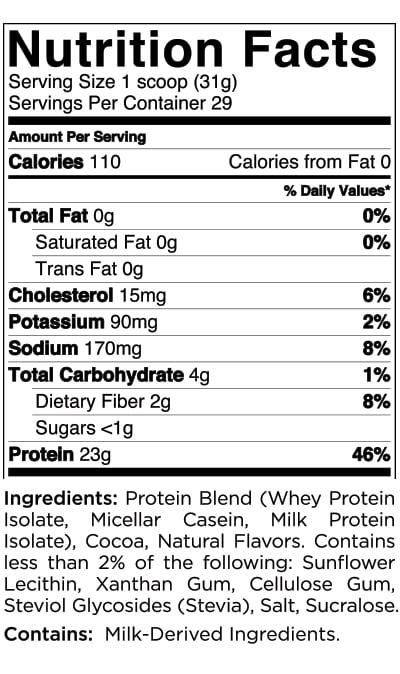 Like most protein powders there aren’t many micronutrients here: 35% of your calcium RDI and 20% of your phosphorus with about 5% of the iron and magnesium RDIs. It’s also a little higher in cholesterol (6% RDI) but lower in sodium (8% versus 10%).

So when comparing the two, Isopure is lower in carbs while Quest is lower in fat and higher in fiber, but with all those vitamins and minerals Isopure certainly provides more nutrition in many respects. 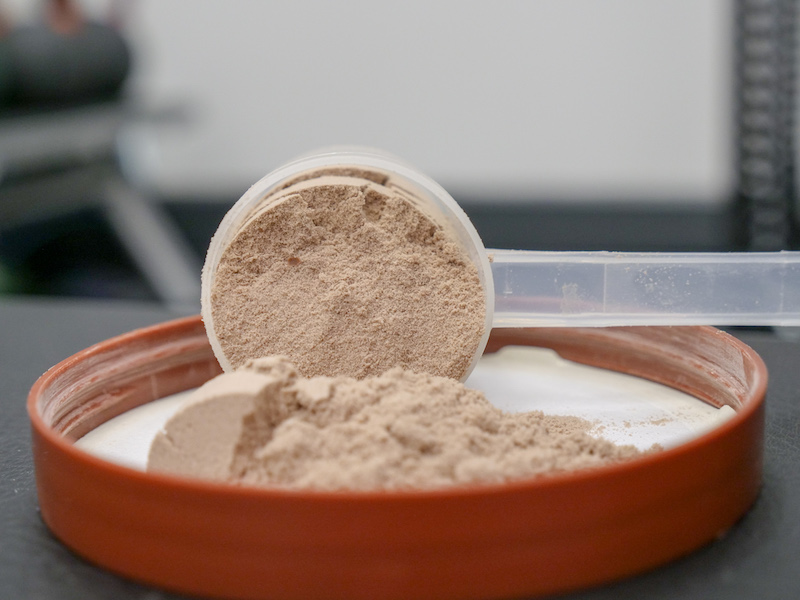 Both Low Carb and Zero Carb have the same ingredients: whey isolate, a blend of vitamins and minerals, soy lecithin (to help with mixability), the amino acid glutamine, natural and artificial flavors, the artificial sweeteners sucralose (a.k.a. Splenda®), xanthan gum, a thickener and stabilizer.

So, what’s the difference?

Plenty of people like to take casein before bed so that they can have amino acids released throughout the night, whereas the same person might prefer taking whey right after a workout because it digests faster and can get to your muscles a bit quicker.

Practically speaking, taking whey before bed and casein post workout instead probably won’t make much of a difference for the average person, but nonetheless that’s what the science says. Isopure digests quickly whereas Quest has a mixture of fast and slow digesting proteins. Relatively speaking.

As for Quest’s other ingredients it’s got natural flavors, sunflower lecithin, xanthan gum, cellulose gum, stevia, sea salt, and sucralose. So the other notable differences here are that Quest is soy free and has no artificial flavors. It also combines both natural (stevia) and artificial (sucralose) sweeteners. 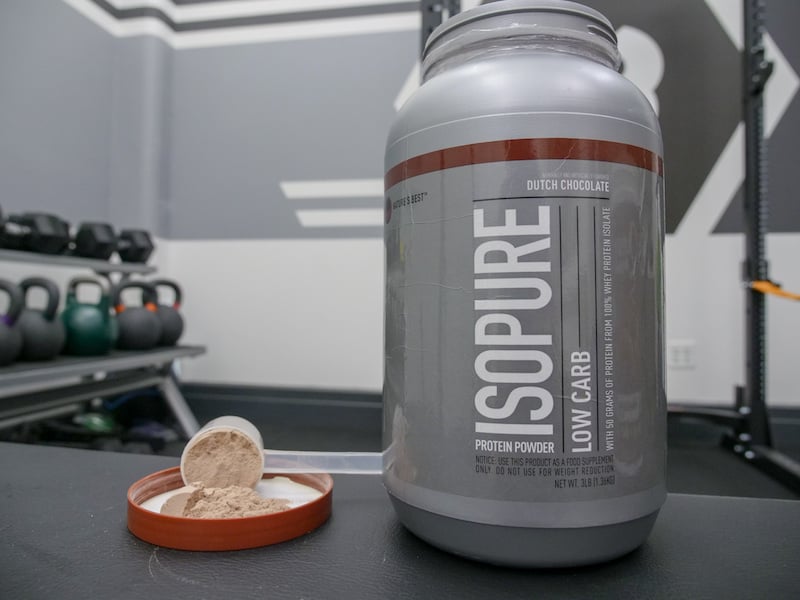 Dutch Chocolate has a relatively mild flavor, even if you follow Isopure’s instructions and mix one scoop with just 7 ounces of water. It’s thick, but it still tastes pretty close to the flavor of a scoop of cocoa mixed with water. It’s perfectly tolerable but it’s nothing to write home about.

As for Creamy Vanilla, the zero carb whey did a good job of tasting creamy but the vanilla part of the flavor was pretty mild — with water it tasted like, well, watery cream. Both flavors taste great with milk but with water these do not fall into the elite category of “protein powder that tastes good with water.” But few do. 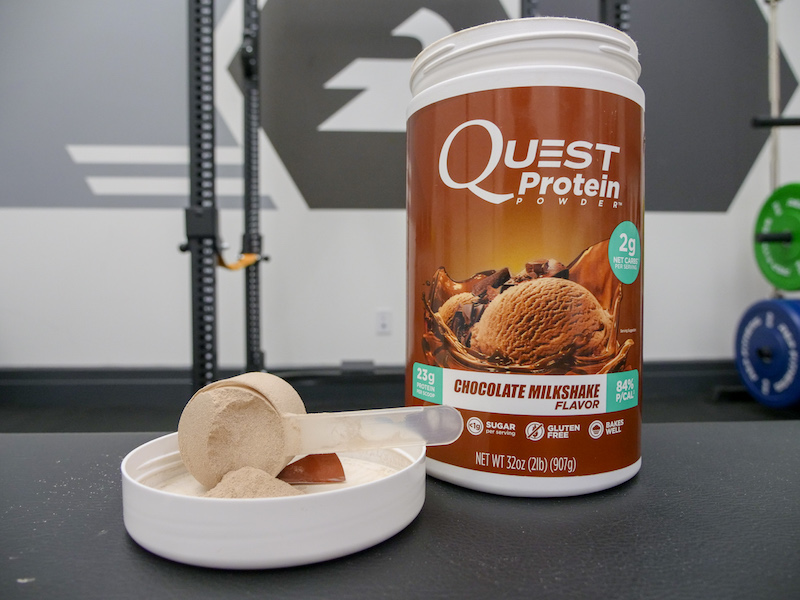 As the product with more carbs, I was expecting it to be the best tasting but I think it’s clear that Quest was focusing more on making something that’s useful for baking. The protein powder market is pretty saturated and the bake-ability is their hook.

Mixed with water (per their instructions) I didn’t love the taste. The mixture of stevia and sucralose made for an unusual taste that somehow amplified the artificial flavor. I found the taste chalky and it reminded me of Space Food Sticks. 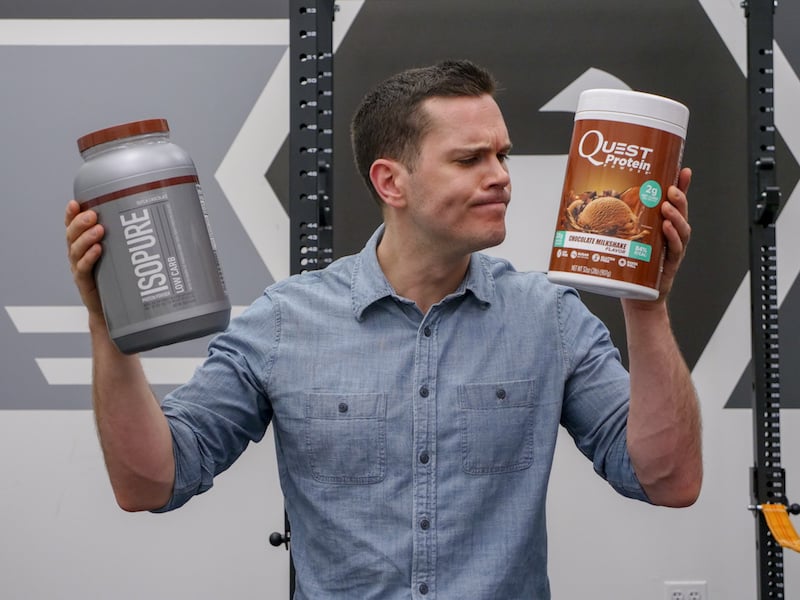 Isopure is available in plenty of sizes but the default one is 3 pounds, delivers 42 scoops, and costs between $35 and $45 on average. That comes to about $1 per scoop or roughly 4 cents per gram of protein. That’s about the same cost as the most popular whey blend on the market so for a pure isolate, particularly with all those extra vitamins, the pricing is very competitive.

We’ve seen the standard two-pound tub on sale for $30 to $40, so that’s about $1.20 per serving or a little over 5 cents per gram of protein. Casein is a bit more expensive than whey so it’s not too surprising, plus they use sunflower lecithin instead of soy lecithin which adds to the price.

Nonetheless, it’s clearly the more expensive of the two.

The Verdict – Which Is Best for Whom?

Both of these are solid products but their effects are quite different. If your priority is a nutritious, inexpensive, high-protein supplement then Isopure is for you. If you’re more interested in a longer term protein release, if you’re against consuming soy, or if you want to try baking with protein powder, then lean toward Quest.