Are You Strong? Building Strength Standards Across Five Key Movements

When you see it you certainly know it, yet defining just what counts as strong is surprisingly tricky. When I first started lifting, I was pretty sure I knew what it meant to be strong. To me it was being able to pull the then seemingly elusive double bodyweight deadlift.

All it took for me to realize just how far off the mark I was however was to leave the safe confines of my local gym and enter my first strongman competition. I got thoroughly beaten on every event that fateful day. 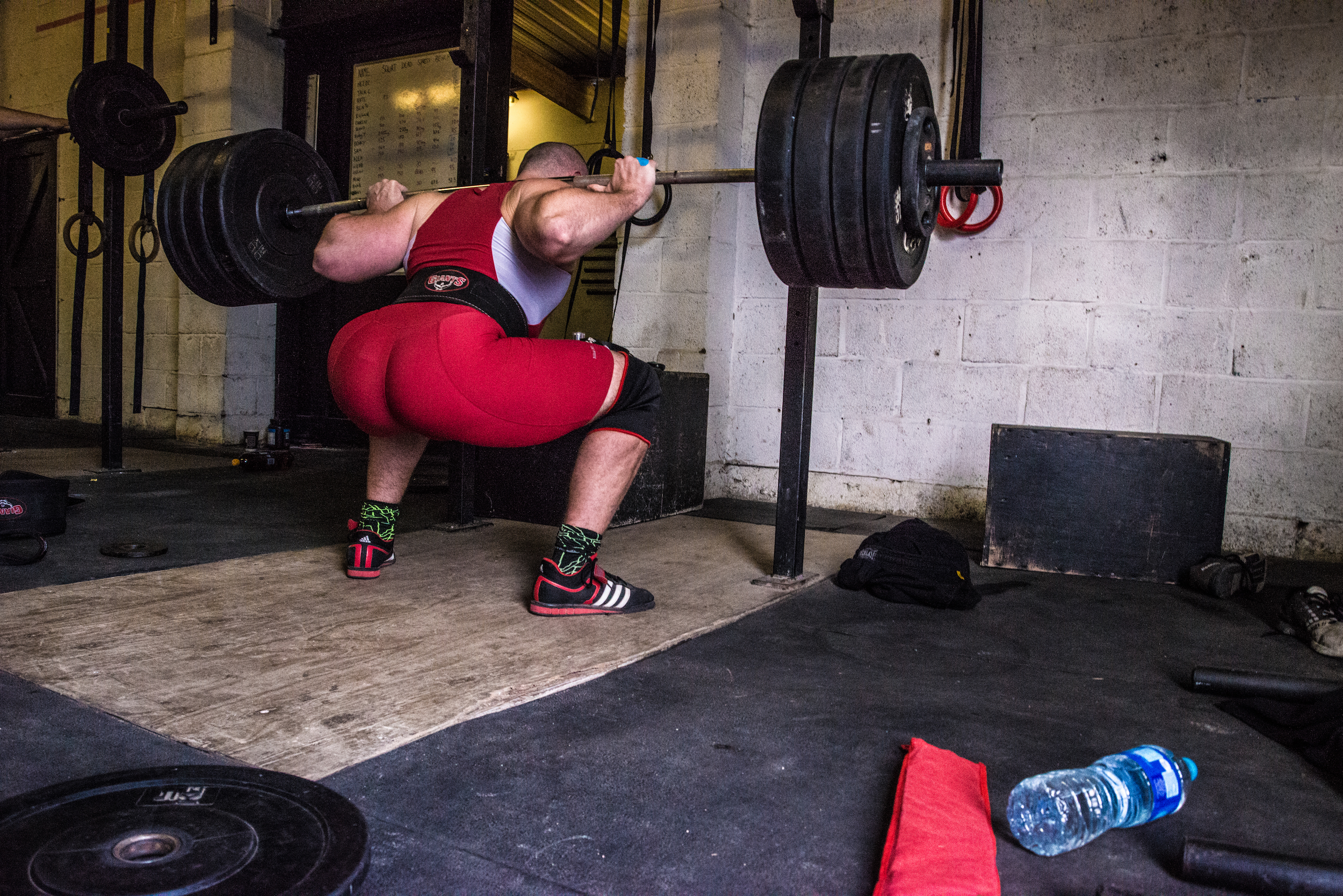 It’s difficult to look at the guy benching two plates with envy when you’re spending your days with record breakers.

When we are talking about something as subjective as strength, we are all as influenced by our experiences as anyone would be. Gymnasts will favor flawless execution of bodyweight movements over the deadlift, whereas the Olympic lifters will push the clean & jerk as the greatest test. In reality, though, no one movement can truly test strength; instead, we need a combination of lifts.

The following five lifts test the entire body, can be done with various techniques/styles, and all (except the last) encourage the use of very heavy weights. One last thing: claiming a lift that you got 3 years ago won’t cut it here; use numbers that you have hit in the past few months.

When running novice and beginner strongman competitions a few years ago, I came upon a problem, how do you decide who competes at what level? Moving away from the more common approach of basing it off previous competitions, I opted to go entirely on strength. Creating a list that has over the years transformed into the lifts below.

*Please note these are male standards; if you would like a female equivalent leave a comment at the bottom of the article!

Almost Strong – Compared to the general populace you’re in great shape and your lifts most likely place you firmly in the top five percent of the population at large. This level should be achievable within the first year of training.

Strong – You are now strong. These numbers would hold you in good stead at intermediate level competitions. Compared to the average Joe, you are superhuman.

Damn Strong – You are atop Mount Olympus, a god among mere mortals. Okay I’m exaggerating but in reality you are now stronger than most even dream of being. More than that though, you’re a well rounded strength athlete, not just a one trick pony. If you aren’t currently competing, you very much should be.

The first on our list — and rightly so. You can bounce a bench press or shave a few inches off a squat, but you just can’t cheat a deadlift. If you can take the bar from the floor and lock it out, you’ve deadlifted it regardless of what you had to do to get it there (strongman rules). 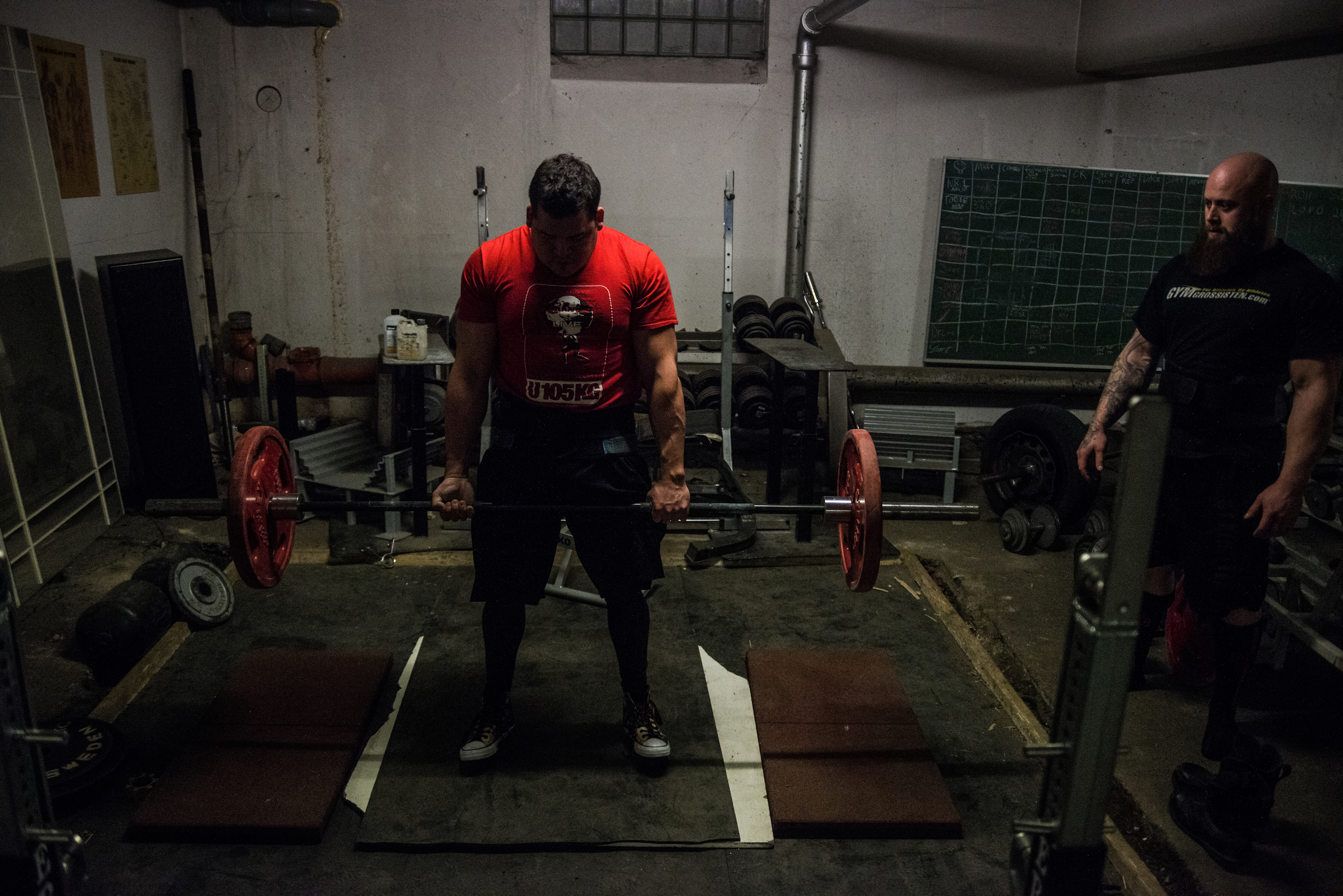 Not only is the deadlift beautifully simple, but there is something so primally satisfying about picking something heavy up off the floor. A true max straight bar deadlift pushes your entire body to it’s limit in a way that few other lifts can.

As said earlier, anything (safe) goes with this one, suits, straps and the occasional hitch are all ok as long as you lock out.

[Interested in finding the best lifting straps for you? Check out our review of the top models in strength!]

There’s a reason that the Olympic Games test the strength of lifters with two ground to overhead lifts. Everyone has a weak link somewhere in their body, and a surefire way to expose it is to take a heavy weight and lift it overhead. 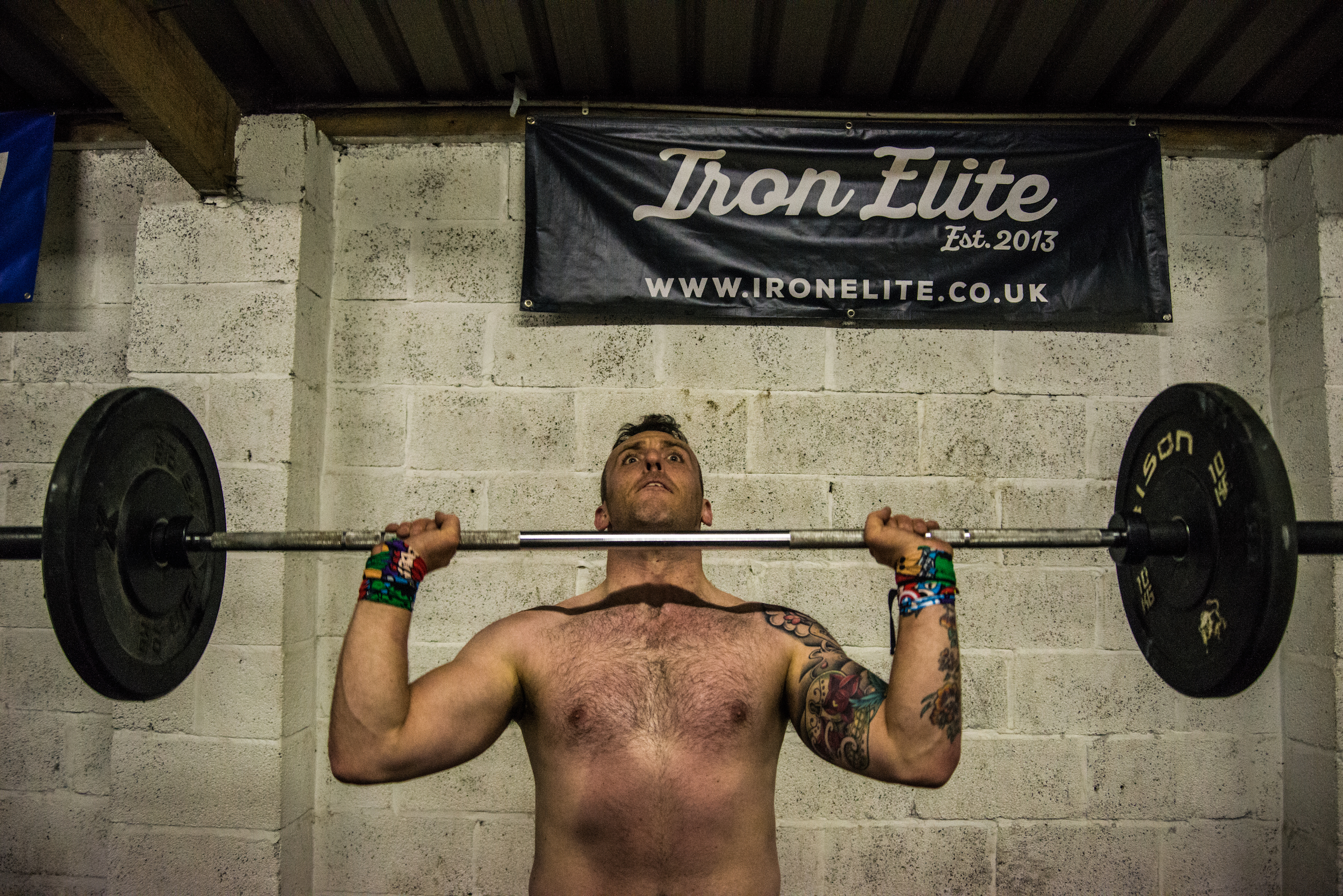 Again, we are keeping the rules as simple as possible, start with the bar on the floor and finish with it locked out overhead. How you get it from A to B is your decision, whichever technique allows you to safely lift the most weight, this could be a snatch, a continental & and press, and everything in between.

Bringing up strength without talking about the squat is paramount to heresy. I mean, is there any better test of lower body strength than the back squat? Glutes, hamstrings, quads, lower back, and even calves all have to be firing for you to successfully hit a heavy squat, not to mention your upper body, too.

More than just the muscular strain that the movement puts on your body, squatting heavy requires a certain type of mental toughness that the other lifts don’t. Loading up a bar till it bends, walking it out and then lowering yourself into the hole, not sure if you’ll be able to stand back up again takes a special kind of crazy.

My standards on this are again very straight forward: as long you go below parallel and stand back up without any help, you get the rep. If you squat high bar, low bar, in a suit or raw it doesn’t matter here.

In this age of functional strength, the bench press isn’t as popular as it once was, but this doesn’t mean that the bodybuilders staple doesn’t deserve a place on our list. Mistaken as just a chest and tricep movement, a well executed bench press requires strength and tension throughout your body. 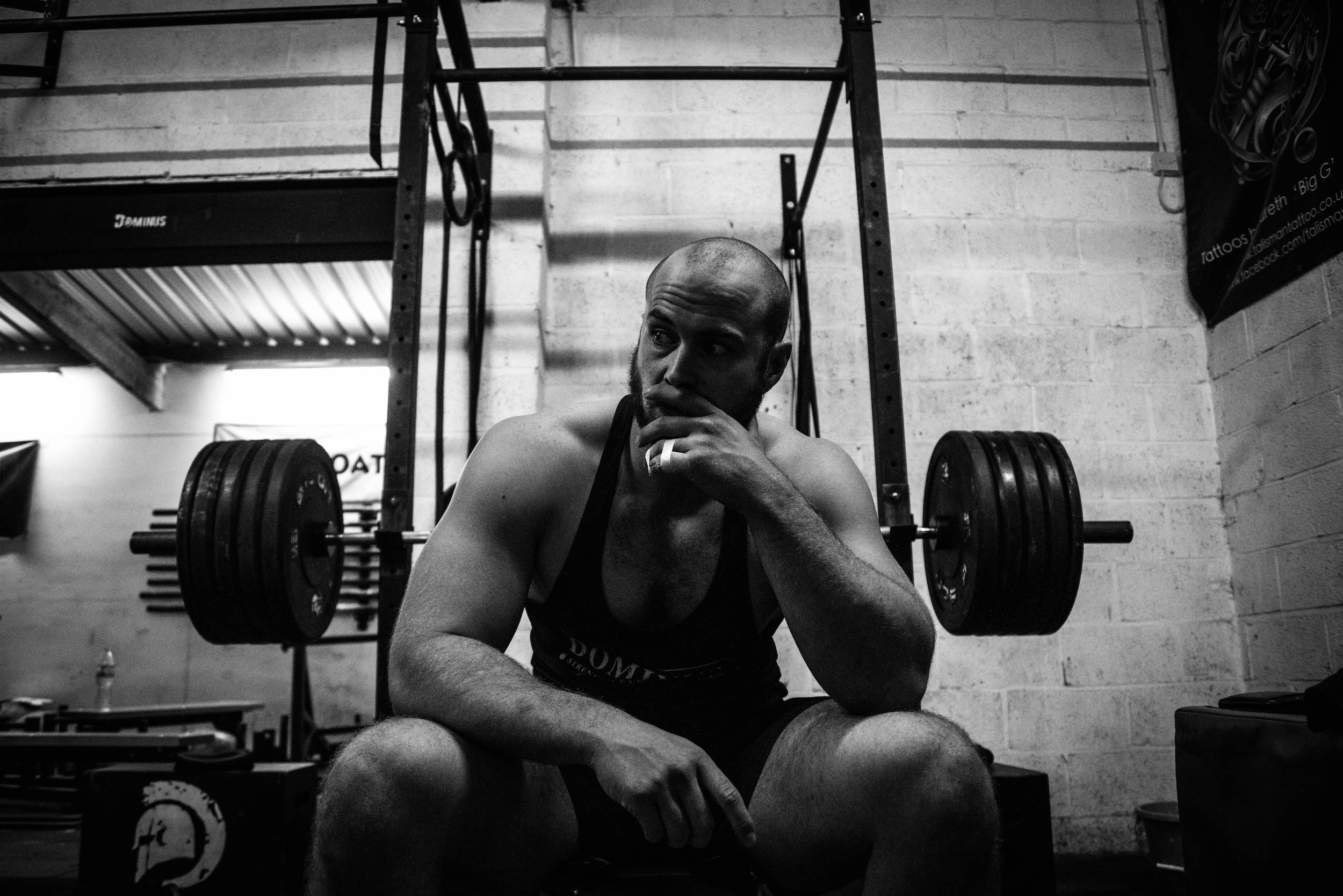 Unlike the strict rulings of powerlifting, I’m a little bit more lenient when it comes to the bench press. Take the bar from locked and lower it to you chest, press it until locked out. That simple, you don’t need to pause but avoid bouncing the bar off your chest, it’s just asking for trouble. Sleeves and straps are allowed but leave the shirt at home.

The only bodyweight movement on the list and with good reason. Bodyweight squats are easy, press ups are more often cheated on, sit ups test mental toughness more than core strength. The pull up however is simple enough to learn but gets hard real quick.

Hang from a bar with a double overhand grip, pull yourself up with minimal momentum until your chin is over the bar, lower yourself to the starting position and repeat.