The History of the Deadlift: How Did This Lift Become So Popular?

The deadlift is the simplest of the compounds, yet it’s one of the most rewarding to perform. There’s something about the grit and tenacity that comes with picking up a dead heavy weight from the ground; it’s instinctual and universal. Every strength sport utilizes at least some form of the deadlift, but where did this movement come from?

It’s difficult to put an exact finger on the origins of the deadlift. From the mid-1700’s to the present, we’ve had multiple iterations of a deadlift style movement, but in the earlier years, it wasn’t universally known with a set name. This is what makes predicting the deadlift’s exact origins so difficult. Yet, there have been some speculations as to where this popular movement came about.

The name deadlift itself stems from the exact meaning of the word, which is picking up a dead weight from the floor. There’s not much concrete proof out there about where the name originated; some say it came from soldiers picking up the bodies of their fallen comrades on the battle field, yet that’s most likely a rumor.

Possibly the first tale of what could be considered a deadlift comes from the sixth century B.C. On the Greek Island of Thera, archaeologists stumbled upon an unearthed a massive boulder. They noticed that the boulder had an inscription on it, and it read, “Eumastas, the son of Critobulus, lifted me from the ground.” It’s rumored that Eumastas had hoisted the boulder to hip height, but there’s no concrete evidence of him doing so.

Then, similar to Eumastas’ boulder feat, there was Bybon. In Olympia, Greece, there’s a stone that has a hand imprint it it with a similar description as the above tale. This boulder’s description reads, “Bybon, son of Phola, has lifted me over his head with one hand.” Unlike Eumastas’ tale, historians tend to believe this as a little more factual, stating that Bybon most likely lifting the stone with two hands, and held it overhead with one. 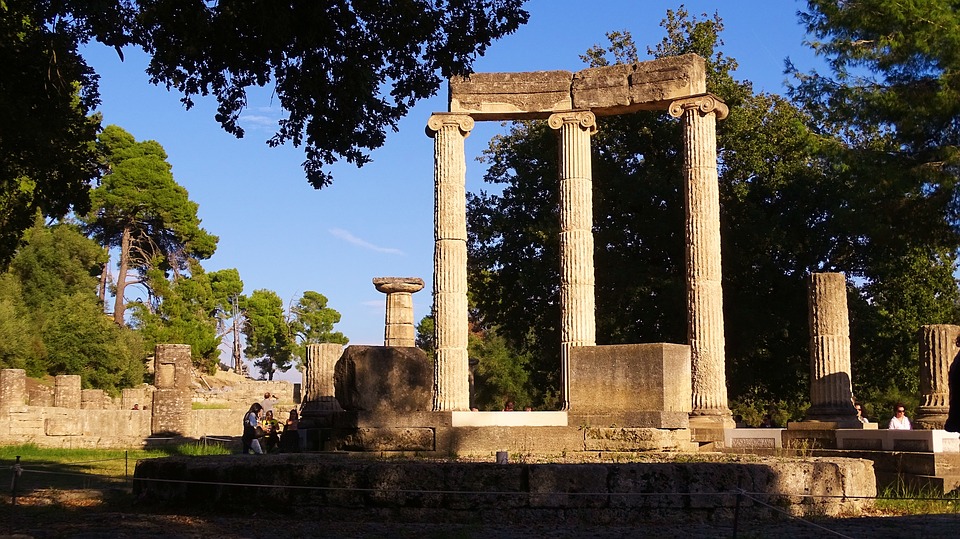 Obviously, neither of these can truly be proven, nor do they constitute a true barbell deadlift. But they do entail the act of picking up a dead weight from the ground and lifting it to waist height, and in Bybon’s case, higher.

[Infographic: Check out the heaviest deadlifts of all-time, do you know them all?]

The 1700 and 1800’s brought about many strength pioneers that changed the game of strength. These were performers, and athletes that competed with each other, along with circuses to make a living. But who started the deadlift? Let’s shift focus on not who, but what may have pushed the deadlift’s popularity before mainstream picked it up (literally).

One of the first strength feats that resembled a deadlift-esque movement was performed by British strongman Thomas Topham. He became well-known throughout the 1700’s for his odd strength feats, which bring us to the harness lift. For this movement, Topham would stand on a platform and loop a harness around his upper back/neck, then lift an astounding amount of weight below him.

Some records state he maximally lifted over 1,800 lbs in the harness lift.

One of the many strongman feat performed at circuses and road shows was called the Silver Dollar Lift. This movement is still used in strongman competitions today, but originated sometime in the 1800’s. It entailed a old time strongman ‘deadlifting’ two barrels filled with silver dollars connected by a bar. They would pick up the weight, then invite performance attendees to give it a try. If the attendee could lift the weight, then they earned the silver dollars.

The Health Lift was a device used back in the 1800’s that had people stand on an elevated box and grab a bar attached to weight on string, then stand up with it. It’s somewhat similar to belt squats on an elevated surface, but is slightly different due to the gripping of the bar and hinging of the hip. George Barker Windship is often credited with being the first formal inventor of this device. 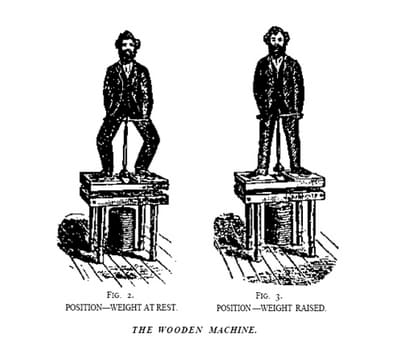 Goerner began his rise to fame for his strength feats performed with the Pagel’s Circus between 1910-1930. At this time, he began getting well-known for his feats of strength which include: Wrestling an elephant, clean & jerking 330 lbs, one-arm snatching 169 lbs, triple flipping a 50kg kettlebell, deadlifting 793 lb, and one-hand deadlifting 727 lbs.

It’s hard to say if Goerner was the true ‘father of the deadlift,’ but he definitely played a role in popularizing the movement. Then around the 1930s comes Mark Berry, a strength pioneer who was also a national champion weight lifter in 1925. Berry was one of the first pioneers to promote heavy compound movements (like squats and deadlifts) for building strength and muscle.

As the deadlift’s popularity began to grow in America from the 1930-40’s, so did its record setting numbers. Around this time and into the 1950’s, to record a record setting deadlift, an athlete must performed the feat at an Olympic lifting competition. Weightlifting’s governing bodies would allow athletes to perform “odd lifts” such as the deadlift, bench press, squat, and sometimes over head press during competitions for records.

One of the first documented best pound-for-pound deadlifts was recorded by John Terry of York, Pennsylvania’s weight lifting team. It’s said that he deadlifted 610 lbs at a bodyweight of 132 lbs. Then in 1946, at the Chattanooga, Tennessee Weightlifting Championships, Bob Peoples performed at 650 lb deadlift at a bodyweight of 181 lbs, and then hit over 700lbs a year later.

In addition to the above historical deadlift landmarks, Lamar Gant was the first to pull 5x his bodyweight with his incredible 632 lb deadlift at a mere 123 lbs bodyweight.

In 1991, Ed Coan performed a lift that most consider as one of powerlifting’s most impressive feats. He pulled the record setting 901 lbs at a bodyweight of 220 lbs. This record stood for over two decades until only recently being broken by Yury Belkin and Cailer Woolam.

And in 2011, Benedikt Magnusson completed the heaviest raw deadlift, which now sits at 1,015 lbs. And of course, we can’t forget Eddie Hall’s 1,100 lb deadlift that he completed at the 2016 World Deadlift Championships. Yes, he performed this lift with straps, but it’s worth a mention in this historic deadlift article, as it’s the highest recorded deadlift performed to date.

The deadlift has a an interesting history, and continues to grow as strength sports do. Currently, the best deadlift with straps sits at 500kg, but we have a feeling it won’t last too incredibly long. In addition, we’re in a time when strength sports are at their highest level of popularity, which is creating new records within each weight class almost routinely.