If heat exposure is a staple in your recovery routine, or if you’d like it to be, you might not need access to a sauna or steam room.

There is always a way to mimic the benefits of daily sauna sessions. For those of you lucky enough to have one at home, read this piece through until the end. You might learn a few tips for the future if you’re ever on the road, competing away from home, or just need an alternate way to get your muscles set for the next day’s workout.

As long as you’re able to recover properly and bounce back from it, submitting your body to levels of stress is the best and only way to promote growth. From a physiological standpoint, when your body undergoes thermal stress — something like what you’d experience during your workouts — your cells up the amount of heat shock proteins released to help reduce protein build up and transport repair proteins (1).

Upregulating the production of heat shock proteins (HSPs) generates a ton of positive effects on a biological level for anyone from your average Joe to your high end athlete. They may prevent disease-causing mutations, repair damaged and misfolded proteins, and they also help release more natural growth hormone(2)(3).  In other words, HSPs help your body benefit from conditions that otherwise could be lethal if presented at a higher dosage.

Now, in terms of DIY thermal exposure, there are many ways to mimic the effects one would get from regular weekly sauna sessions. The goal is to replicate the type of stress your body undergoes when being exposed to higher temperatures.

Editor’s note: The content on BarBend is meant to be informative in nature, but it shouldn’t take the place of advice and/or supervision from a medical professional. The opinions and articles on this site are not intended for use as diagnosis, prevention, and/or treatment of health problems. Speak with your physician if you have any concerns and before undergoing any new fitness or nutritional regimen.
Some of these practices may increase the risk of overheating — if you experience discomfort, stop the activity immediately.

Any type of activity where you find yourself feeling warmer or sweatier than at your rested state, you’ll kickstart the natural release of heat shock proteins. Most studies have recorded results from cardio induced stimulus to the body (4). However, the 2001 study “The HSC/HSP70 increased 1,064% in the exercised sample while HSP27 increased by 234%” showed drastic changes on two types of heat-shock proteins after performing eccentric contractions to create enough damage to the muscle tissue (5).  This suggests you might get more release of these proteins hitting the squat rack rather than choosing the treadmill.

The only downside? It’s harder to sustain a consistently elevated core body temperature during a training session to receive the same benefits one would sitting in a sauna.

To get the most bang for your buck in terms of HSPs release, try layering up more than usual during your next session to help reduce any cooling of your body during resting periods. (Ever noticed how Kai Greene is always layered up in sweats and a hoodie when he lifts?)

A 2017 study in the Journal of Sports Science suggests that while subjects tested showed somewhat of an increase in HSP release (0.01ng/ml) on an arm crank ergometer, elevating your core body temperature produces a higher HSP release (6). They also recorded a 5.2ºC spike in maximal heat storage and 3.3ºC increase in skin temperature from subjects wearing non-permeable gear.

So, if you’re looking for the slightest edge in muscle growth and improved recovery, take advantage of this easy adjustment the next time you train.

Now, don’t take this as an invitation to skip all your meals today for some gains — there’s a little more to this than just not eating, period.

Most studies done to evaluate the effects of fasting or calorie restriction on HSP were performed on older adult rats and were focused more on how it affected HSP production decline due to aging.

This one from 2005 proved calorie restriction could have some impact on improving HSP in humans but needed further research to prove this idea (7).

Come 2011, though, a study was published in the Singapore Medical Journal testing subjects undergoing fasting for Ramadan (8). On day 3, subjects showed an average HSP increase of 0.3ng/ml and then an average increase of 0.45ng/ml on day 35 . This suggests restricting your eating window temporarily could help your body’s production of these proteins and improve long term ability to synthesize proteins.

While the degree of what you’ll get from a hot bath (or shower) might not be the same as what you’d get from a sauna, you may be able to give your body a similar response in terms of heat-shock protein release. These subjects from a 2017 study proved just that — after being immersed up to their waistline in 40°C water for 1 hour, they saw a spike of HSP from 23% to 39%.(9)

The one drawback to hot baths is everyone’s unique sensitivity to hot water. The 16% variance recorded from this study was largely due to differences in total body mass and body fat percentage (leaner individuals saw a bigger increase than the others).

Remember, saunas are a just box of hot air, but when you add water into the mix our sensitivity heightens. The water should be hot enough to the point where you start sweating after immersing yourself for a few minutes.

Nothing will precisely replicate the exact effects you’d get from a sauna, but these definitely beat not exposing yourself to heat at all. Increasing the level of discomfort your body experiences when exposed to thermal stress is an easy way to help the production and release of heat shock proteins.

If you’re training under heavy load pretty regularly, your muscles are most likely accustomed to that type of stress. Mix it up with a hot bath after training to really maximize growth and recovery or layer up with a long sleeve even though summer is here. If the discomfort is tolerable and gets you feeling hot just after a few minutes, stick with it and let biology do its work. 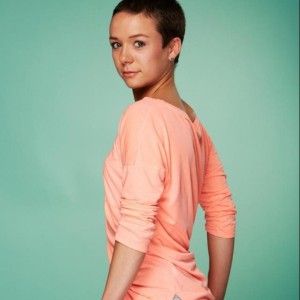 From a very early age, Thea has demonstrated a strong passion in various creative endeavours. She began dance lessons at the age of 4 which played a big role in developing her work ethic and natural competitive edge. She has studied many disciplines of dance including ballet, tap, jazz, lyrical, contemporary, modern, hip-hop and ballroom. She has won many awards, scholarships and titles for her dance performance, costume design and choreography at dance competitions in Canada and the US. Outside of the studio, Thea could be found either drawing, reading, journaling or behind the lens of a camera.After shifting her career focus in 2015, Thea decided to press pause on her 16-year relationship with dance to pursue her passion for health and fitness. She found CrossFit in April of 2015 and started training solely in Olympic weightlifting in February of 2016. She is now ranked as 2nd best female in British Columbia in the sport. With a recent 5th place finish in the 63kg female class at the Senior Canadian Weightlifting Nationals, Thea is eager to continue her journey in weightlifting as a 59kg lifter with hopes to compete for Canada Internationally.Still feeding her thirst for creativity, Thea looks to inspire others in the fitness industry by capturing her own experiences through writing, photography and other methods of artistic expression.