Of all the big compound exercises, it can be the hardest to convince people why the deadlift is such an incredible movement. It’s not only safe — when done correctly — but insanely effective at helping practically anyone to achieve their goals, whether they’re a strength athlete or a desk jockey who wants to look and feel better. Is it really worth the hype?

Oh, hell yes. The next time you hear anybody question the magic and wonder of the deadlift, this’ll set ’em straight. 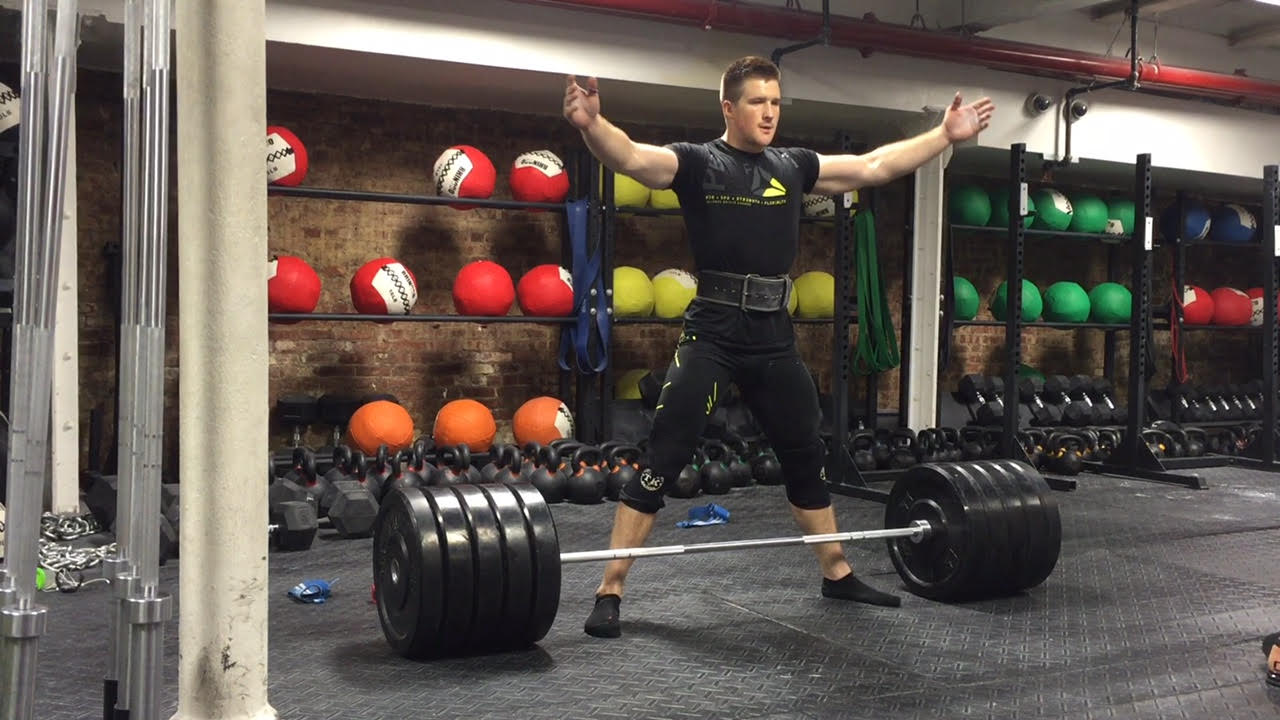 We can argue all day about whether the squat or the deadlift is the king of exercises, but look: no caveman squatted under load. He slayed deer, lifted ’em, and dragged them back to his cave. We tend to use “lift” to describe almost any exercise, but a deadlift is straight up lifting something heavy off of the ground. It’s the alpha and the omega of lifting. Barring injury and other medical reasons, no human body should be incapable of a deadlift.

The gluteus maximus is the biggest muscle in the body and of the three powerlifting movements, nothing targets the butt as hard as the deadlift. Strong glutes transfer to better endurance, power, and pain prevention— your heinie is the engine that drives your machine. Dormant butt syndrome is a real thing that causes back, hip, and knee pain to millions. Don’t be one of them!

Nothing says power like cobra-like traps. Deadlifts hit the posterior chain all the way up to the neck, and strong traps don’t just make you look like a badass, they make your shoulder and neck more resistant to injury. Hit ’em with deads!

4. A Flood of Anabolic, Fat-Burning Hormones

Deadlifts are the everything exercise, and when one exercise works that many muscles, from the thighs to the core to the neck to the grip, it triggers a cascade of beneficial hormones like testosterone and growth hormone. That doesn’t just mean stronger muscles and bones, it means less body fat and better mood, immunity, and sex drive. Speaking of which…

You know what that means. A cleaner triple extension, which will carry over to smoother snatches and cleans.

6. Wide Lats and a More Injury-Resistant Back

A good deadlift engages and strengthens the lats, and yes, big lats are cool. They fill out a silhouette and give an unmistakable appearance of strength and functionality, but remember that this is a long-term investment in your health. Back pain is a leading cause of disability in Americans of all ages and a strengthening your posterior chain is one of the most effective ways to delay or even prevent it.

Forget crunches. If you want to move serious weight with a neutral spine (and you do), you need a strong, stable core, and we’re not just talking about the six-pack. Deadlifts work the core all over, from the spinal stabilizers to the lower back.

We all like trophy muscles like pecs and biceps, but for overall health and function, you want to look better leaving a room than you do walking in. The posterior thigh can be one of the most neglected areas on the body, but powerful hamstrings make you run faster, jump higher, and accelerate with more explosive power. Few compound exercises hit ’em as well as a nice, smooth deadlift.

As a test of overall strength, your deadlift numbers matter. Whether it matters more than the squat or another exercise, of course, depends on the lifter, but let’s be honest: when someone wants to know your PRs, your deadlift is one of the first things you’ll start talking about.

A video posted by Jerry Pritchett (@jerrypritchettstrongman) on Sep 26, 2016 at 6:10am PDT

Back in the old days, men worked out by working hard. They carried heavy loads and had the grip, forearm strength, and crushing handshake to match. Big biceps and strong quads are one thing, but this is an area in which the modern athlete often falls short. When grip is the weakest link in the chain, your lifts, pull-ups, kettlebell swings, and countless other exercises suffer. Deadlifts aren’t the only grip exercise, but they’re among the best. Build a grip like an old man.

Want to mix things up? Sumo deadlifts, Romanian deadlifts, trap bar deadlifts, and rack pulls all offer different benefits and all can find a place in a well-constructed training program. There’s plenty of deadlift variety for when you want to switch things up.

Sloppy posture doesn’t just come from internally-rotated shoulders. It comes from a weak core, sleepy glutes, and even undeveloped hamstrings and lats. The deadlift conducts a glorious symphony throughout these muscles, building their strength, drawing them into alignment, and solidifying their role in keeping your back straight, shoulders back, and chest proud.

The deadlift that brought me into the 1000lb Club.

Deadlifts are a perfect storm of full-body muscle strength and testosterone, and studies have shown that that these factors mean a profound increase in bone strength and decrease in osteoporosis risk. Strong bones mean a person that’s harder to kill. Be like Wolverine. Do deadlifts.