The IWF Junior World Championships start this Friday, June 16th in Tokyo and runs for an entire week, and we’ve heard it from the folks at USA Weightlifting themselves: CJ Cummings may be gearing up to break another world record.

The whole contest is streaming live from the IWF website at this link right here from 9:30am Tokyo time on Friday, which is 8:30pm Thursday night.

If you’re thinking to yourself, “Didn’t CJ Cummings already break a world record at an IWF World Championship this year?” you’d be right; he competed at the IWF Youth Worlds this past April in Bangkok.

We’ve been saying it for years now. CJ Cummings is a force on the international stage. That was evident today. His performance in Bangkok was incredible. We cannot wait to see what the future holds for CJ.

This Saturday, Cummings may attempt both the clean & jerk and total world records (youth category) in Tokyo. That said, his first priority is to win a medal and win the championships — and if he does, he’ll be the first American male to win back-to-back World Championships at any level in decades.

What makes this all the more impressive is that Cummings, who the Wall Street Journal once called “The LeBron James of weightlifting,” is 17 years old, and is competing in the Youth Worlds and the Junior Worlds in the same year, which have age limits of 17 and under and 20 and under, respectively.

Cummings still has three years of eligibility as a Junior.

Almost ready for Tokyo and Junior Worlds! Happy to have my @EleikoSport bar and weights to give me the competition feel every day I prepare. Get yours at Eleikoshop.com and use my code CJCummingsWorld to get 5% off #StrongIsHappy #Eleiko #Smooth #Weightlifting #AlmostReady #92%

Team USA is sending a total of twenty athletes to the Tokyo, ten of each sex.

If you’re wondering if Harrison Maurus is going to turn up, you’ll have to wait. He’s instead competing at the 2017 National Youth Championships, held in Atlanta from June 22 to 25, and the American Open Series II in Miami in July. 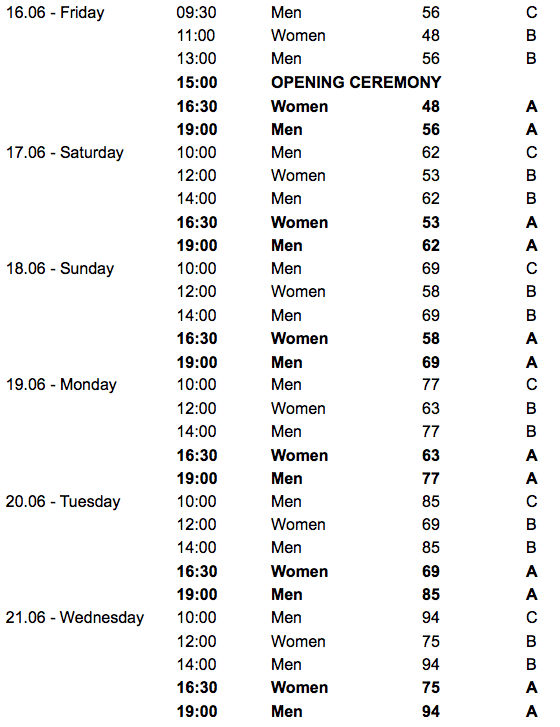 Note that all times are in Tokyo time. The whole event will be streamed by the Organizing Committee in Tokyo — remember to head to this link when you’re ready to watch.