The hamstrings are composed of three major muscles and they include the: Biceps femoris (outer hamstring), semitendinosus (middle hamstring), and the semimembranosus (inner hamstring). These muscles are responsible for knee flexion and play a role in hip extension.

In respects to sport specific movements, the hamstrings play a role in running fast, decelerating, knee stabilization, and the absorption of force when the body is being loaded vertically.

If you compete in a strength sport, lift recreationally, or play another sport, strong hamstrings can be a huge indicator for success. The hamstrings are heavily present in movements like the deadlift, sprints, Olympic movements, and any form of jumping that requires a strong stretch reflex.

To further our point, in a 2015 study published in the Frontiers of Physiology, researchers analyzed sprint mechanics and assessed how heavily various muscles were involved (1). They suggested that the strongest sprinters were able to produce the highest amount of horizontal ground force by activating their hamstrings the best. Below, we’ve included our five favorite exercises for building strong hamstrings 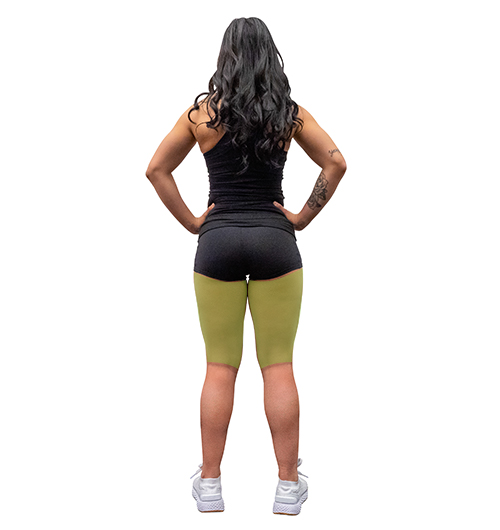 If you walk into any gym whether it be a sport-specific or commercial gym, there’s a good chance you’ll see someone performing Romanian Deadlifts, and that’s for good reason. The Romanian Deadlift is an awesome deadlift variation that requires the body to move weight with the sole focus being on a strong hip hinge. The hamstrings play a major role in our body’s ability to hinge properly.

The Romanian Deadlift helps strengthen the hamstrings by having them stretch during the eccentric (downward motion), then contract without losing tension during the concentric (upward motion). Possibly the best part of Romanian Deadlifts is how much carryover they can provide for things like regular deadlift strength, sports performance, and overall hamstring strength. Plus, this movement can be performed with things like dumbbells and kettlebells, so they’re easy to do in almost every gym setting.

It all starts at the hinge. Check our definitive Romanian Deadlift Guide! 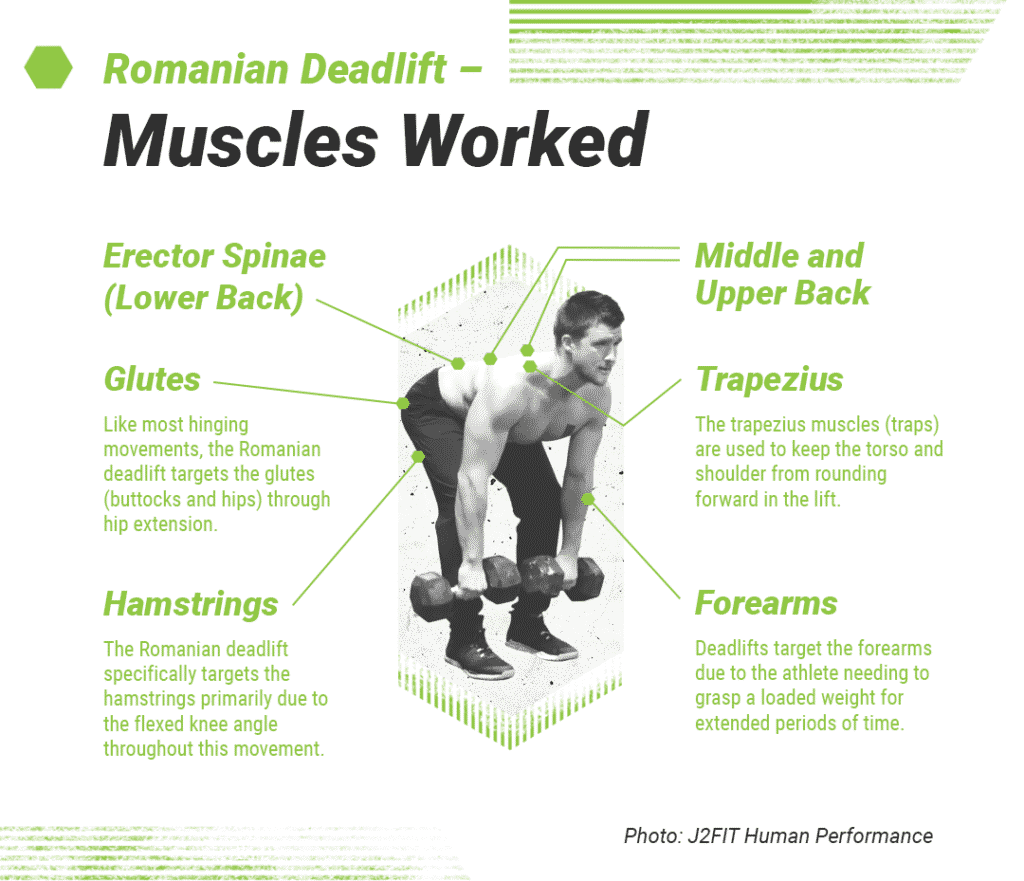 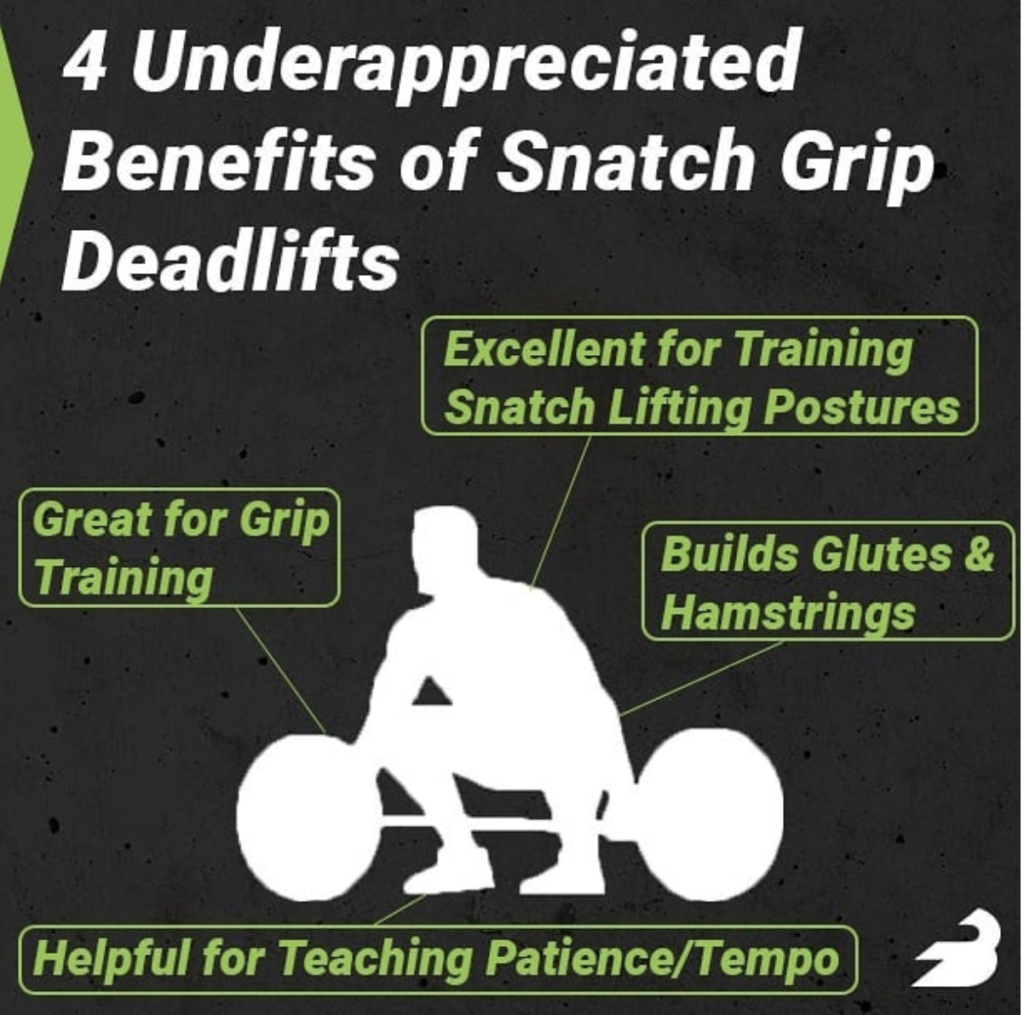 In addition to requiring a strong hip hinge and control over a barbell, the snatch grip deadlift is also very useful for strengthening grip. If you have the goal to build strong hamstrings and improve grip strength, then try out snatch grip deadlifts!

Alright, so you’re set on lower body compound movements, and you’re in need of an isolation exercise for the hamstrings, then it might be time to incorporate the glute ham raise into your workouts. This movement is an amazing hamstring exercise because it requires one’s full attention on the body’s ability to promote a controlled and strong knee flexion, which is going to require the hamstrings’ (and strong hip extension) to work extra hard in order to be successful with this exercise.

To further our point, a 2014 study published in the Journal of Strength and Conditioning Research assessed the differences in hamstring EMG ratings between the Romanian deadlift (RDL), glute ham raise, leg curl, and good morning (2). Based on the results of their study, researchers suggested that the RDL and glute ham raise were the best for promoting the highest hamstring EMG ratings.

Learn how to properly perform the glute ham raise with our in-depth guide.

Out of every exercise on this list, we’d recommend treating good mornings with the most care. This movement can be pretty tough to perform for beginners — and to air on the side of safety — should ideally be coached when one is first beginning them.

Once form is nailed down and a lifter learns how to setup properly for good mornings, they can be an incredible exercise for hamstring development and hip extension strength. Not only can good mornings improve hamstring strength and hypertrophy, but they’re very useful for developing the lower back as well. BarBend writer, and all-time deadlift world record holder Ben Pollack recommends performing good mornings for their benefit with lighter weight until form is completely perfect.

Ease into this movement and learn the basic with our good morning guide!

In our Nordic hamstring curl article, Bret Contreras, PhD, CSCS explains that, “The lowering phase of the Nordic ham curl will prepare the hamstrings for sprinting and help prevent signals. If you’re training for hamstring injury prevention, don’t even perform the concentric phase.” Needless to say, this movement can be performed in multiple ways and can be catered towards your lifting and sport needs.

Learn all of the benefits and form critique for this movement with our Nordic Hamstring Curl Guide. 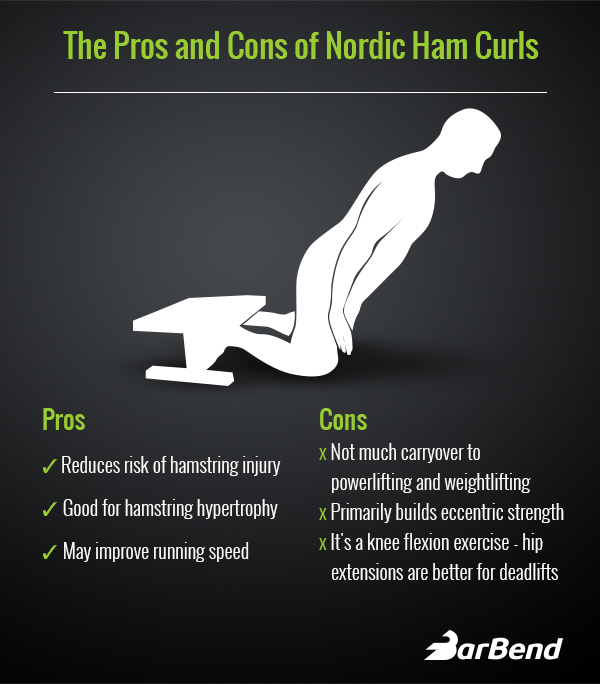 7 Hamstring Curl Variations to Spice Up Your Next Leg Day

The Best Hamstring Workouts for Building Your Legs

3 Leg Workouts You Can Do at Home with Dumbbells

Glute Ham Raise vs Back Extension

Watch Weightlifter Aleksey Torokhtiy Do Ballet In a Tutu

The Glute Ham Raise: Your Key to Stronger Hamstrings