3 Workout Splits to Get You Bigger and Stronger

Streamline your efforts in the gym for better gains.

The difference between smart training and haphazardly lifting weights is having a plan. Whether your goal is to build muscle and burn fat, get stronger, or become more athletic — you need to know what you’re doing and why you’re doing it. And an essential step in formulating a thoughtful training plan is choosing the right workout split.

A workout split is a schedule that separates training days by a body region or a specific body part. This divide-and-conquer approach to exercise allows athletes and general lifters to focus their efforts. Instead of spending hours in the gym working the entire body, you pick a handful of muscles to target and exhaust them. This calculated approach allows you to train with maximum effort. You won’t burn out trying to slog through a three-hour-long iron marathon. Workout splits allow you to work smarter and harder.

How Workout Splits are Organized

In high school, your split may have been bench press on Monday, chest on Tuesday, arms on Wednesday, and bench on Thursday. An effective workout split should include every major muscle at least once per week. Your end goal will determine how you organize your split. Here are three examples of different workout splits. They include:

A body part workout split has you train one to three body parts per training session twice per week. It’s a popular option among bodybuilders since body part splits let you train muscles more often for more growth.

The journal Sports Medicine published a meta-analysis that compared studies that investigated training muscle groups between one to three times per week with the same amount of volume (defined as sets x reps). The researchers found that training each muscle group twice per week resulted in the most hypertrophy. (1)

In bodybuilding, the main goal is to have a completely symmetrical physique with full muscle development. For that reason, most bodybuilders pair a larger muscle like the chest with a related smaller muscle like the triceps. Since both muscles work together in compound exercises like the bench press and pushups, it makes sense to pair them together. Other standard body part split pairings include back and biceps, and legs and shoulders. So, a body part workout split may look like this:

Tuesday: Back and biceps

Saturday: Back and biceps 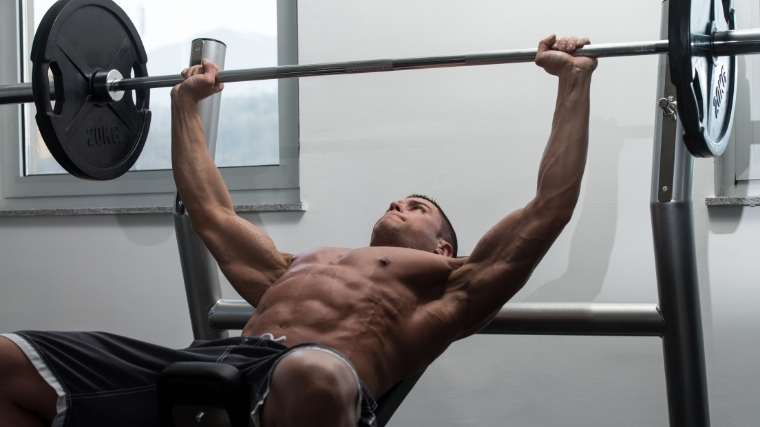 Typically, muscles need about 48 hours of rest to recover. Study the split above, and you’ll see that each muscle group gets three days (or 72 hours) of rest. In some cases, a bodybuilder who wants to bring up a weak point may train that muscle three times per week, tacking it on to a less strenuous day.

For example, say you’re following the workout split above but need to enhance your hamstrings. Keep the split as is, but add six sets of hamstring exercises onto the end of the first chest and triceps workout. Six sets is a low amount of volume so that you won’t be fatigued, but multiply six by 52 (the number of weeks in a year), and that comes out to be 312 extra sets of hamstring work.

An upper/lower split divides workouts into upper-body focused days and lower-body days. This split is excellent for beginners, people on tight schedules, and those focused on getting stronger. It forces the lifter to prioritize the basics and cut the fat from their program.

When training more muscles per workout, you need to be selective about exercises. An upper body workout targets not just the chest and triceps but the biceps, shoulders, and back. Instead of doing four to five exercises for your chest, you will need to do just one or two moves per body part or risk fatigue and injury.

That’s why we recommend focusing on compound movements — that is, exercises that engage more than one muscle. Isolation (or single-joint) movements such as curls, chest flyes, and lateral raises should be on the chopping block first. That’s not to say those exercises are useless, but they provide less bang for your buck. An upper-body day may include the bench press, barbell row, military press, and pullup. If you’re training hard enough, you won’t have much energy left to devote to the smaller muscles.

A benefit of an upper/lower split is that you’ll be in the gym less. You’re essentially condensing your workload into four shorter, albeit more focused, sessions per week. Don’t worry about your strength levels, either. You can still get strong, if not stronger, with less training frequency (that is, how often your train). Muscle gain is still possible on an upper/lower split, as well, but if aesthetics is your primary goal, then you may want to look elsewhere.

Here’s an example of an upper/lower training split:

This workout split is similar to the upper/lower split. The main difference is that a PPL split divides upper-body training into two categories, pulling and pushing. This split is prevalent in the powerlifting community because they can build their program around the “big three” lifts — the bench press (push), deadlift (pull), and squat (legs).

It’s also highly scalable in terms of frequency. Busy lifters can train intensely (meaning with more exercises for more sets, and reps) three times per week. Folks with a desire to hit the gym more often can lower their volume per session and do each workout twice a week. You can also train four times per week and add an extra push, pull, or legs session (depending on what you need to work on).

If you opt for the six-day-per week option, be intelligent about your training intensity and exercise selection. During the first three sessions, you can prioritize the “big three” and lift heavier weights. The last three sessions can be high-volume days to strengthen the smaller muscles, like the biceps, shoulders, and triceps. Six days of training is a lot, so don’t overdo it. Suppose you’re a powerlifter or strength athlete. In that case, you can use sessions 3-6 to focus on alternatives to the “big three,” such as the box squat, deficit deadlift, and floor press. 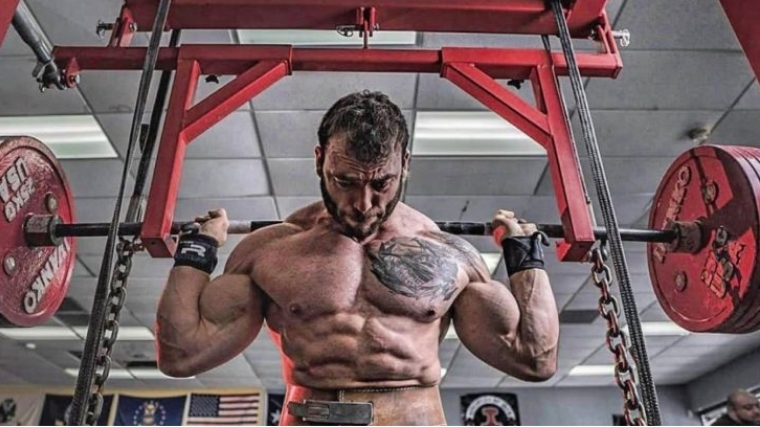 Here’s an example of a push, pull, legs split:

Your strength and size journey doesn’t end here — workout splits are just one part of the equation. For more information on how to get jacked and add pounds to your lifts, click on one (or both) of the articles below.